Free eBook: Get the Productivity Playbook for Better Mixes in Less Time
When You Buy the Best-Seller, Step By Step Mixing for Only $7!
Where Should We Send Your Free eBook?

4 Cheap-Ass Microphones for the Frugal Engineer 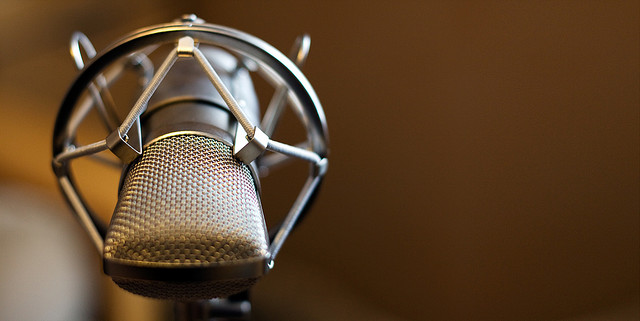 Expensive microphones are overrated. Cheap microphones can go a long way to getting the sound you want, and all without shelling out a fortune.

Now you may not want to buy a $1000 condenser microphone to start out, because you can get a great recording microphone for under $100.

I’m not saying that you shouldn’t upgrade when the time is right and you’ve outgrown your microphone, but don’t think that you can’t get a good sound with a low budget microphone.

Try out some of these options when you’re looking to start recording. Here are five condenser microphones that I’ve found that are under $100.

I’ve used the Perception 220 microphone a lot and if this mic is anything like it’s older brother then I can definitely recommend it to anyone wanting a cheap, but dependable condenser microphone. It has a bass roll-off which is good to have in your home studio.

This microphone blows everything else in this price range out of the water. It’s amazing how cheap it is but still sounds this good. Simple and easy to use and sounds amazing. The only drawback I see is that it doesn’t have a pad switch nor a bass roll-off which could pose a problem in a home studio session.

This recording microphone is a frequently mentioned microphone on the Gearslutz forums, as “great cheap microphones.” They’re supposed to sound great out of the box, but also lend themselves well to modding, if you have a DIY tendency.

To budget, or not to budget?

Noted, these are cheap microphones They might not hold their own against the $2000 recording microphones. But they certainly have their uses and for some applications and instruments might even win a microphone shoot-out with the big guns.

These are all viable and affordable options for the budget studio engineer starting out. You can also find other alternatives on Ebay where there is a constant stream of microphones going around for much less than the listed price. Who knows, maybe you can snag a $300 microphone for a fraction of the cost.

What are your favorite cheap microphones?  Let me know in the comments.

Free eBook: Get Better Mixes in Less Time When You Buy the Best-Selling Book Step By Step Mixing for Only $7!
Where Should We Send Your Free eBook?