Technically Poor, Emotionally Great – Why Vocal Precision Is Not The Be-All and End-All 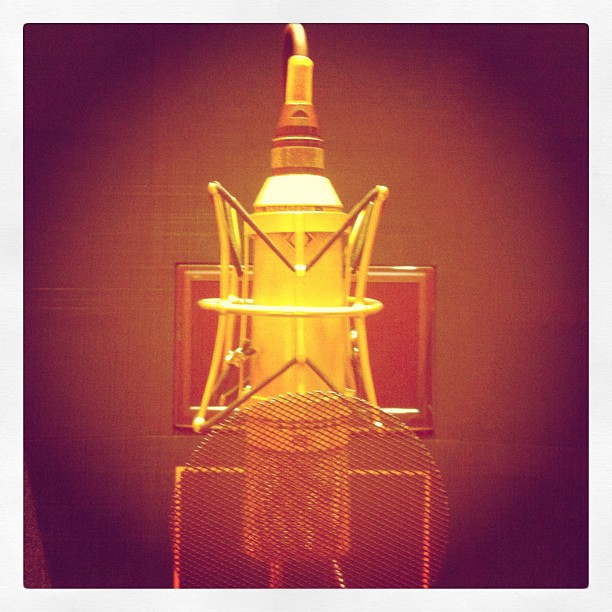 It is no grand statement to praise the technical ability of the elite vocalists. In the majority of cases it is a necessity to have not only a large vocal range, but an acute precision to hitting the exact note every time. (There is also the broad shoulders/ buxom figure, but that’s a topic for another day…)

There are many such singers, who tick all the necessary boxes, but it is often difficult to match this technical ability with the creative prowess of less mainstream acts, whether indie, grunge or punk rock.

While there are a distinct few who can tick both boxes (The Beatles, Grizzly Bear, Chris Cornell, and the soon-to-be-superstar Lana Del Rey come to mind), it’s difficult for artist merit to reach mass audiences without a sheen of technical perfection.

The King of Folk

There are a few exceptions to this rule that I want to focus on. Creativity and innovative writing deserve to be heard as much as prowess, which can grow repetitive and one-dimensional, especially in the pop music market. These flawed auteurs, when you find them, are just as powerful, if not even more so than any pristine vocalist.

The primary case for this is The Mumbling One, the folk maestro, Bob Dylan. Known for his drawl and importance on lyrics and story-telling rather than vocal ability, he has created over twenty albums spanning decades at the height of the folk scene, many of which are cited as some of the best in the world.

A reliance on technical ability would render the greatest song ever obsolete, if you listen to Rolling Stone magazine. It named Dylan’s “Like a Rolling Stone” as the best song ever written in 2004, reconfirming this claim again in 2011. The song is a fall from grace tale that is more fable than story that was written after a tiring tour of England.

The direct question “How does it feel?” in the chorus is more direct and confrontational than normally found in a single release, but it is this sincerity that brings depth and meaning to the song, and it is the thought-provoking nature of it that has charmed audiences to such an extent. This is despite its unconventional length; over six minutes. And, as I’ve said, Dylan’s vocal style is far from conventional.

Other vocalists that resemble this imperfect style haven’t reached a similar level of success in more recent times. In the past decade or so the pop genre has overtaken a lot of listeners and finding any alternative on the radio waves has become more and more difficult. Even alternative stations are stretching the lines of what remains to be alternative.

Genres, although a major part of the technical versus creative argument, are less convincing since they polarize opinions greatly. While the grunge scene of the 90’s, and even more so the punk scene of the 60’s celebrated the lack of perfection and even revelled in the lack of accessibility of the sound, relishing noise and celebrating non-conformity. Therefore, using them in an argument will immediately scare off most mainstream music enthusiasts.

Some off-kilter acts that have gained some success in recent times, have been Clap Your Hands Say Yeah, Neutral Milk Hotel, Eels, Conor Oberst and Spencer Krug’s bands Wolf Parade and Sunset Rubdown. These vocalists have all embraced their abilities, and while none of their vocals are immaculate, their song-writing and their vocal intent are unquestionable.

Some of these artists’ songs have been more entrancing than any that find themselves getting radio play. Neutral Milk Hotel’s ‘Oh Comely’ is a sombre love song written for Anne Frank that is more heartbreaking than any other love song I’ve heard. Listen to Jeff Mangum’s harrowing vocal as he sings “I wish I could save you in some sort of time machine.”

Clap Your Hands Say Yeah’s Alec Ounsworth and Conor Oberst of Bright Eyes have both drawn comparisons to Dylan in their drawl and insistence on immediacy and emotion over industrial performance. ‘Upon This Tidal Wave of Young Blood’ and ‘Lua’ are simply written but thought-provoking songs of wartime woes and relationship reminiscences. Both are honest, raw, and powerful.

The ardour with which these vocalists convey their novel and touching stories surpasses any indistinct, mass-manufactured polish, and these acts prove it.

While technical ability will always be desired, and should never be overlooked, it should not be a necessity for adding a track to your play lists. Nor should it hold you back from putting your ideas to record and embracing your voice, or lack of it. Raw emotion can surpass what is glossed and,

Remember; there is charm in those rough edges. Embrace them.

Conor O’Hagan is an Irish Freelance Writer. He enjoys getting lost in a good book, film or whiskey. Find him at www.conorohagan.com.