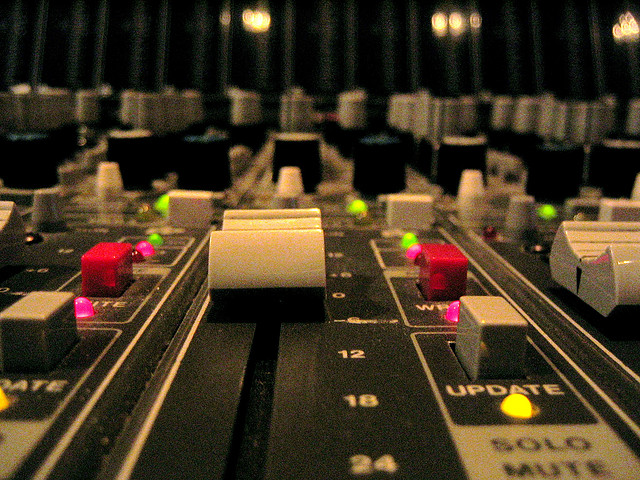 Live sound mixing is a bit different than studio mixing. It’s all happening in the now and there’s no undo or a chance to do another take. It’s more stressful but at the same time can be very rewarding if everything works out.

Things will inevitably go wrong at one of your gigs but maybe some of these live sound tips might help you out.

So next time you are mixing a live gig, remember these tips.

1. Be Vary of Feedback

This goes without saying. Feedback is not a particularly good friend of the sound-tech, nor the rest of the crowd. Be sure your system and microphones can handle the high level you’re going to give them and don’t turn all the gain knobs to the point of feedback. It will leave no headroom if you need to turn things up later.

2. Get the Drum Sound Right

Live drums coming over the P.A. can sound amazing. In my opinion it is one of the most important elements of sound. Getting the drum sound right can often determine the quality of the rest of the show. Make sure they are tight and punchy and you’ll win the crowd and artists over.

Some like to over-compress vocals in a live setting. They make sure the singer can be heard at all times and in itself is a valid technique. However, it can de-emphasize the feel and natural quality of the vocal. It all depends on the genre, so decide on this one yourselves.

Good monitor positioning is critical to avoid feedback and making sure the band can hear themselves. If they are too close to the artist the sound waves just travel around their feet, never reaching their ears. And if they are too far away, the sound of the monitors will get buried and masked by the stage sound.

In a small to medium concert venue, having the guitarists turn their amplifiers up too loud will compromise an otherwise great live sound.

Good monitor positioning and semi-quiet amplifiers will help fix any problems artist have with their stage sound. But if a guitarist insists on cranking his amplifier up to eleven just because it only sounds good that way, try turning them away from the audience. That way they don’t bleed as much into the P.A.

If you had a great sound-check and everything sounds good together, don’t think that you should be moving faders and changing be on the lookout for odd things that need fixing here and there during the songs.

Also, when you have a band sounding good you can focus on the creative part of the show, using effects, reverbs and delays. Especially if you know the band and their material, you can be a major influence in how they sound live.

7. Some Bands Mix Themselves

Follwing up on the last statement, some band just mix themselves. Once you have the sound up and running, some bands are just so good and tight live that you don’t have to worry about them. And that’s great, because that makes you look good as well.

It’s obvious there’s a lot to think about when you are doing a live concert, whatever the size of it. Just keep these things in mind and things will most definitely go more smoothly.

Now that you’ve got some mixing tips under your belt, it’s time to read the Ultimate Survival Guide to Live Sound and level up your live sound knowledge.