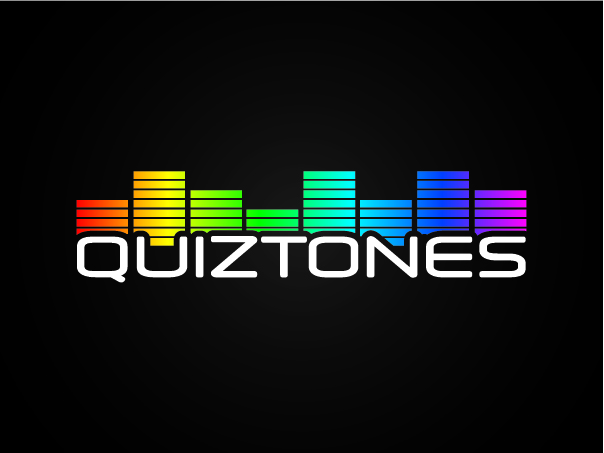 Knowing where to go when you need to EQ is a great skill to have. It’s much faster to instinctively cut that pesky frequency out of your kick drum than having to go through each part of the spectrum until you accidentally happen upon the right one.

Quiztones is a great little application created by skills.

I’ve done similar exercises using the Golden Ears program but nothing beats a free frequency trainer like his. Browse through the tabs and try your ears at the different frequency tests using sine waves or noise, vocals, drums and guitars.

Quiztones is available as an app for any of your igadgets, iPhone, iPad etc soon, so check it out at Quiztones.net.

Interview with Dan Comerchero of Quiztones & The Pro Audio Files

Dan is one of the few Twitter friends I have that I’ve actually gone ahead and met in person. We scoured the hallways of the AES convention and shared many an internet idea over drinks.

I decided it would be nice to hear the story of his success and how his idea came to fruition.

1. You’re quite the internet entrepreneur. The Quiztones iPhone app is not your first creation, where did you start in your entrepreneurial activities.

My first real online endeavor was 2-3 years ago with Staffnotes printable staff paper. Before that I was hustling my first baby. I was “the Staffnotes kid.” 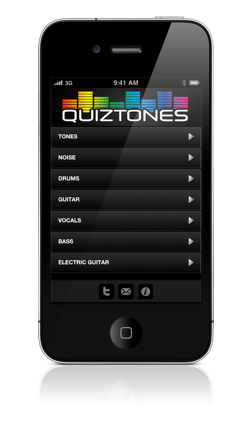 2. Explain to the readers what exactly Quiztones does. How did the idea for the original Quiztones program come about?

Quiztones is a frequency ear training app for audio professionals and musicians. The idea started at McNally Smith College of Music when my teacher Joe Mabbott quizzed us on different frequencies using a tone generator.

At the time, I was already working with flash developers building Staffnotes, so I thought it’d be easy enough to just have them code a web-based Flash app that quizzed you on different frequencies.

4. How did it develop into an iPhone app?

After getting a positive response from updates to the web-app, I pursued the Quiztones iOS app. My original Quiztones vision was actually a mobile app. At the time though, I was working at Apple, and they don’t allow employees to release their own apps.

I figured I would just build a web-based version first, and by the time I left Apple to fulfill my raging entrepreneurial desires, I would already have a solid framework in place for the Quiztones app. Then about a month ago, I crossed paths with Audiofile Engineering and we partnered to release the app.

5. What are your future plans with Quiztones?

Partnering with Audiofile Engineering has been very beneficial. The technical innovation that Audiofile Engineering brings to Quiztones is incredible. They’ve actually authored their own proprietary DSP for iOS, which is currently featured in their brand new FiRE 2 – Field Recorder App. We plan on integrating their EQ & dynamics processor into the next version of Quiztones.

6. What other things have you got going on?

Well, when I’m not working on Quiztones or theProAudioFiles.com, I’m in front of my computer wondering why I’m not working on said projects. Just kidding, I occasionally leave my room. To go to the coffee shop and work. Aside from being an entrepreneur, I’ll always be a musician and a drummer. The last few years, I’ve been heavy into production and mixing. That was actually my initial inspiration for creating Quiztones & theProAudioFiles.com – simply to learn and to help others learn too.

Dan certainly has many interesting things going on; thanks for taking the time to give me a quick interview. Make sure to check out his Quiztones app at Audiofile Engineering as well as his website TheProAudioFiles.