How To Get Your Guitar Production to Fit in the Mix 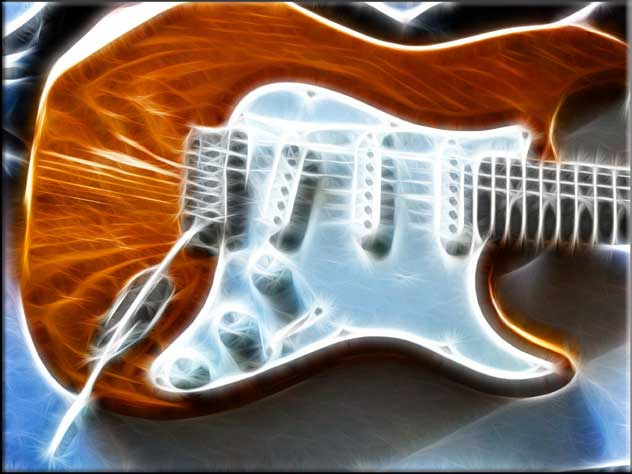 Have you heard the mixing advice about how it doesn’t really matter how things sound in solo?

It’s how it sounds in the context of the mix.

And of course, it all depends on how it fits with everything else.

A few years ago I was mixing a song at the SAE Institute in Madrid. We were in one of the smaller control rooms and a few of my classmates were listening in on my mix.

All of a sudden my friend Gerry says:

What’s with your guitar? That’s not how it sounds!

He was talking about the the sound had much more high-end sheen than low-mid body.

He didn’t dislike it. He had just heard me playing it a lot outside the studio so he was surprised by the different sound it had on the record.

But the fact was, it wasn’t a guitar song. It was a piano-driven song with the acoustic guitar acting solely as a backing instrument.

I had filtered out much of the low-end, cut the mids but increased the presence and the highs.

All to make it stand out on the strum-side, while not conflicting with the main piano part.

When solo’d it sounded terrible.

But in the context of the mix, it sounded perfect. Exactly as I wanted it. Pure shimmering strumminess.

Getting the electric guitar to fit, and decisions.

If you’re struggling with the production aspects of the guitar, maybe you’d be interested in Joe Gilder’s Recording Electric Guitar class. He’s only offering around 50 seats, and the longer you wait, the more expensive they become.

Better hurry and check it out: