How to EQ Like the Grammy Winning Engineers at AES 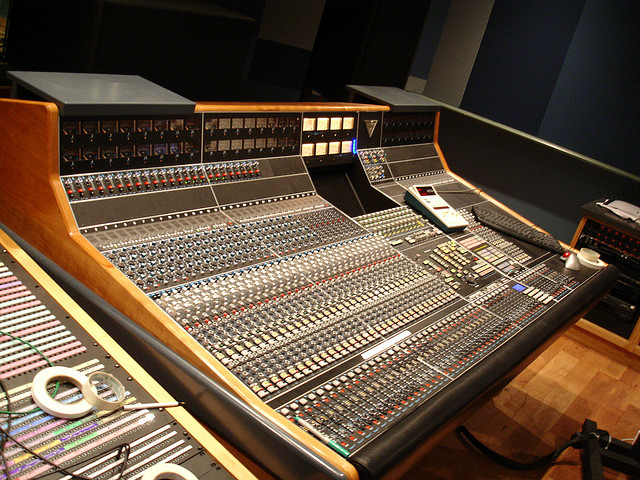 Here are some more tips from AES, this time about how to EQ.

Sometimes it’s frustrating to hear these experts talk about their sessions. They have such great gear, and they can record in amazing studios.

It makes you feel inadequate, because it’s obviously much easier to get great tracks going if you’re working with top of the line equipment and performers. But at the same time you can really learn from their perspectives, even if you’ll have a much harder time achieving the same sounds.

I forgot who it was, but when the Grammy panel was asked about how to EQ, someone uttered:

That made the crowd laugh. However, it’s a valid point. There’s a ton of EQ’ing you can do by simply changing the microphone or moving the player around. It’s a lot more hassle than just tweaking the EQ during mixing, but by getting the sound as good as possible at the source will give you more experience with mic technique.

If you do need to EQ after recording, the old mantra of “cut rather than boost” is still just as valid. Subtractive EQ helps you avoid adding unnecessary gain to your signal.

Push the fader up! You gotta fill your frickin’ speakers!

So make sure you increase the volume so you don’t automatically think it sounds worse just because it sounds weaker. It might just be your speakers.

Learn from the Experts

I know you wish you could just give those experts a call whenever you had a question right? It would be awesome to have a few dozen Grammy winners on speed dial right?

Well, I’ve got the next best thing. These two experts are duking it out each month, giving their subscribers in-depth mixing tips on how to EQ, compress, create space and just basically take a mix from raw tracks to produced perfection.

You might have heard about them, Joe and Graham from HomeStudioCorner and The Recording Revolution?

Learn from their at Dueling Mixes:

If you want even more, I made an EQ course to teach even more. Don’t have a lot of time? Start to finish it is 5 days, packed with 70 hacks to improve your mixes.