How to Take the Pressure Off Your Vocal Recording Session 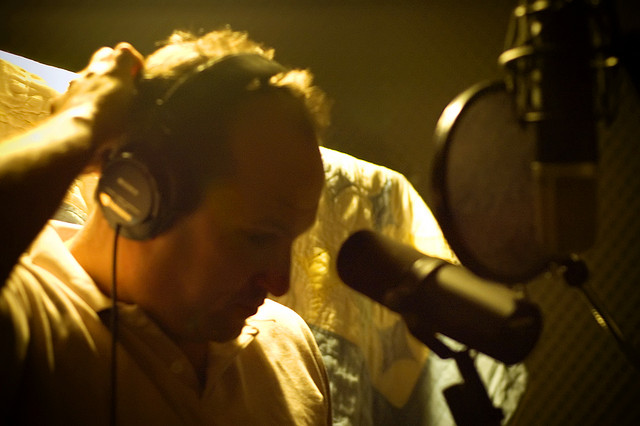 At the end of the day, it’s all about the vocal.

And because of that, there’s intense pressure to nail that vocal. The pressure goes both ways, to the engineer as well as the vocalist.

The engineer feels pressure about setting up the microphones correctly, selecting the right mic for the job and making sure all the preamps and outboard gear works when he’s tracking the vocal.

The vocalist feels pressure about the quality of the performance and whether the vocal chords are warmed up and ready for the job.

So in the end the pressure falls harder on the shoulders of the vocalist because the engineer knows that even if he makes a mistake, nobody will notice if the vocal performance was amazing.

At the Potluck conference this weekend, there was a panel on “vocal recording and production.”

One of the panelists was Andrew Scheps, a legendary producer and engineer who’s worked with Black Sabbath, Metallica, Red Hot Chili Peppers and U2 to name a few.

He recognizes this pressure to perform from the vocalist and he has an interesting workaround.

He doesn’t make the vocal recording the focal point of the session, but rather tries to sneak in a vocal take here and there. At the end of the day he’ll suggest something like:

“Hey, let’s do a quick vocal on this song for fun?”

Or he’ll treat it as a warmup before they focus on something else for the rest of the day.

It takes the edge off the singer, since it’s just this off-the-cuff performance just for fun.

Take the Load Off

Next time you feel that your vocalist is feeling too stressed about performance, try to take the load off by refocusing the session on something else.

Sneak in a vocal session at random times. Start the day off by grabbing a “guide than any of the stressed out takes you’ll get later.

In my “Ultimate Guide to Great Vocal Recordings” in Recording Strategies I go through all the steps you need to think about when the time comes to focus on the vocal.

All these things matter whether you’re in “vocal recording mode” or just trying to “sneak one in.”

Check it out here: www.audio-issues.com/strategies