Reverse Mixing – Improve Your Workflow and Enhance Your Efficiency 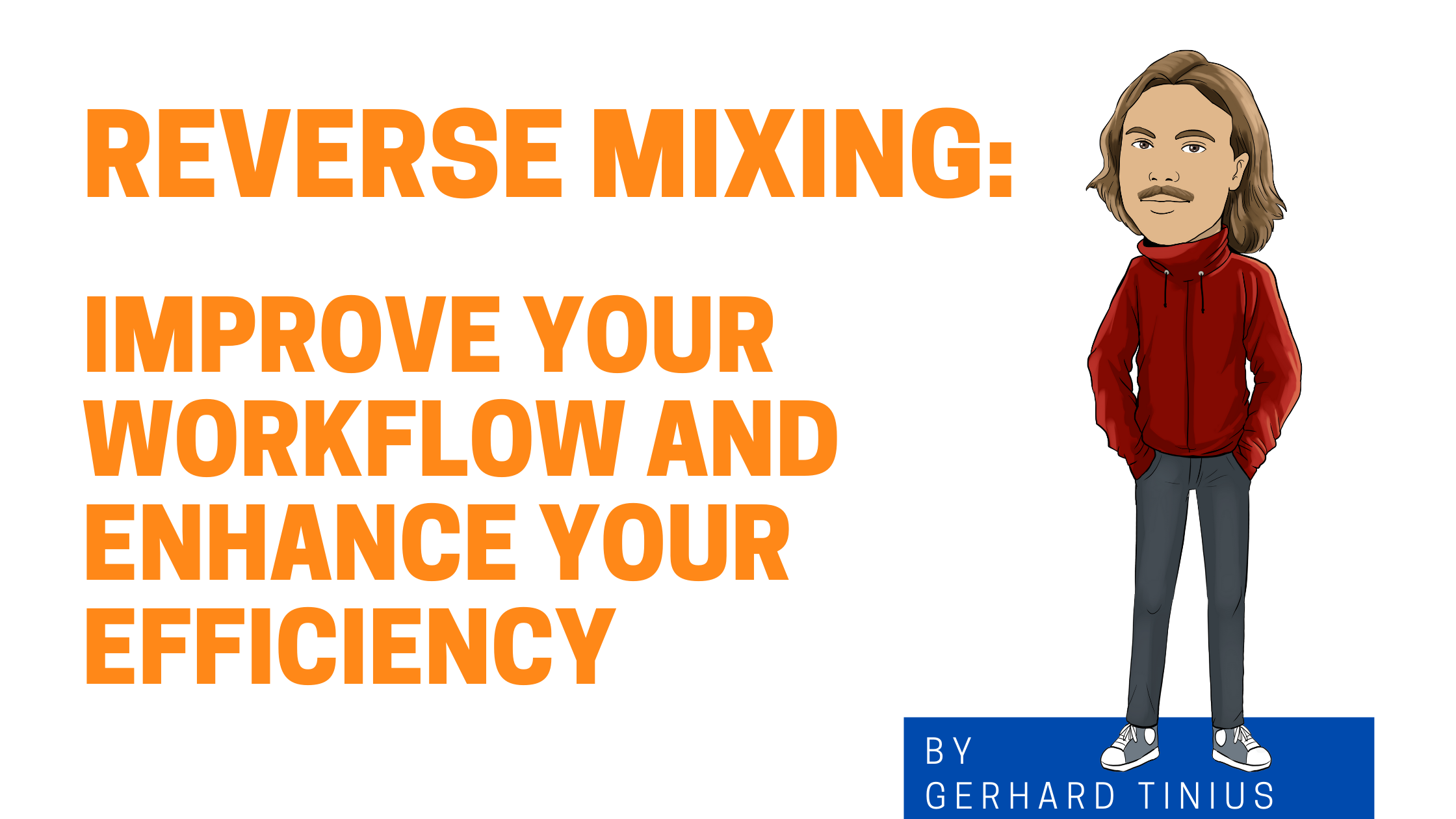 Starting out, that’s the most logical thing to do. In order to understand how different elements work in relation to each other, understand your tools and develop your analytical hearing. Mixing things individually is great.

But as you further develop, gain more experience and get familiar with various tools and techniques, it might be a good idea to step up your game to become more efficient and get more work done with less effort and hopefully get even better results than before.

That’s where the brilliance of reverse, or backward, mixing comes in. So in this article, I will go through what reverse mixing actually is and how it can improve the sound of your mixes, your workflow, and your efficiency.

What is reverse mixing?

Reverse mixing is, as the name indicates, mixing in reverse order. Instead of starting out by treating all your tracks individually, you start by treating the song as a whole by processing the mix bus (or master fader).

That being said, it is a good idea to first start by setting the levels and panning of individual tracks how you want them and organize your mix session in an understandable and productive way.

Beginning at the end

By treating the mix bus first, you can alter the overall sound of the song in a much more effective and maybe even more useful way. If your mix is lacking some high end, instead of adding +1db of high end on individual tracks, you can simply add some high end to the entire mix on the mix bus. This also allows you to keep the original vibe and energy from the song, and that is a major key in our job as mixing engineers.

The same idea applies for other types of processing. If you feel the overall mix is lacking punch or has too much or too little dynamics, there’s no need to spend hours tweaking individual tracks when you can achieve the same result by simply adding a compressor or whatever fitting processing tool on the mix bus itself.

When necessary treatment to the mix bus has been done, it’s time to move on to group buses. If you’ve set up your mix-session properly, you’ll hopefully have aux/send buses for your different instrument groups; drums, bass, guitar, vocals, synths, etc.

Treating the group buses gives you the possibility to shape the overall sound of your instrument groups, glue them together, clear up unwanted frequencies that become very present when the elements are all played together, and focus their energy in their desired frequency range.

You don’t always have to go crazy when doing this sort of processing. Simply some EQ to remove unwanted frequencies and boosting wanted frequencies might be enough. Some gentle compression with a generally low gain-reduction might also help make the elements flow better together.

That being said, sometimes you do want to go crazy to really bring out the energy from your tracks. It all depends on your mix. so don’t be afraid to try out different stuff!

The good thing about treating group buses is that it’s a lot easier to A/B your processing, undo and change stuff than if you’ve, for example, put 5 eq’s on all your individual drum channels. This can many times be overwhelming and kill your motivation, so keeping it simple with group processing is a good alternative.

By shaping and processing elements in groups, you also get a better overview of how the various elements will be perceived by the listener as a whole, which is what truly matters.

When you have processed your mix bus and your group buses, it might be time to do some detailed work on individual tracks.

Hopefully, at this point, you’ll have a more or less complete mix, and treating individual tracks will mostly serve to clean up unwanted frequencies and apply processing you don’t necessarily want on all your group tracks.

Maybe you want a huge reverb on your snare or a ton of distortion on your lead synth. Those things are usually a good idea to apply on the individual tracks you actually want them on.

Some elements might not sound exactly how you want them after you’ve done your mix- and group bus processing and some unexpected issues might become more obvious in the mix. Messing around on your group bus or mix bus might screw up the work you’ve done too much, so it’s then better to locate the issue and fix it directly at the source.

Here you might think, “Why not just fix those issues in the beginning?”.

The reason for that is that issues that seem prominent when you start your mix from scratch, might not be as prominent when you’ve balanced your tracks and shaped the mix as a whole to your liking. Because various frequency responses and dynamic differences make for different issues.

Besides, our job as mixing engineers is not to make individual tracks sound great individually. Our job is to bring out the life and energy of a song in its whole in a professional and presentable manner. Because that’s what people will hear.

I hope this has given you some ideas and opened your mind a little bit when it comes to mixing approaches. Mixing is not about how much you do or how technically perfect you do it, it’s about how good the song sounds.