Synthesis Basics: How to Create Audio Effects From Scratch 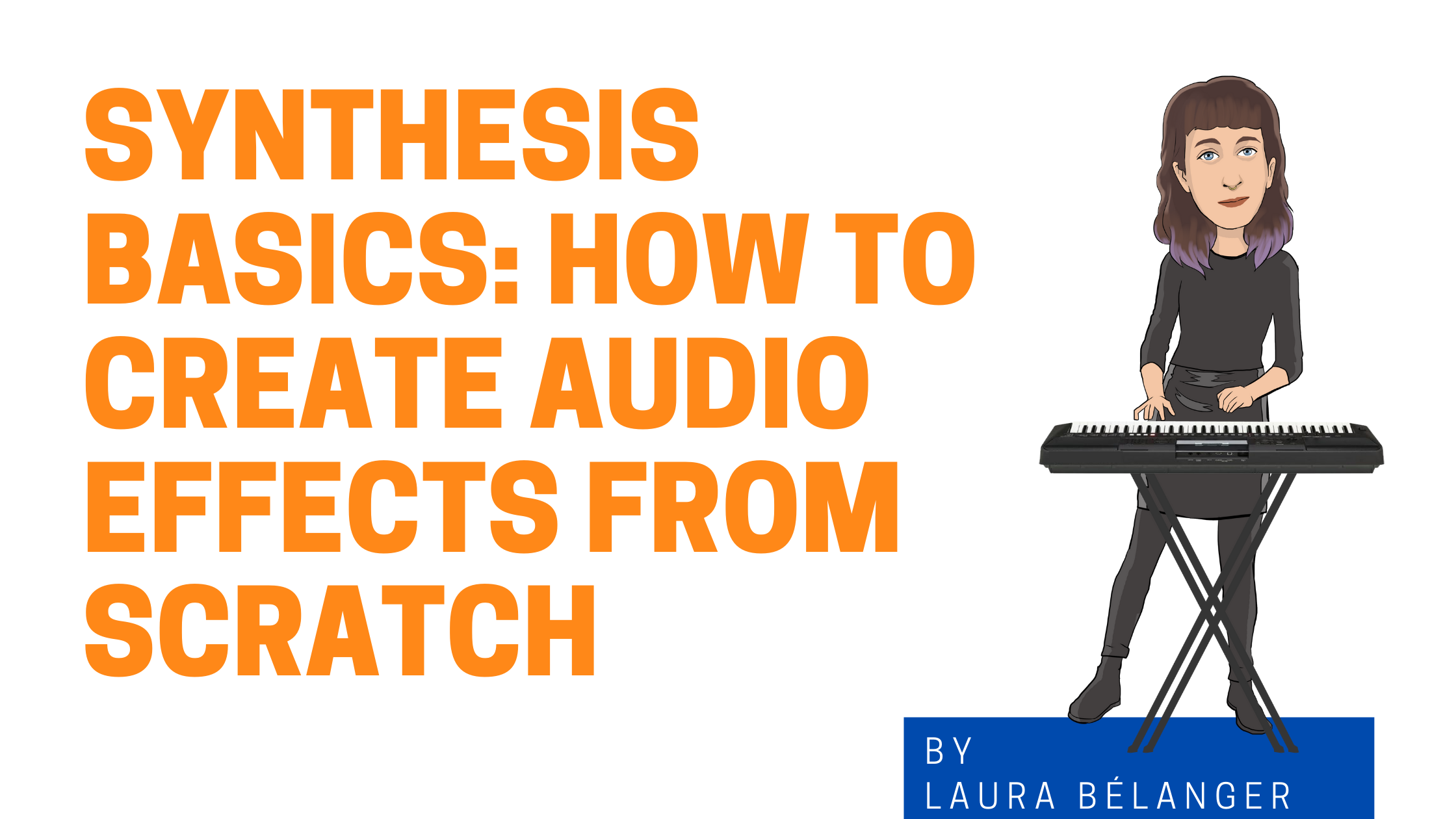 Most DAWs have a lot of stock plug-ins that come included for creative effects and more.

Sometimes, though, it’s fun to know how to create those effects from nothing, either if you don’t have the appropriate plug-in or you just want to learn more about how sound works.

With some very simple techniques, you can create an amazing number of interesting and enhancing audio effects on your tracks, either it is a signal generator, a virtual instrument, a sample, a loop, or anything basically!

Today I will show you how to create some of those effects from scratch only using some synthesis basics and some sound design techniques that you can either use with your own recorded sounds, samples, or even with a simple signal generator that you can find on any DAW.

What Really is Synthesis Anyway?

Sound synthesis is the technique of generating sound, using electronic hardware or software, from scratch. The most common use of synthesis is musical, where electronic instruments called synthesizers are used in the performance and recording of music

What is used at the beginning of the signal chain to create these sounds are oscillators. An oscillator is a circuit or instrument for producing an alternating current or voltage of a required frequency.

There are multiple types of sound synthesis (additive, subtractive, FM, linear, AM, and so on…). But we are not going to go too deep into that for today as we could just describe all of them for pages.

Today, we will go right to the point by showing you some universal useful sound design techniques and some of the creative effects you can create with them!

Pay attention to their locations, frequencies, dynamics, and more to make them fit well together.

What you can create with layering:

Chorus! By combining two identical audio signals, detuning one of them about half-tone, and spacing them with a 15 to 35 second delay time, you will create what we call a chorus effect.

Very popular on guitars and vocals, but can be applied on a variety of other instruments and pads.

Echo! When the delay time of two identical audio signals is beyond around 50 ms, you will begin to perceive two distinct sounds resulting in an echo effect.

Time manipulation is one of the easiest and most effective techniques.
It consists of modifying the original sample duration by shortening, stretching, or reversing the sound.

This one is particularly interesting in our digital world because stretching digitally a sound can create artifacts (new electronic sounds that weren’t there before the stretching) and this can bring you to places you never thought of, as it is random.

Also, shortening or reversing the sound will give a completely different result from what you had initially and can also lead to a word of possibilities.

At that point, it is really to try and try again to discover more.

What you can create with time manipulation :

The automation is a change of parameters or levels. It can be generated on volume, panning, frequency, plug-ins controls and tons of other parameters.

There is a lot you can do with automation, but here are some ideas

What you can create with automation :

Vibrato! Vibrato is a slight quick change of pitch in an instrument or a tone.

Automate the pitch of your track from -10 Hz to +10 Hz rapidly (about every 1/16 notes) to create a nice vibrato effect.

You can adjust the rate of the vibration by automating faster or slower to fit your sound or instrument best.

Write your automation while listening to the track and try to find the best feel as quantized automation will sound really unnatural for the vibrato.

Tremolo! Tremolo is a quick change of amplitude in an instrument or a tone.
Automate the volume of your track from minus infinite to however loud you want it to be. The automation should look like a square wave going from up to down about every 1/16 notes.

Wah Wah! Create a bandpass shape eq of about 200 Hz range so that all the high and low end of the sound disappear. Then rapidly automate the bandpass eq frequencies from left to right between 400 Hz to 2000 Hz.

Normally, a wave shape automation will work best for a natural feel.

Those are some simple techniques to start with, though there are tons and tons of ways of creating and modifying sounds!

It’s a world of 1000 possibilities that can go beyond your imagination!

LOF is a music producer, and audio engineer based in Montreal, Canada. She also works as a Front-of-house (FOH) engineer for live shows with different artists from her city. She completed a bachelor in Communication and Marketing in 2014 and uses that knowledge as an extra value to help her clients navigate their way through the music business!