What Parts Of Production Are Best For Home or the Studio? 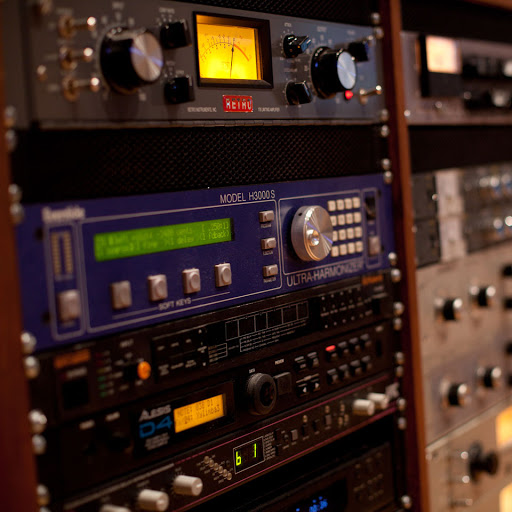 Where Should You Record Each Instrument

Over the years, every artist I’ve ever worked with has been critical of their budget to some extent.

Before we ever start recording anything, we’ll always have a pre-production meeting. During this get together we’ll discuss numerous things about their album. However, the budget is usually a big conversation piece. If there are issues with the budget. Meaning, it won’t be possible for me to produce or mix their album on that budget.

We will still look for alternatives. Or, if the artist has a history of producing music at home we will look at how to keep their quality up while saving on their budget. Hopefully, this will help you, the same as it’s helped many of my clients over the years.

What Parts of Production Are Best To Do At Home?

This would be the first suggestion I have for any artist looking to save on their budget. Background vocals are easy to record. One microphone, and you’re ready to go. The quality doesn’t need to be the same of a lead vocal. It will actually blend better if it isn’t anyways. Recording these at home is a great way to save on your budget. There is one con though. This con will be the same for pretty much everything you record at home. When you are recording at home by yourself, you will be wearing two hats.

When you do this, one or the other usually suffers a little bit. For this reason, I suggest that the artist tries their best to separate the two. Set up your recording setup ahead of time. Test it all ahead of time. After that’s done, take a 15-30 minute break. Then go back in, and start tracking. It really is 2 different mindsets. Try your best to focus on what’s important at that time.

The second best thing to produce at home would be keyboards. Keyboards don’t need any mics. They don’t need any big open space. You plug in, and you’re ready to go. This can usually save you a day’s worth of studio time off of your budget.

If you are still looking for things to do at home, acoustic guitars would be my next suggestion. They aren’t difficult to record. Any small condenser mics will do the trick. If you haven’t recorded them before, it’s best to stick with a simple XY stereo recording technique. Unless it’s a real broken down arrangement, the acoustic guitar in a mix usually has a lot of low end rolled off. For this reason, having a larger capsule microphone or a very high-quality microphone isn’t necessarily needed if you are in a budget crunch!

If you are still needing to find a way to cut the budget down, my last suggestion would be to cut the bass tracks at home. This does have a few pros and cons though.

The Pros: You can get a good bass sound, by having a good bass player play a good bass directly into your computer via DI Boxes. There doesn’t need to be anything else in the chain. It can be that simple. I always prefer to have a DI box and an amplifier recorded, and then blend the two. If you can set up an amp at home to record in addition to the DI Box, that’s even better but not necessary.

The Cons: As I mentioned, you might not be able to have a good amplifier turned up loud in your home to record. This won’t make the bass track unusable, but it does take some of your options away. The bigger con to me is the lack of feel. I haven’t met a bass player yet that doesn’t play better when they are tracking with a drummer. The rhythm section has a better feel to me when they are recorded together. If you are recording bass at home, that will take that aspect away. Maybe this isn’t a big deal to you, but it is definitely a trade-off.

What Parts of Production Are Best To Do In The Studio?

The first and most important part of getting a good drum sound is to take a good drummer, put them on well-tuned drums, in a great sounding room. That is a great start!

The second reason, recording drums is about the toughest instrument to record.

In a situation like this, it is best to have someone who has engineered and produced hundreds or thousands of drum sessions. The less that will go wrong the better. If the session is running smoothly, then the drummer will play better. The performance is the most important thing after all!

If you have any trumpets, saxes, trombones, or other horns it is best to record them in a studio. Horns, in general, can have a shrill sound to them. The cheaper microphone you put on them, the more that shrillness comes out. I also like to have a little distance from the horn to the mic. The more distance you put between the two, the more the room will come in to play. Like I mentioned with drums, studios were designed to make horns sound great. If you can use a lot of this room sound, you’ll be less inclined to put artificial reverbs on them!

For the exact same reasons that were listed for horns! Strings sound best when they are miked from 1-3 foot away, depending on the instrument. The further away the more the room will come into play.

This is the one that I get the most questions about. It is my opinion that lead vocals should always be done in a studio. I’ve heard the argument from singers who would like to record them at home. Their reason is that they think they’ll be sitting around and all of the sudden get the urge to go sing a great vocal. If they can record it at home, they’ll be able to do this. That’s a good thought, but I haven’t seen this actually happen. Here are the reasons you should always be recording the lead vocal in a studio:

The lead vocal is the most important thing in the song

To your average music fan, the only thing they are listening to in the lead vocal. If you go to any concert, what is the audience screaming? It’s not the bass line or drum fill. It’s the lyrics to the song. If it’s the most important thing in a song, you shouldn’t cut corners with it.

We’ve decided we’re not cutting corners on the quality of the lead vocal. Studios will usually have a higher quality microphone that you have at home. You should take advantage of this.

Help from a good producer

A good record producer will make the singer better. They will get the best performance out of them. That is what they do every day. They will know when to push for more takes, and when to call it. They will know the best strategy to get this great performance out of the singer. This is a major pro! If the singer is recording themselves at home, they will lose the focus on their performance. They will start worrying about the technical side of things, and the performance will suffer. Like I mentioned earlier, these are two different mindsets. You should only be focusing on one of them when we’re talking about the most important part of the song.

Hopefully, this will help you in the future. Albums can get expensive to record. It’s good to know easy ways to keep your budget in check without lowering the quality!

Travis Huisman is a record producer and mixing engineer at the Grammy-nominated, Catamount Recording in Cedar Falls, IA. He has over 16 years of professional experience working with a variety of different genres. His credits include EMI Records, Avey Grouws Band, Kris Lager Band, and hundreds of more great albums. For more information: http://www.catamountrecording.com