4 Things to Keep in Mind For Better Mixing Decisions 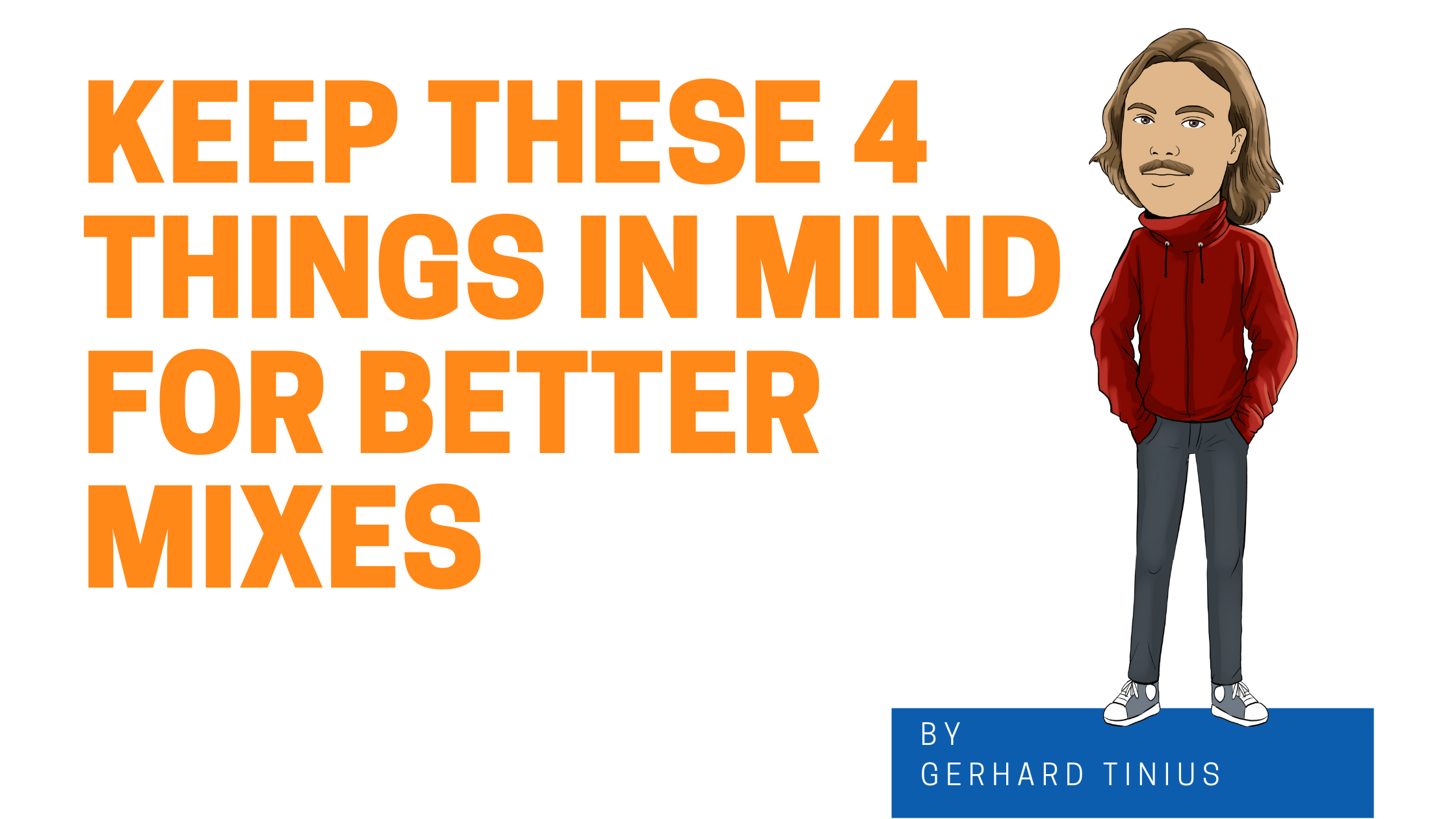 Mixing is an art that goes beyond knowing what every button on your mixer or plug-in does, the theory behind compression, knowing what frequencies are usually problematic on various elements, or knowing what equalizing techniques are “the best” and so on.

The stuff mentioned above is important, but it’s something anyone can learn with enough effort.

What truly makes a great mix and ultimately a great mixer, is understanding the context you’re working with and the possibilities and limits within that context.

So in this post, I’ll go through 4 things to consider when mixing to help you make better mixing decisions. Because what might work wonders in one particular mix, may very well ruin the next.

What’s usually the main element(s) in the genre you’re mixing? For some genres, like EDM, where the kick and bass are crucial for the song, it’s quite obvious.

Other genres aren’t as obvious, and there might be various elements that can be the main attention of the mix. Understanding what elements play a vital role in a genre, and what elements to consider as main elements in your mix, can ease up the mixing process and help you limit what you want to do with a mix. And in mixing, where there are virtually endless possibilities, having some limits can come in handy.

A good way to go about it is to make a list of the 1-3 main elements in your mix. Keep your focus on those and make them sound as good as possible. After that, doing the rest of the mix will become much easier.

Mixing is about processing audio and blending sounds together. Because of this, the quality and content of the audio you’re working with have a huge impact on the mixing possibilities that are available with these audio files.

Another thing to keep in mind is that you can’t really add something in the mixing process that is not already there in the audio files. So a poorly recorded vocal can never sound like a high-end professional recorded vocal. Not because you’re not a talented mixer or the vocalist doesn’t know how to sing. Simply because the content of the audio file isn’t adequate. But as with the above example, you can do things to make it sound better. That’s part of our job as mixing engineers.

The point is that whatever audio you’re working with has its limits, regardless of your mixing skills and plug-in arsenal. Making the best of the audio files at your disposal and embracing their weaknesses and strengths are often what makes a great mix.

What elements does the song you’re mixing consist of? Is it a wall of sound with 100 tracks, or is it a simple tune with just a handful? Are the elements mostly programmed and computer made, or is it mostly live recordings?

What musical elements you’re dealing with and their nature can impact the necessary steps to take in order to achieve a good sounding mix. Vast amounts of equalizing and compression might be what it takes in order to make a crowded and complex song sound good. On the flip side, some simple volume balancing, gentle equalizing, and a tiny bit of reverb may be all it takes to make a simple, acoustic song sound good.

Instead of approaching every element in every mix with the same approach, it might be a good idea to look at the bigger picture and approach each element with regard to the overall mix and context they’re harmonizing in.

The story a song is trying to tell should be a big factor in making mixing decisions.

Is the song slow and sad? Is it fast and energetic? Maybe tender and soft?

If there are lyrics in it, what are they about? Love? War? Summer? Winter?

Having answers to these questions can be a good indicator of what kind of approach you want to have for a mix. For example, a fast and energetic song can typically benefit from a brighter, more open sound. While a slow and sad song might benefit more from a warm and closed-sounding mix. Try figuring out what’s typical for the kind of song you are mixing by listening to similar songs.