Does Your Mix Sound Empty? Try These 4 Sound-Layering Techniques 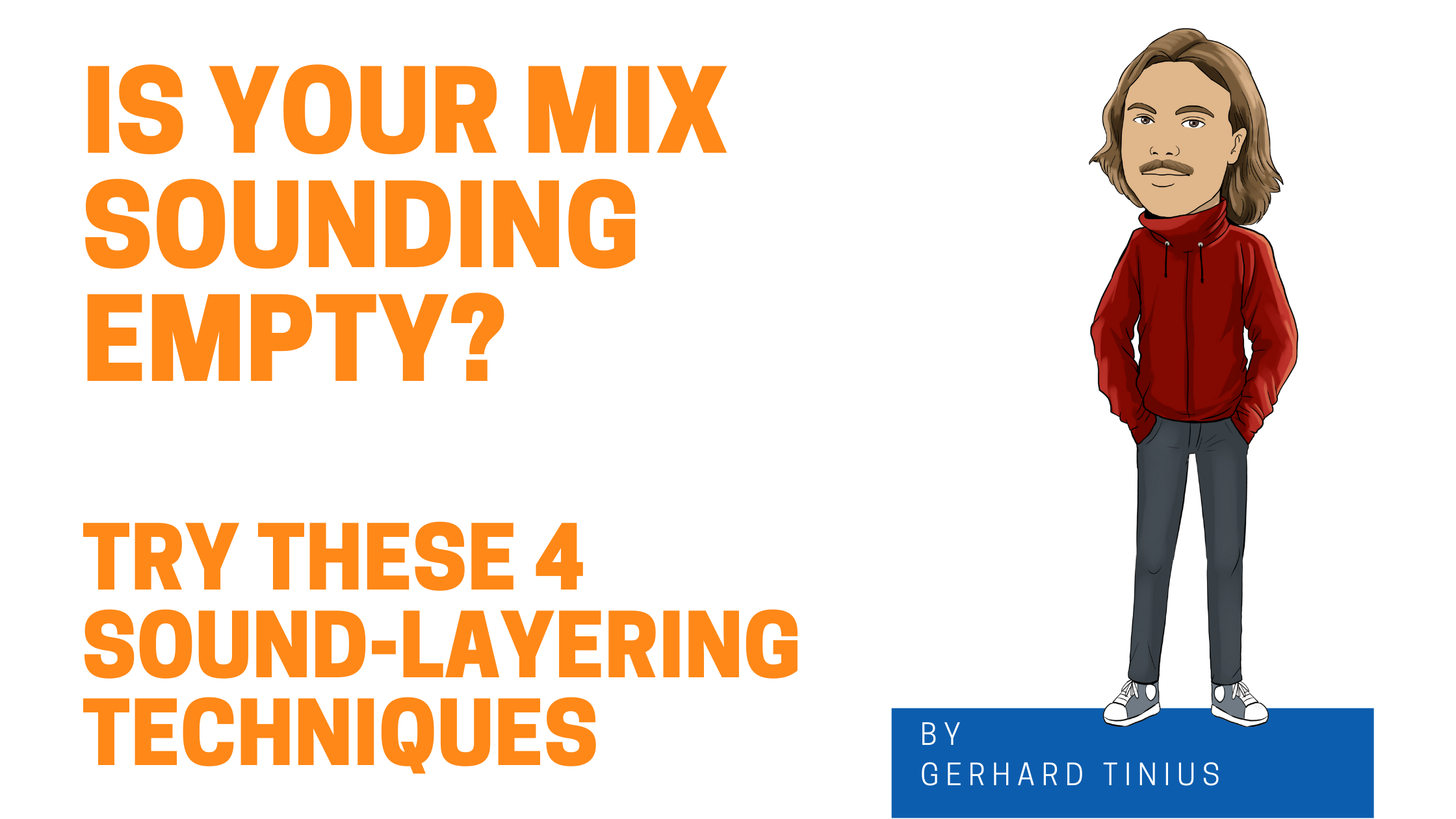 Achieving a full-sounding mix can be a difficult task. Even if you have a well-arranged and professionally produced song, adding that depth and fullness we all love can seem impossible no matter how much you tweak your plug-ins and level your tracks.

Sometimes it’s not about how well you level and process the tracks of a song that will make you achieve that fullness. Sometimes you just need some extra layers of sound to fill out the spectrum.

Adding sound layers in mixing is all about adding harmonic content to a track to make the frequency spectrum fuller. So in this post, I will go through 4 techniques to layer your sounds for a fuller mix.

Noise is a powerful tool in mixing, as it’s very rich in sound by nature.

There are various types of noise with different characteristics, like brown noise, pink noise, and white noise. Equal for all of them is that they fill out more or less the entire frequency spectrum and thus generating that sound we typically associate with the word “noise.”

Noise can therefore be used to create “more sound” in a mix. Most live recordings have a fair bit of noise, but if you’re working with computer-made tracks, they can often feel dull and lifeless.

Adding a layer of noise to synth sounds can often make them sound fuller, as the noise layer provides more harmonic content. Many synths even have a dedicated noise section, where you can make the noise follow the ADSR (attack, decay, sustain, release) of the synth patch you’re working with.

Also, drums, guitars, vocals, and other prominent elements can benefit from a layer of noise and make the tracks sound more “alive” and full. Because, as I mentioned above, by adding noise you’re adding a lot of frequency content.

You can use dedicated noise plug-ins to add noise to your tracks, or you can use rendered audio files of noise and customize them to work in harmony with the tracks you’re layering. Noise can also be used as a rhythmic element and add extra impact to a track.

Due to the extreme frequency content of noise, it’s often wise to use it subtly. Many times you don’t even want to notice that the noise is there.

Saturation, or distortion, is another great way to layer your sounds. The beauty of saturation is that it adds harmonic content to the audio that’s not there prior to saturation.

Plug-ins like the free MSaturator by MeldaProduction even lets you decide and adjust different harmonics you want to add to a sound. Other saturation plug-ins have their own way of adding harmonic content, giving them a unique character. Some sound more intense and digital, and some sound more mellow and warm.

Most tracks can benefit from a little saturation, and using saturation subtly but consciously, can add that extra layer of fullness and depth to your mix.

With saturation, a dull, untreated acoustic guitar can suddenly become expressive and feisty without taking away anything from the original recording and expression.

A common technique in using saturation for layering sounds is to over-saturate a duplicate of your original track and blend in enough of the duplicate to beef up your mix accordingly.

The trick is often to add just enough saturation for the recording to become a bit more present without the saturation being too noticeable.

Foley sounds are “real life” sounds that are captured or re-created as audio. Everything from the sounds of various body movements to the sound of wind blowing through the trees. Originally created for use in movies and television, foley works great in music and mixing.

Let’s say you have a programmed synth section that sounds kind of dull. It’s missing a layer or some depth. Adding a foley sound of some sort of impact or “clicking” at the start of each note or chord can add that missing layer.

Drums and guitars and most elements can benefit from foley, especially if they’re digitally-made tracks.

Foley works great for adding movement and a layer of sound that’s not always present in computer-made music. Also, live recorded tracks can benefit from foley. Because you have complete control of the foley sound, you can customize it to enhance your mix and add character to the recordings.

Adding a duplicated layer of a track with a different pitch than the original can greatly enhance the fullness.

If you have a track that’s lacking some low end, creating a duplicate of that track and pitching it down a full octave can give you that low end you’re looking for. Of course, you should level and eq the track, so you’re only adding what you need, but the concept is simple.

The same goes if a track is lacking some high-end. Duplicate that track and pitch it up an entire octave, and you can blend in the desired amount of high end to make the sound fuller.

Sometimes, simply pitching a track up or down an octave won’t yield the result you’re looking for. Maybe a track is missing some character or some harmonics.

If that’s the case, try duplicating the track and play around with the pitch of the duplicate. Sometimes you can find a sweet spot that will bring out more life and energy from a track. Mind you, this is easiest to do with monotone sounds like drum hits or other rhythmic elements.

But it can also be done with more melodic sounds if done right. As with the mentioned techniques mentioned above, you’ll usually want to only blend in a fraction of the pitch-manipulated signal.