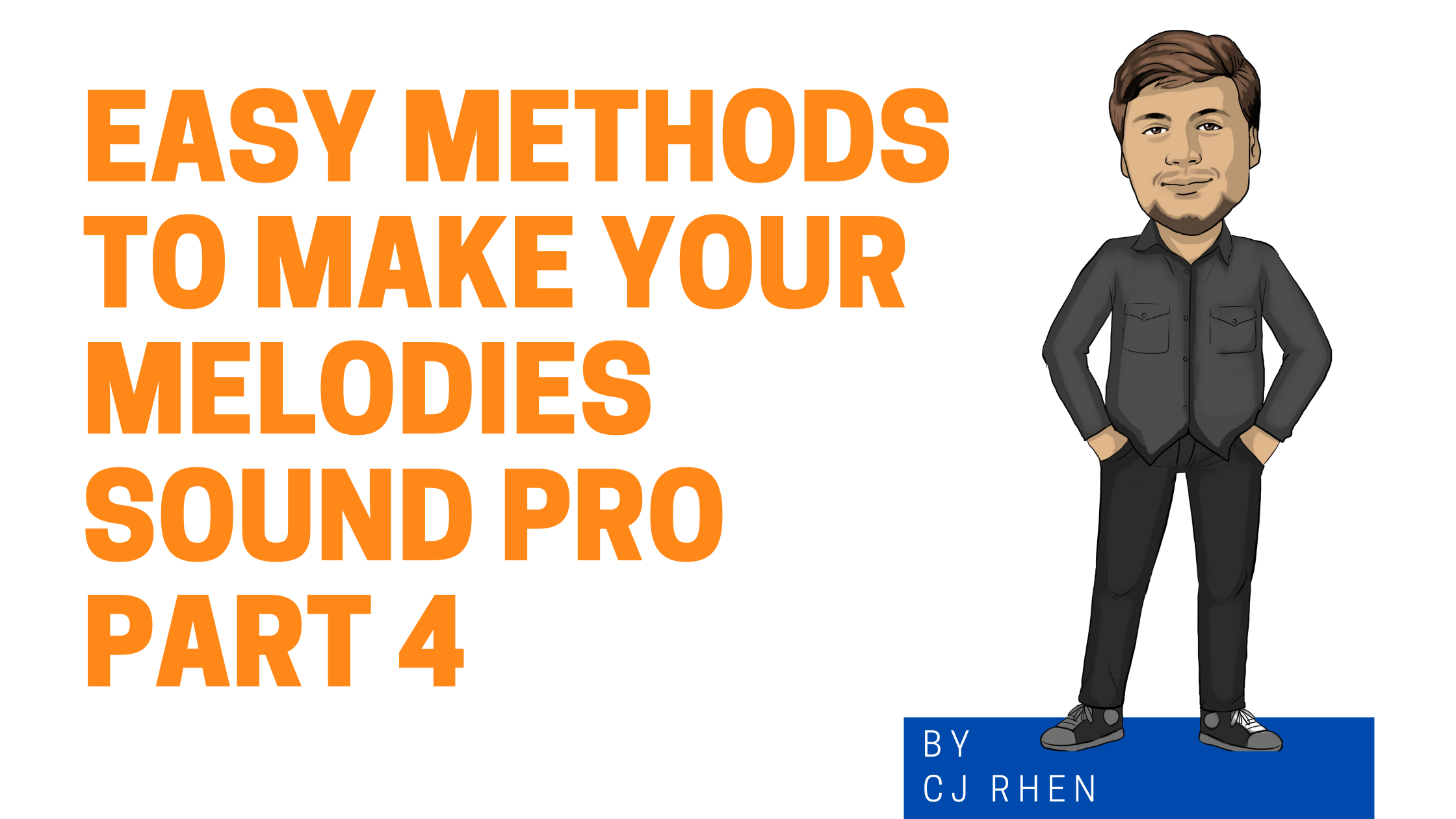 and it absolutely is! There are so many awesome sounds and techniques to discover. How do we do it?

In the last article, we covered inversions and discussed substituting a chord for its inversion. Our goal was to come up with new ways to harmonize a melody and chord progression. This week we will talk about modal borrowing and where to use it.

Modal borrowing takes a chord from a different parallel scale and uses it in place of the existing chord. Did you get that? How about we break it down.

Below is a C major scale in the red notes, and each chord is built on top of those notes using the notes of the scale. Note that for these examples, we will only be using triads.

This is why in C major, we use an F major chord as the 4 or IV chord. Now let’s look at the same thing built on a C minor scale.

Notice the 4 or IV chord is now iv, F minor. We can use the fact that C major and C minor are parallel scales since they both start on C and swap out different chords of the same scale degree.

This means even if we are playing in C major and go to the 4 or IV chord, F major, we could make it F minor or an iv chord by modal borrowing from the C minor scale and its 4th scale degree chord.

Next, let’s dive into the sounds of modal borrowing and the harmonic diversity it can bring to your songs! First, listen to the example below in C major.

Notice the chord progression simply goes from Cmaj, the I chord, to Fmaj, the IV chord, and back. Now let’s put some modal borrowing in this example.

What Other Chords Can We Borrow?

Another common sound using modal borrowing is based around the VI and VII chord. When playing in a major key, we can substitute a bVI and bVII (pronounced flat 6 and flat 7). Look at the example below; hear this a bVI and bVII.

Let’s figure out where this comes from. Using the same scale and chord construction from before, look at the chords circled in red, vi, and vii dim, from the C major scale. Now compare this to the chord’s circles in blue, VI and VII, from the C minor scale.

All we did was swap the vi and vii dim from the major scale for the ones from the minor scale and called them bVI and bVII because they start a half step below the original chords root note.

Another common option is borrowing the major IV chord when in a minor key. Say we are in C minor and our progression alternates between Cmin, i chord, and Fmin, iv chord, we can swap the minor iv for a major IV from the major parallel scale.

Check out the example below to hear and see this borrowed chord.

That sound is super common and the base progression of one of my favorite tunes, “Mister Magic” by Grover Washington.

Yet, another option for modal borrowing is the ii7 chord becoming a ii half diminished 7 chord. Look at our reference scales in C once again and compare the original ii7 chord circled in red to the one circled in blue, the ii half diminished chord. Notice this scale and chord diagram shows the full 7th chords, and not just the triads from before.

Now listen to this chord in practice.

All Options For Modal Borrowing!

Next, let’s discuss this super complex chart. While it does not actually cover every single option, it covers all the options based on the diatonic modes and the harmonic minor scale, and the altered scale. Notice for every scale degree, there are many repeated chords, and that’s okay! Also, notice all chord provided on this chart are 7th chords. If you only want triads, simply omit the 7th of the chord.

Simply pick a scale degree and pick an option and build that chord based on the scale degree of the key you are in. This means if you are in F minor and want a different iv or 4 chord, find the 4th scale degree on this chart, pick a different option, then build the chord starting on the correct note, in our case Bb.

Hopefully, this article will lead you on new harmonic journeys and take your accompaniment for your melody to a new level. If you have questions, email cjrhenmusic@gmail.com for questions or ask me about private lessons!