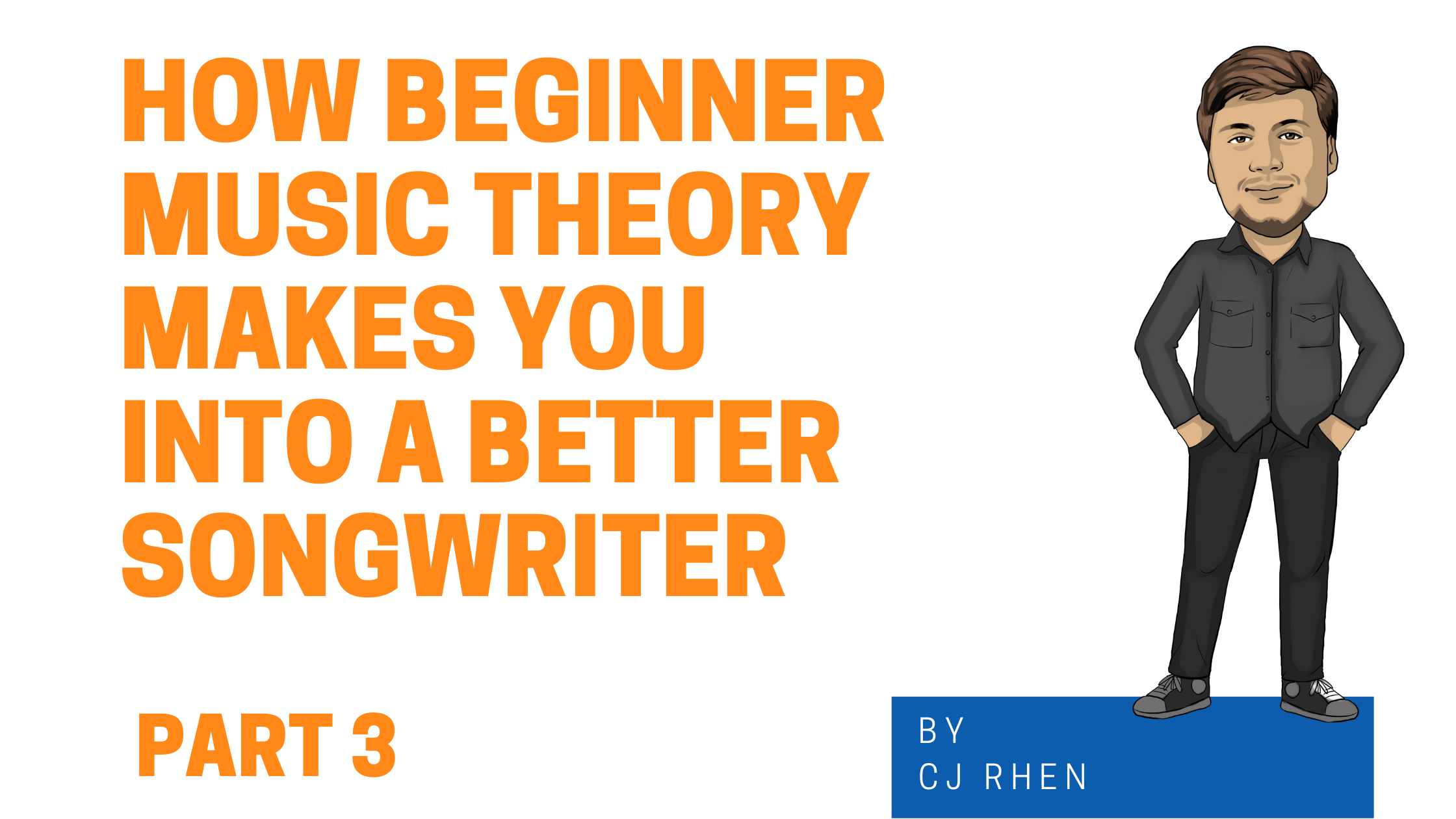 Chords are super complex. How are you supposed to know what notes are in them?

Over the past couple of blogs, we have been looking into the construction of scales and the idea of intervals.

Using a similar concept to constructing scales, we will tackle chords and uncover how simple they really are.

First, to understand chords, let’s understand the difference between chords and scales. Based on our previous approach to intervals, we measured everything from the first note.

Also, remember, an interval is a measurement of how many half steps or adjacent notes are between two notes, excluding the first one. This means a minor 3rd is 3 half steps, and a tritone is 6 half steps.

We do not always have to measure from the first note. We can change our perspective and instead measure the distance between each adjacent note. See how that works below with a C major scale. 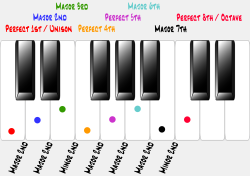 As you can see for this scale, the top labels are how we discovered scales in the last post.

The bottom row shows us that every note is a minor or major second apart. We can call those half steps and whole steps, respectively. Scales are based in half and whole steps or adjacent notes, while chords are based on larger intervals. Next, let’s take this concept with us as we construct chords.

To build chords, we need to see their intervals from the two perspectives mentioned before. Check out the diagram below. 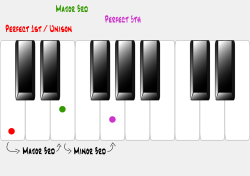 The top labels depict our first perspective measuring everything from the first note. The bottom row of labels measures the distance between adjacent notes.

Triads, as the name suggests, is a collection of three notes. There are chords with more than 3 notes, but those will be covered in a future post.

For our purposes, there are 4 base triads we will work with:

The first two are the most familiar, while diminished and augmented are starting to dive a little deeper into the theory. However, using the simple approaches of intervals, they are easy to form in any key.

To form our major triad, simply stack a major 3rd and a perfect 5 on top. Check out the diagram below, starting from C.

Since that was the same example as before, also check out this example starting from F# so you can see how intervals work from any note to make the same quality of sound.

Using the same concept, let’s do a minor chord which is a minor 3rd and a perfect 5th from the starting note or root. Check the example below, starting from E, making an Em chord.

Here is another example starting from G. This produces a minor chord just starting on a different note, Gm.

Now that we constructed the two familiar triads, let’s make the others. Before we simply construct it, we have to label the rest of our intervals, check out this diagram with additional labels for intervals. Specifically, note the additional names for a 5th. 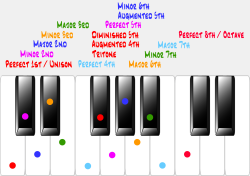 Using these additional names, let’s construct more chords. A diminished triad consists of a minor 3rd and a diminished 5th, also called a tritone. Here is an F diminished chord.

While it might be tempting to call the top note a minor 6th, we call it an augmented 5th because all triads are based in the intervals 1, 3, and 5. We simply change the type of 1, 3, or 5 it is.

As we mentioned in the beginning of the article, we can also form chords by the intervals between adjacent notes. Let’s investigate this with a major chord. Check out the diagram below for a D major triad. 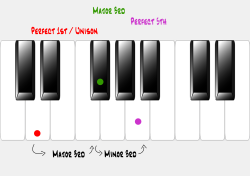 We can either measure it from the root, as we discussed before, or change our perspective. Notice a major triad can be also formed by a major 3rd from the first note, then a minor 3rd from the second note.

This technique is useful because it’s easier to think in thirds than larger intervals when you are playing the piano. While it is good to know the construction of a triad, it’s also good to have tricks to make performing them simpler.

In the next articles, we will discuss expanded chords such as 7th and extensions. We also will cover the relationship between scales and chords and how to make a progression.

If you have further questions or want private lessons in all things writing, arranging, and composing, email me at cjrhenmusic@gmail.com.