How Imitation Can Lead To Your Own Uniqueness 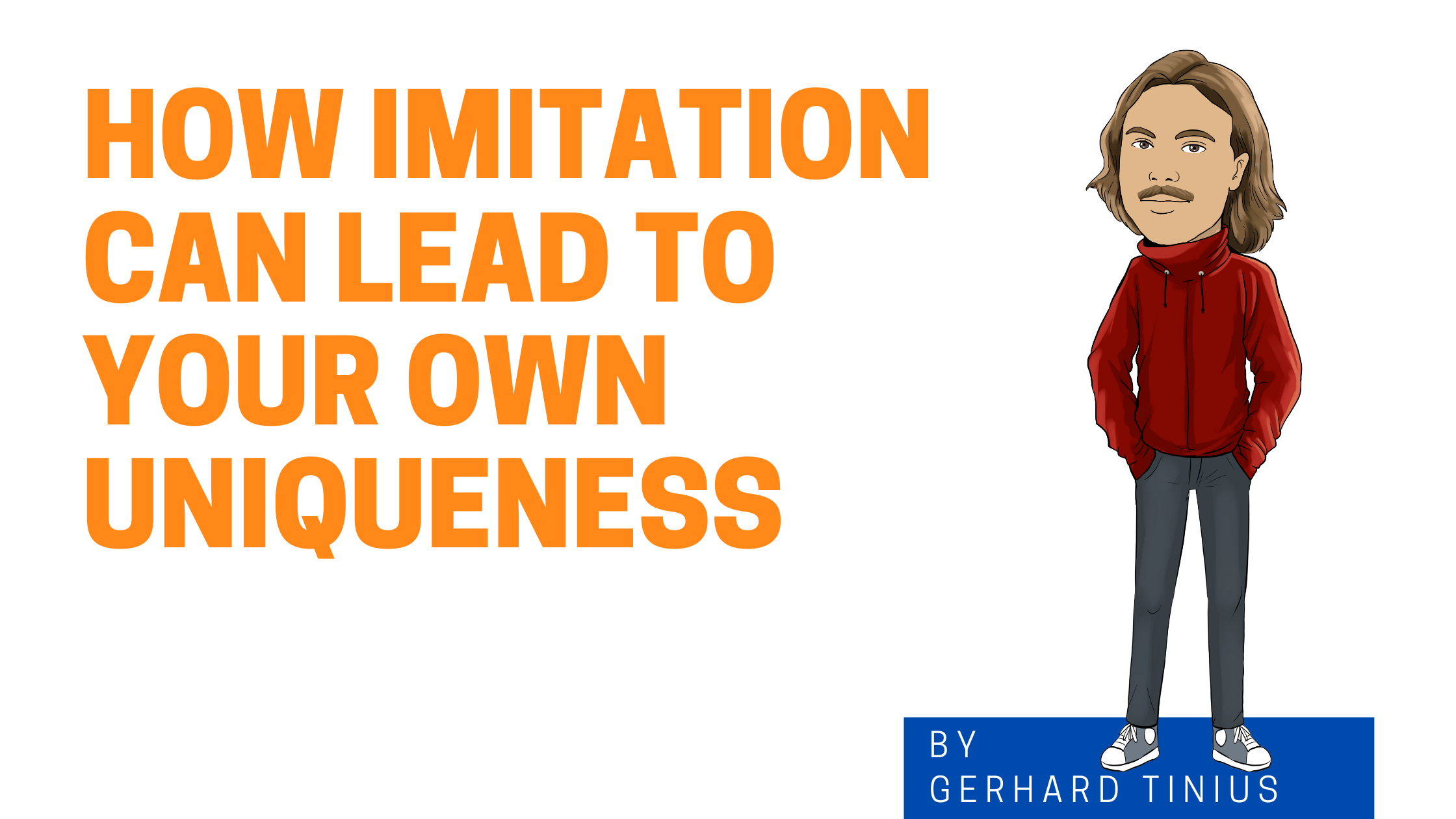 One of the most important skills we have as humans is the ability to imitate others. As newborn babies, we learn to copy facial expressions from those around us. Then we learn to talk by looking and hearing at how others do it. And as we grow up further, we look at how others behave in various situations, and then we try to replicate those things ourselves.

Especially as a kid just starting school, I remember looking at the style and body language of the “cool kids” that were a bit older than me. And I tried my best to copy what they were doing. As time went by, I more and more developed my own style based on my inspiration from others, and I’m sure the same applies to you who are reading this.

The art of imitation is not limited to body language and style. It’s an extremely useful tool in all aspects of life, especially in art and physical activities. Most great artists start out by trying to imitate others, and most great songs are based off on other great songs.

So in this article, I will go through what I mean by imitation and how to implement it to develop your own uniqueness.

That’s a sentence most people have heard some time in their life, but what does it really mean?

It does not mean to steal a guitar riff, a melody, or a piece of art and simply put your name on it. It’s about making something of your own based on the ideas of other people.

Nobody can come up with everything themselves. We need input and help from others to further develop something.

If you listen to music from the early days of recorded music and up to our current time, it will soon become clear how the hit-makers of, for example, the 1950s “stole” ideas from the hit-makers of the ’40s and added new twists, like new technology and more modern methods, to come up with something new. The same pattern followed in the 1960s, 1970s, 1980s, and all the way up to this day.

The thing is that successful people who have come before have figured out something that works. And in music, art, and most things in life, there are limitations to how many different ways something can work.

Here’s a metaphor to hopefully better explain my point: If you, for example, go climbing, you don’t just tie your rope in an experimental and artsy way. You tie it the way it works best. And it works best with a very specific knot. When you then start climbing, you might try out a different route than the one everybody else is climbing, but at least then you are secured in something you know works (the standard climbing knot on your rope).

This brings me on to the next part.

Starting out, imitating others is the best way to develop your skills and understanding of music and its different concepts. Imitation allows you to explore ideas you would never have thought of yourself, and it allows you to gain skills and perspectives that simply would have taken ages to learn all by yourself.

I also argue that imitating is better than studying, especially in music and other practical tasks. Because music is not about how much you know in your mind, it’s about how good it sounds.

It’s a misunderstood concept in the art world that true artists have to come up with something completely new and original. Humans don’t like things that are too new, and being completely original is practically impossible.

Being experimental and trying out unheard-of stuff is still a very important part of the process. But it won’t necessarily be the thing that gets you recognition. It will most likely serve as a way for you to better understand what works and doesn’t work in various settings.

Most, if not all, people that gain some traction follow the same rules and concepts. They just add their own unique twist to those concepts.

Developing your own style

For many, it seems difficult to develop your own style in music and in general. But developing your own style can be quite easy if you apply the concept of imitation.

Imitation is, according to Oxford Languages, defined as “the action of using someone or something as a model.” or “a thing intended to simulate or copy something else.”

This means that when you’re imitating, you are only using something or someone as a model, something to measure your own efforts against.

And there you have the secret to the uniqueness of your musical heroes and the secret to developing your own style. So embrace yourself and the abilities within you!

Imitate others to the point where you feel you fully understand the rules and you master different techniques, and then embrace the capabilities that only you have.

If you don’t know what the heck you’re doing or you don’t have any contextual experience, those things might not seem like they can be an advantage.

But if you imitate others long enough, understand what works and what doesn’t work, figure out patterns and concepts that seem to appear in most good songs again and again, and gain contextual experience and knowledge, those are exactly the things that make for greatness.