How to Finish Mixes Faster by Limiting Yourself 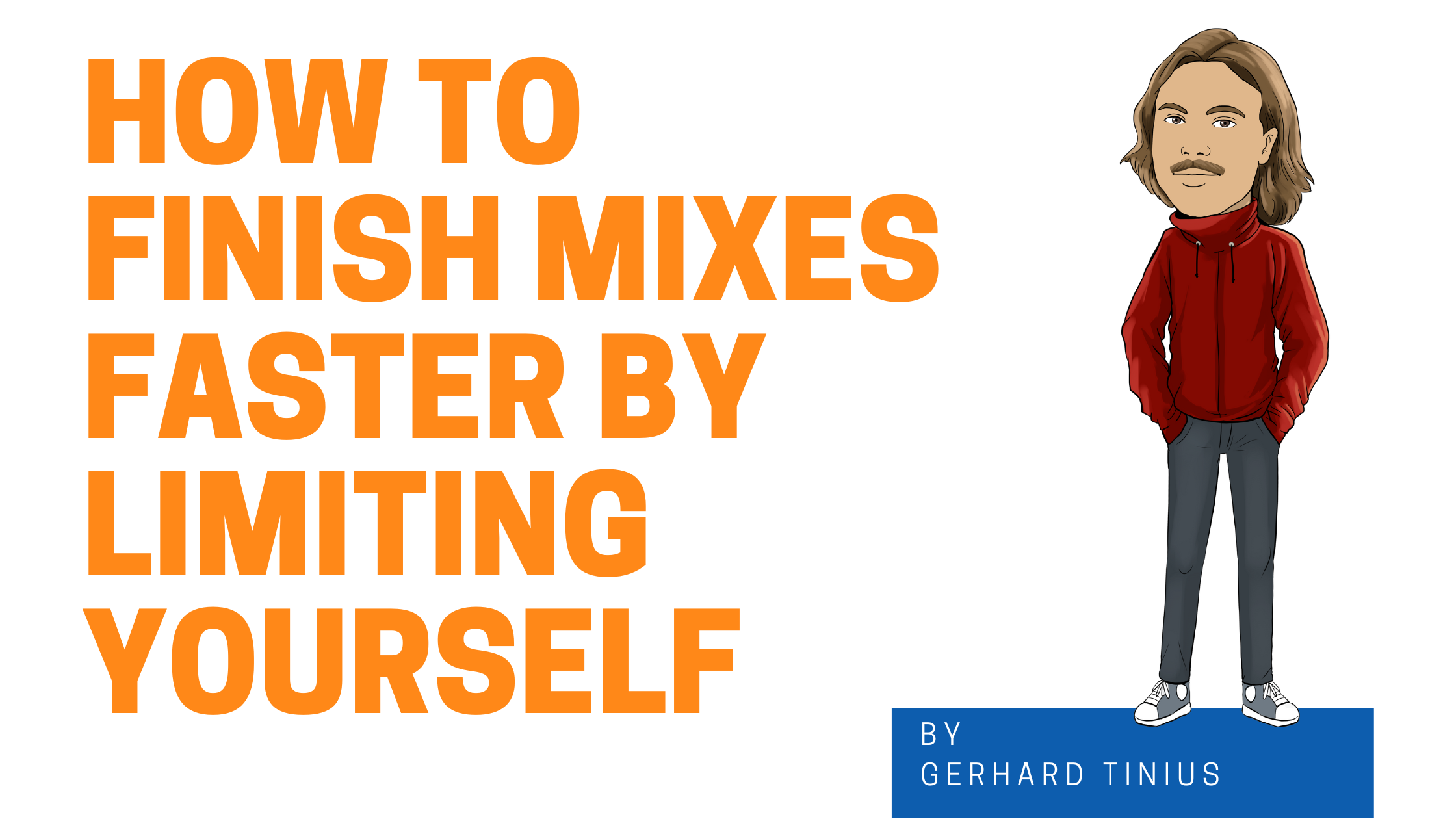 When mixing, you’ll sometimes find yourself not being able to finish a project. For some people, it’s like that with every mix, while for others, it happens from time to time.

A good way to finish mixes faster, no matter how often or rarely you get stuck with a mix, is by limiting yourself.

It should be obvious that every mix you do won’t necessarily turn out as good as the prior or as bad as the next. Mixing and music is diverse and complex, and the outcome will always be different.

That’s why following a process and applying certain techniques are good ways to make your work more efficient and consistent.

By taking mixing too personally, or treating every mix like it’s your one big masterpiece, it will likely end with frustration and disappointment.

So in this post, I’ll go through 3 thoughts on how you can finish mixes faster by limiting yourself and hopefully, avoid more frustration and disappointments.

An effective way to speed up your mixing process is to divide your workflow into different sessions.

By dividing up your sessions, I’m talking about making different project files for different parts of the mixing process.

Depending on your workflow, you split up your workflow into different groups and project files. A standard setup could be something like this:

By dividing your workflow into different groups and project files, you’ll be more efficient and structured.

Because if you do everything in one project and in random order, things can easily get messy and you can end up tweaking things forever because you have no plan or structure in your work.

And while mixing is a free art, having some limitations and structure in your work can really help you finish mixes faster.

With the convenience of audio processing today, it’s common to continuously modify and adjust your mixing decisions as you go. While having such a convenience is a great tool, it can also slow you down. As you can get too caught up in tweaking knobs and trying out 10 different compressors and 20 different reverbs on all your tracks.

Instead of doing endless tweaking, try committing to the mixing decisions you make and thus limiting your possibilities.

Exporting out processed audio tracks and bringing them into a new session can give you new perspectives. When you know you can’t easily adjust the processing already applied, you’ll need to listen to the mix in a new way.

This means you won’t get stuck in the same loop for too long, and this will help you finish your mixes faster.

You can do this as often and as many times as you like. But it’s best used when you feel stuck with a mix and need a new perspective.

After you feel like you’ve finished the entire mix, it can still feel like something is missing. Going back and tweaking an already 98% done mix, can many times make it worse rather than better.

Instead, try bouncing out your group buses from your mix session. So you end up with stems of entire instrument groups. Adjusting the mix in a session with only the group bus stems, can help add those last two percent to a pretty much finished mix.

Adjusting entire instrument groups as one can be a great way to make the mix more glued together and coherent. By also limiting your possibilities, you have to be more conscious about your mixing decisions.

Depending on the genre, bus mixing can sometimes be sufficient to complete a mix from start to finish. If you have well-balanced instrument groups and a good production, bus mixing can serve a mix better than adjusting individual tracks.

Either way, if you’re mixing using bus stems, you’ll be forced to finish mixes faster by limiting yourself so much.

In this post, I’ve gone through three thoughts on how you can finish mixes faster by limiting yourself. Even though the concepts presented work great, they’re not always necessary.

They’re best used when you feel like your mix is going nowhere, or you can’t seem to get it right no matter how much you tweak.

Besides, the concepts I’ve presented in this post are just thoughts on how it can be done. These methods are just a few of many.

The main idea is to simply limit your options as you go. Just like you have to follow certain procedures as a factory worker or in a office job, the same should go for mixing.

Procedures make things happen, and making things happen is very important if you want to finish more mixes and take your mixing skills to the next level.