Improve your mixes with these 4 parallel processing techniques 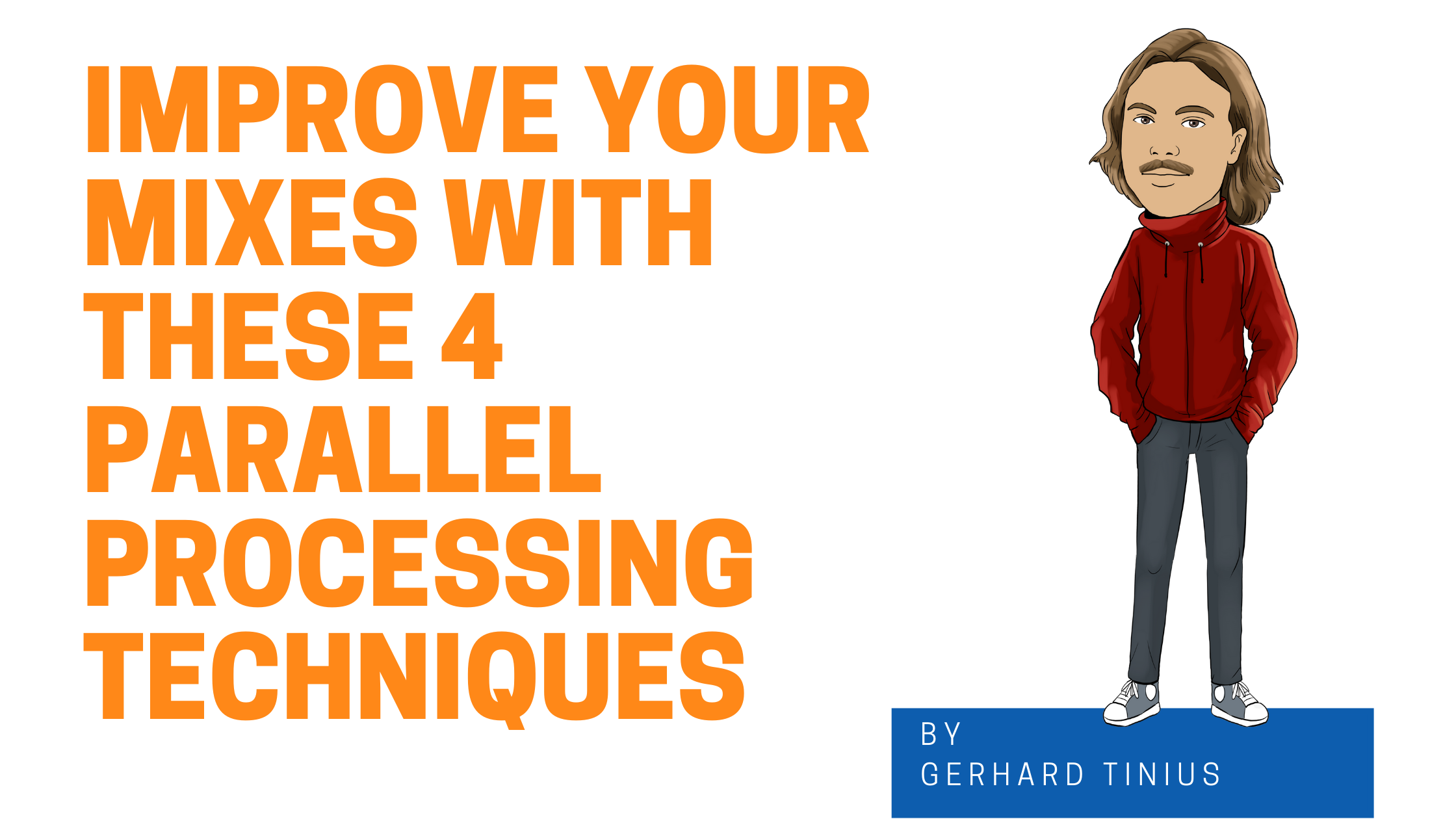 Parallel processing is a common term in music production and is a technique commonly used to breathe more life into a track. But what is it really, and how does it work?

The basic idea is that you duplicate a track, either by duplicating the actual audio track or by routing the audio to a send (aux) track. You then apply the desired processing to it and then blend that in with the original audio.

This way you’ll achieve a richer and more present sound.

I know, this might sound confusing already. So in this post, I will go through 4 ways to use parallel processing to help you on your way to better mixes.

Parallel compression might be the most common parallel processing technique. The idea is to bring out more of the juice of a track and make it “fatter”.

While you usually want small to moderate gain reduction when doing regular compression, the goal of parallel compression is to drastically reduce the dynamic range of a track. This is to bring out the details of the audio tracks, things you wouldn’t normally hear as well without this extreme processing.

Gain reductions of 10db to 20db, or even 30db or more is not uncommon in parallel compression, so don’t be afraid to push it. This will of course make the processed signal sound extremely crushed and unnatural. That’s why you only blend in a fraction of the signal.

You don’t necessarily want to hear the parallel compressed track itself. Usually you just want to blend it in enough for it to give more presence and clarity to the original audio source.

Treating a track’s stereo image on a separate track can be a great idea if you’re satisfied with the sound of the track, but feel something is missing in the stereo field.

By treating the stereo image on a separate track, you’ll have a lot more freedom and you can apply processing without messing up the original sound source.

If you want to only add more stereo width to the high end, you can simply cut all other frequencies with an EQ and then insert a stereo imager plug-in or various forms of delay processing to widen out the stereo spectrum.

You can also apply processing like saturation or phasing/chorus effects to make the stereo field stand out even more without messing up the original sound source.

Also here, the goal isn’t necessarily to hear the parallel track very clearly. Its main goal is to add depth and width to the original sound source.

Parallel tonal shaping can really help you put that extra edge on your mix and make tracks stand out even more.

By tonal shaping, I mean the characteristics of your audio. How bright it is, how bassy it is, how gritty or distorted it sounds, and so on.

The advantage of doing parallel tonal shaping is that you can alter the sound source to the extremes without ruining your original audio. Of course, this is something you should do after you’re satisfied with the original audio processing.

Sometimes tracks miss certain characteristics that you want to add to them. You might want to beef up your bass track by adding insane amounts of distortion to really take it that next level, or give your vocals that poppin’ high-end.

The issue is that adding such characteristics will many times involve quite heavy processing. Applying such processing directly on your track can ruin the original vibe and become overwhelming.

If you instead apply these effects on a parallel track and blend them in with the original sound source to your liking, you’ll get a smoother, fuller, and more natural sound. You’ll get to keep the energy and expression of the original sound while adding the cherry on top with parallel tonal shaping.

Parallel effects are great to use when you want to add some variation to your tracks without messing with the original audio.

Whether you wanna add some ear candy, create a cool transition or just mess things up to make your mix more interesting, parallel effects are the way to go. Parallel effect tracks can also include basic effects like reverb and delay.

By applying reverb on a separate track, you’ll have greater control over the sound of the reverb and you can shape it independently of your original sound source.

You can shape those effects independently of your original sound source, which means you can push the limits to a greater extent than you would be able to on the original track.

What happens if you add a big reverb to your reverse track? What about reversing the reverb as well, or adding a “telephone” style EQ on that bit crusher? Using parallel tracks can really let your imagination run wild and bring it to life without ruining your fundamental track.

For parallel effect tracks, I suggest duplicating the audio source if you want to create effects like tape stop and reverse. This is also possible with send tracks, so the choice is yours.