Stereo Microphone Techniques and When to Use Them 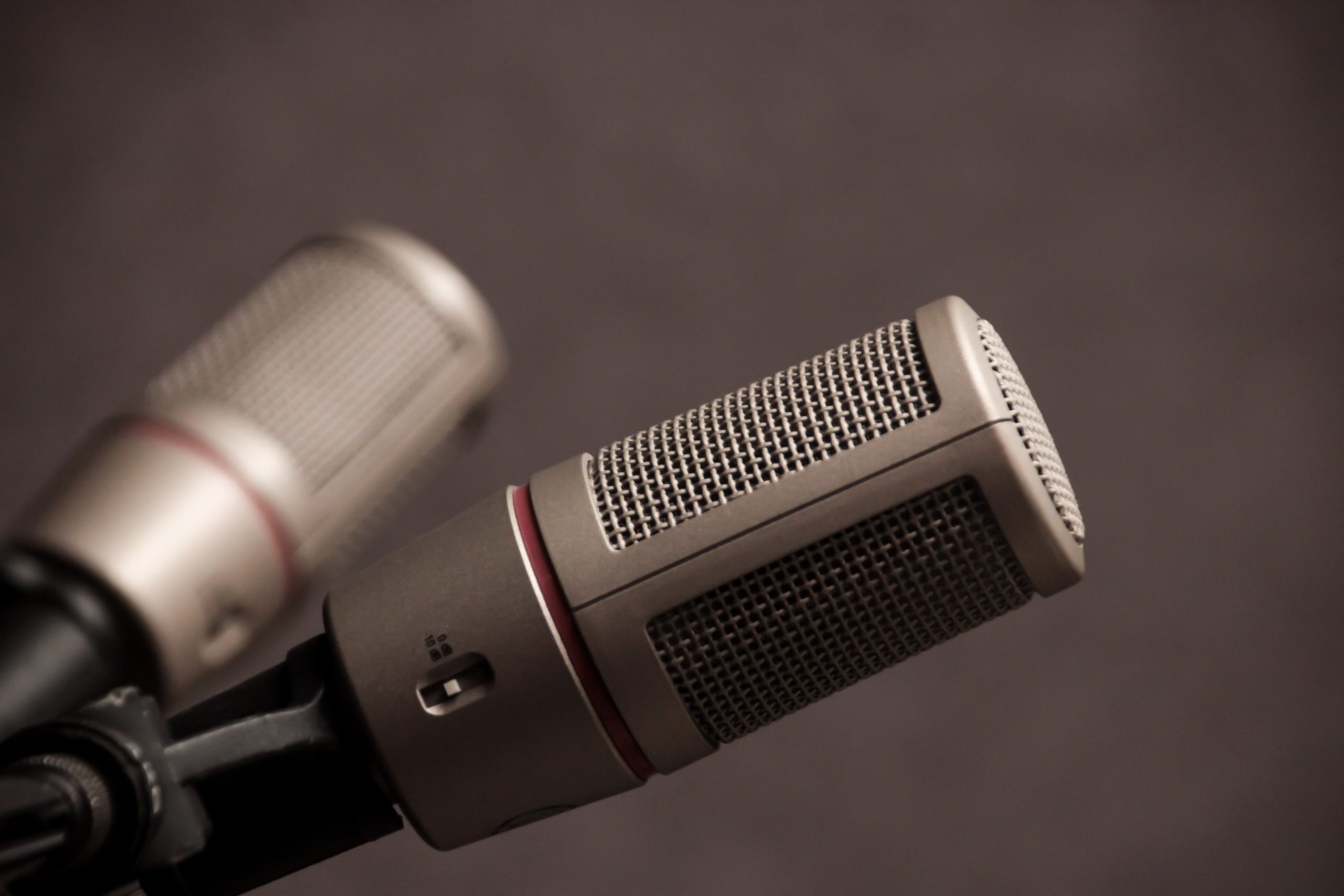 Sometimes one mic just won’t cut it. Every now and then you need the sonic depth that only stereo can provide.

But with so many different stereo miking techniques to choose from, it can be difficult to know which one is right for your specific situation.

In this blog, you’ll learn about some of the most popular stereo miking techniques and when to use them.

One of the most common stereo miking techniques is AB Stereo or spaced pair. This technique uses two cardioid or omnidirectional microphones placed a moderate distance from the sound source, pointed straight ahead.

Ideally, you’ll use a matched pair of microphones, meaning the mics were assembled one right after another at the factory. This helps ensure that the sonic imprint of each mic is as similar as possible.

To the naked eye, it may look like two mics just kind of sitting there, but there’s a bit of science involved.

Since both mics are pointed straight ahead, they tend to capture a lot of room noise, making this technique ideal for miking drums and large mid-sized ensembles like choirs or orchestras.

The XY stereo micing technique is one of the most versatile stereo miking methods. Not only does it sound great on most instruments—especially close-mic’d sources—but it’s also super-simple to set up.

Start with a matched pair of cardioid microphones. While this approach often works best with small-diaphragm condenser mics, you can use any style of microphone—even your trusty SM57!

Arrange the mics so they’re pointed at a 90-degree angle from each other, with one capsule placed directly on top of the other. For a wider stereo image, try spreading the mics out wider than 90-degrees. Just be careful not to go too wide or the center may start to sound weak and thin.

Named after the French broadcasting company that developed the technique in the 1960s, ORTF stands for the Office de Radiodiffusion Télévision Française. The ORTF technique was designed to provide a wider stereo image than the traditional XY approach when close-micing sound sources.

The ORTF technique uses a matched pair of mics carefully positioned with their diaphragms spaced 17cm apart and at a 110-degree angle from each other. This provides a wide, balanced stereo image with a focused center where the rear pickup patterns overlap in the middle.

As an added bonus, this method closely reflects the way human ears work, making it an excellent option for immersive recordings.

To set up the Blumlein technique, start by placing one mic facing directly at the sound source, then turn it 45-degrees to the side so it’s off-axis. Flip the second microphone upside down and place it directly above the first mic with the capsules perfectly aligned. Then rotate the second mic 90-degrees so the capsule is pointed off-axis in the opposite direction.

Since the mics are in figure-8, they capture sound from the front and back—and with both mics pointed in opposite directions, you can capture four distinct quadrants. While there is some overlap between each quadrant, this technique clearly captures four distinct sounds.

This versatile technique can be used for a wide range of applications. Move the mics closer to the sound source for a more direct sound, or farther away to capture more ambiance

While it’s not required, many mic stand manufacturers offer a Blumlein Stereo Bar that perfectly aligns the capsules of both mics, making it easy to dial in the right sound.

While it takes a little work to set up in your DAW, the Mid/Side stereo recording technique provides a wide stereo image with a focused center—and best of all, it’s totally phase-coherent so you don’t have to worry about your mix collapsing in mono.

This technique uses two mics: a figure-8 mic for the side channels and a cardioid mic for the middle channel.

A large-diaphragm condenser and small-diaphragm condenser combo work well for a balanced sound, while a ribbon mic and dynamic mic combo can be great for more colorful tones. Some engineers even like to use a matched pair of mics with different pickup settings for a more consistent sound.

Start by placing the Mid mic pointed directly at the sound source. Then add the Side mic at a 90-degree angle—with the capsule pointing away from the sound source to capture the ambient sounds on the side. Make sure the capsules of both mics are lined up as closely as possible.

Then add a phase-inversion plug-in to one of the Side tracks and flip the polarity so that one channel captures the left side of the capsule and the other captures the right side.

Pan the channels to opposite sides for a wide stereo image and bring up the level of the Mid mic to control the amount of detail in the center of the mix.

This versatile technique works well on most sound sources. Move the mics closer to the source for a more direct sound, or farther away for a more ambient sound. Just be careful, as moving too far away diminishes the differences between the Mid and Side channels.

Another classic technique, the Decca Tree method was developed by Decca Records in the 1950s and is still commonly used for large-scale orchestral and symphonic recordings today.

This method uses three omnidirectional mics placed roughly 10 feet above the performers. Two mics in the rear are placed 6.5 feet apart, with a center mic placed 5 feet in front of the others to form a triangle.

Similar to the Mid/Side approach, this technique uses the left and right mics to form a wide stereo image with the center mic forming a strong mono foundation.

While the Decca Tree was originally developed for orchestral recordings, it works well with any ensemble (even drums!) and sounds especially good in studios with high ceilings.