The Evolution Of A Home Studio Vocal Chain 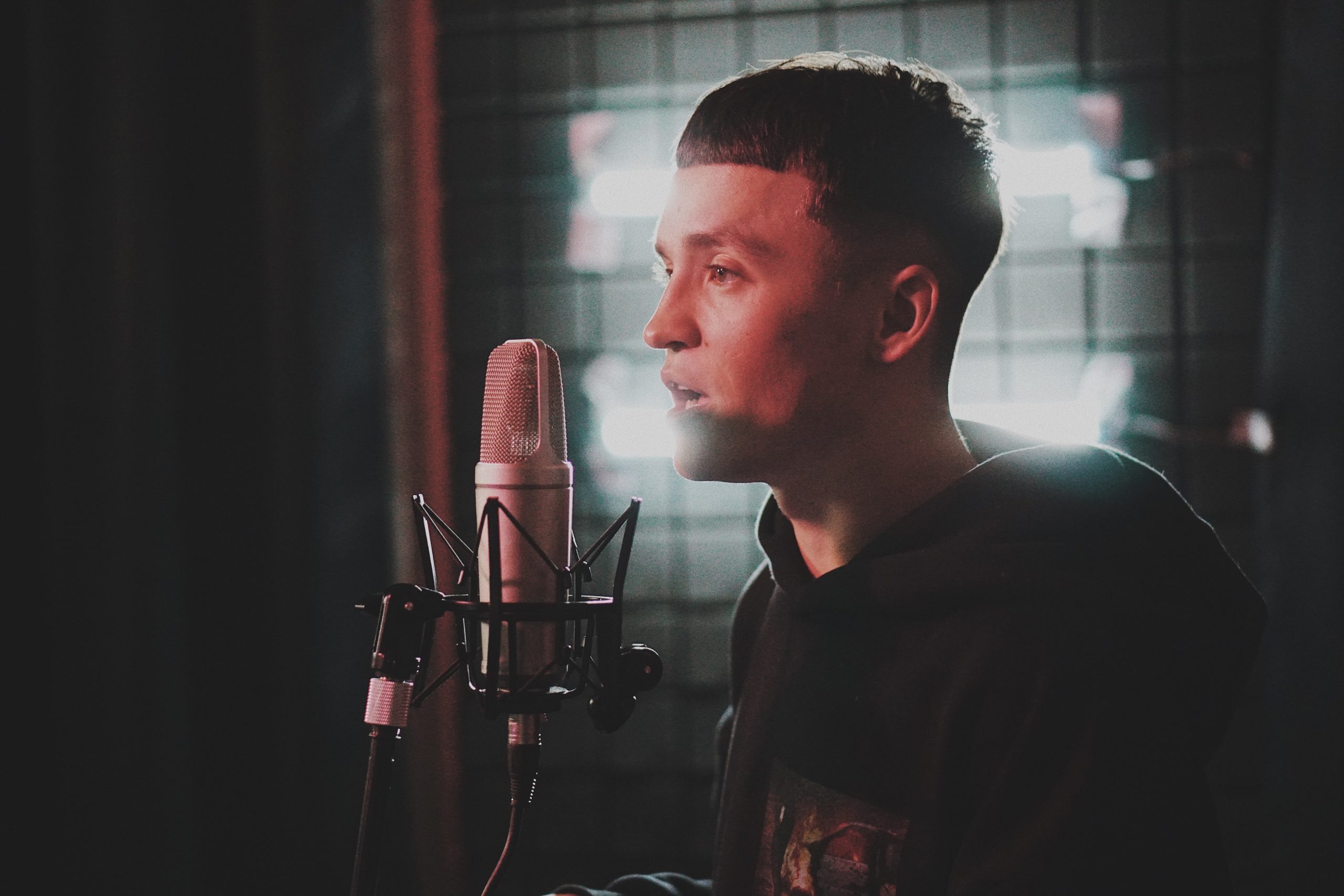 One of the most common questions I get is “how do I record my vocals at home.”

This is so relevant now as recording gear becomes more and more inexpensive, more artists are dabbling with home recording.

After all, that’s how I started in this whole audio recording industry!

So it’s no surprise that during one of my YouTube live streams last week, a subscriber asked a variation of this question.

That’s what sparked this memoir. There is value in knowing how others have progressed when choosing their vocal recording setup.

While I would never recommend copying someone’s recording setup, I hope you enjoy learning about the tough gear decisions I had to make in the past.

After all, not all audio gear is affordable.

Not all my gear is cheap.

With that said, let me take you back 10 years ago when I started this home recording journey.

Our story begins when Ryan did not have much of a vocal chain to speak of. Not hardware-wise at least! I was lucky to get my hands on an AVID M-Box Pro as my first home recording audio interface. Let me tell you, what an incredible choice! Although it didn’t have many inputs and outputs, AVID really did a solid job designing this thing. It was built like a tank, had clean preamps and great D-A conversion. I still own it today, safely stored under my bed.

So obviously at this point, there is no “chain” to speak of. And that’s because I was just starting out and didn’t have much cash to spend. The first chunk of change that came my way, I picked up an Audio Technica AT2020 and rocked the Pro Tools stock plugins. I recorded my first EP with that setup and it sounded terrible! But hey! It wasn’t the gear to blame, it was just my first year ever home recording.

The first outboard gear purchase EVER was my PreSonus Eureka. The Eureka was a single channel strip, meaning that it was an all-in-one box that contained:

This channel strip also marked another enormous leap in my career: the year I started taking on paid studio clients.

Having a piece of outboard gear with a cool looking VU meter not only gave clients a better first impression, but it also saved me a ton of time in the studio.

Recording-in gentle compression and transparent EQ on every track elevated the mix as a whole! My clients never had to hear a “raw” vocal during playback of their takes. I got my tracks 80% of the way there with the Eureka and finished them up with some Slate Digital and SoftTube plugins

Grabbing my AKG 414 was the biggest investment I’d ever made in my studio at the time. I bought it used on eBay to save money but ended up loving the mic so much that I now have two!

The AKG 414 in my humble opinion is one of the most affordable microphones to land you into “pro” recording territory. The thing sounded great on everything including vocals. Some say that the mic can be a bit harsh, but it was nothing I couldn’t tame with the FabFilter Pro-MB Multi-band Compressor.

That same year, I decided to trade in the outboard EQ and Dynamics I was getting from my Eureka and level-up over in the Pre-Amp territory. I ended up purchasing the Rupert Neve Designs 511 (500 Series) preamp.

Similar to the Eureka, this preamp was also coupled with a saturator on the front-end called “silk”—now that’s marketing!

The RND 511 was an upgrade simply due to the headroom and higher quality saturation that this preamp brought to the table. I found my vocals becoming more three-dimensional. I also experienced a quasi-spiritual conversion over into 500 series rack-mounted gear.

After purchasing the 511, my EQ and dynamics went completely digital thanks to the amazing plugins over at Fab Filter. But even so, I soon went full-force into building a complete 500-Series onboard vocal chain anyways.

In addition to home recording, taking on clients, and working as a barista at Starbucks, I was also interning at one of the biggest studios in San Diego—Studio West. This, for better or for worse, exposed me to the incredible world of Optical Tube Compression. Specifically the classic compressor, the LA2A.

Now, as a home studio owner, there was no way to justify the dolla billz required to actually acquire an LA2A. But I was able to get extremely close!

Enter the IGS Audio ONE-LA 500 Series Optical Compressor. It’s basically a 500 series module remake of the LA2A with real optical tube compression within that tiny chassis. I was sold! I purchased one, loved the sound and didn’t look back. I now run every vocal through its sweet melodious squeeze on the way into Pro Tools and it’s literally the best thing ever.

No, I’m not sponsored.

Really Expensive Stuff That Nobody Needs (2019)

Last year, I dove into alternate options to make my vocal chain more versatile. That’s the amazing thing about 500 series is that they are easy to swap out.

Depending on the client, I choose an HA1073 preamp for a fuzzier, more classic Neve sound compared to the modern RND511.

I also was so impressed by the ONE-LA that I bit the bullet and purchased the IGS Audio version of the classic 1176 compressor. I guess that officially makes me a fanboy, but I’m okay with that.

In conclusion, if you ever get tempted to compare your setup to others’, here are some wise words from someone who has been there as well:

For every dollar that I invested in gear, my sound only improved maybe about .001%. There is something called the law of diminishing returns and it is clearly demonstrated in the evolution of my home studio vocal chain.

That’s why the most important thing to work on is your own knowledge of home recording. Specifically learning the techniques that apply home studio owners with home studio challenges.

With proper knowledge of recording, a skilled home studio owner can make any piece of gear sound great. When you’re ready to be that guy, my friend Bjorgvin can help you with that!

So who is this guy that somehow knows a lot about audio recording? My name is Ryan Waczek, and I am the founder of the music-training website, the Indie Music Academy. We help artists learn how to make a living and grow a fan base through our expansive library of training and career resources that help them earn a music income and grow a hungry audience.

If you are a home studio owner who writes and releases your original music and needs help marketing to a broader audience, I’d love to offer you a gift: my Spotify Marketing Gameplan. It’s the same 5-Step method that I use to get my artists playlisted on Spotify, again and again, resulting in hundreds of thousands of streams. It’s free to download and utilize right away!

Photo by Oleg Ivanov on Unsplash