When To Use Serial vs Parallel Processing In Mixing 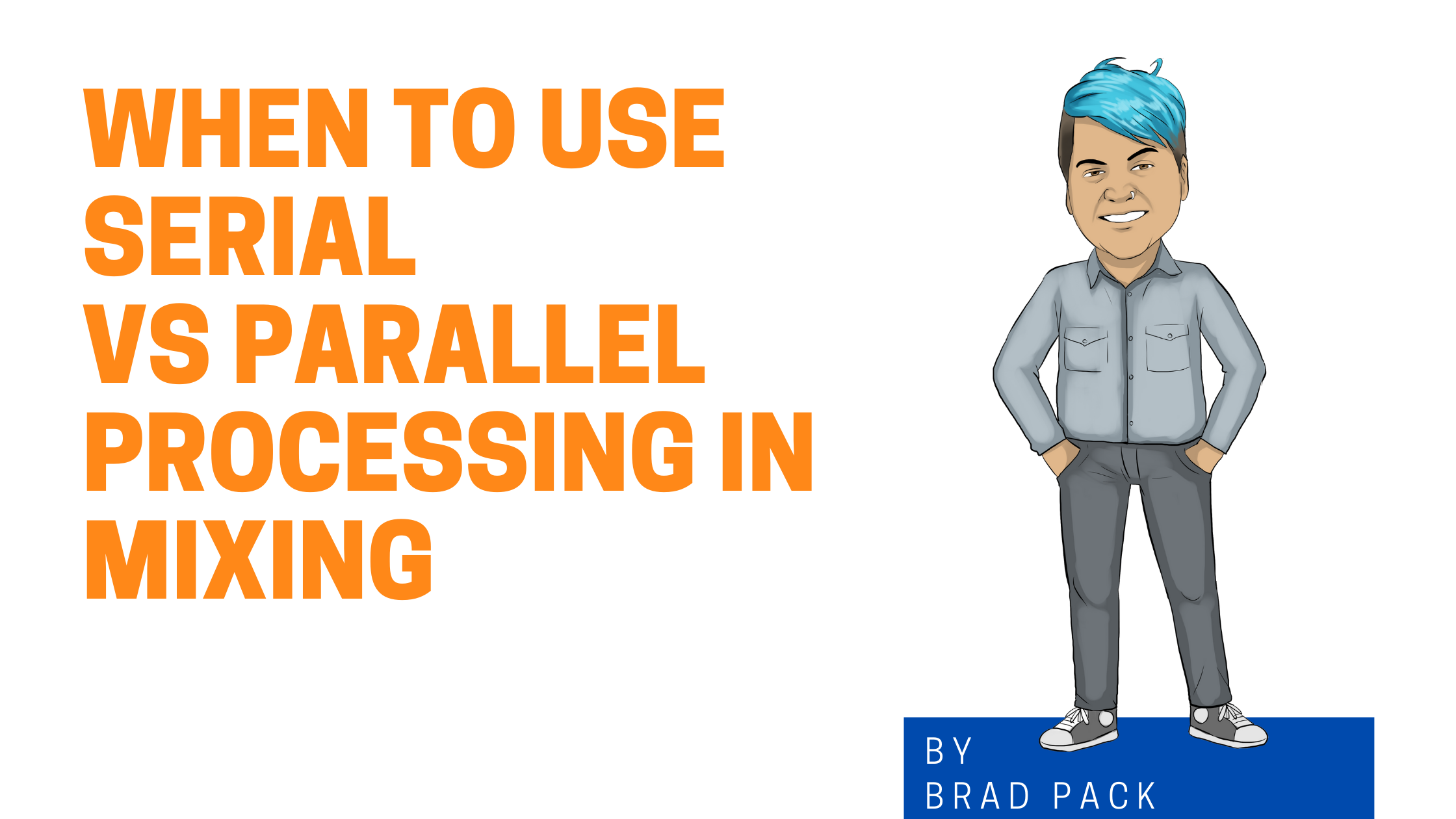 Serial and parallel processing are two powerful mixing techniques that can be used to help craft clear, detailed mixes. But they can be tricky to master if you’re not sure how they work. And it can be especially hard to know when to use which technique.

In this blog, we’ll explain the difference between serial and parallel processing, and give a few examples of when you use each approach. First, let’s take a look at the most common technique; serial processing.

What Is Serial Processing?

You may not realize it, but you’re probably already using serial processing in your mixes. Serial processing is just a fancy name for using more than one of the same type of plug-in to process an instrument.

It could be as simple as using two of the same plug-in back to back on a channel in your mix, or more subtle like applying processing in stages over a series of busses. You can use two instances of the same plug-in or two totally different plug-ins, as long as they’re both the same type of processor.

When To Use Serial Processing

It’s also common to use serial processing to achieve two different sounds. For instance, you might use an 1176 compressor for peak limiting, followed by an LA-2A for level control. While both compressors are technically applying gain reduction, they’re accomplishing different goals.

Alternatively, you may apply compression in stages, like while working on a drum mix. It’s common to apply compression directly to close mics like kick and snare, as well as on the drum bus. You can even introduce addition stages of compression with a bus compressor and limiter on your mix bus.

Another common use for serial processing is de-essing. De-essers tend to suck the life out of a vocal when used aggressively. But sometimes, a mix may call for 10 dBs of gain reduction. Instead of sacrificing sound quality, you can have the best of both worlds by de-essing gradually in stages.

Perhaps the most common form of serial processing is EQ. Think about how many times you tweak the frequency response of an instrument throughout the production process. For a simple guitar recording, you could have up to six or more instances of EQ used in parallel without breaking a sweat.

You start at the source with tone controls on the guitar and amp, followed by an EQ to tweak your sound on the way into the DAW. Then you apply a little EQ to the guitar channel while mixing, as well as some gentle EQ-ing on the mix bus. Finally, you apply one more stage of EQ while mastering to fine-tune the overall sound of the track. All of the sudden, you’re up to six instances of EQ across the life of the production.

What Is Parallel Processing?

Parallel processing is a bit more advanced than serial processing and requires some additional set up in you session. First, you’ll need to create a duplicate of the track you want to apply parallel processing to, or send the original track to a free aux bus.

When To Use Parallel Processing?

You’re probably already using parallel processing in your mixes to apply time-based effects. To preserve processing power and additional resources, it’s common to use a single reverb or delay send, as opposed to inserting multiple plug-ins on each individual track. Not only does this help de-clutter your mix, it streamlines your workflow since you only have to tweak settings on one plug-in.

Another common use for parallel processing is applying compression. Also known as “New York Compression,” parallel compression is a handy technique that’s used to add power and punch to tracks. Commonly used on drums, parallel compression makes it easier to hear the quieter parts without truncating transients and squashing your dynamic range, similar to “upward compression.”

Start by sending the drum bus to an aux channel and insert your favorite compressor. The 1176 is a common choice for parallel compression thanks to its famous “all buttons in” mode, which combines hyper-fast attack and release times with a high ratio setting for an aggressive, bombastic sound. Plus, the 1176 generates additional distortion in this mode, which can help your drums cut through the mix.

One of my favorite uses for parallel processing is saturation or distortion. Instead of adding a tape machine emulator to my mix bus for some subtle harmonics, I might add a distortion generator in parallel. This allows me to fatten up my mix by blending in the heavily distorted signal with the clean signal.

Don’t be afraid to use aggressive settings with parallel processing. Peg the needle. Clip the meter. Push your sound beyond its limit to create something larger than life—then gently blend it in with the original to capture the natural dynamics of the performance. Combined with the over-processed sound in parallel, you’ve got the best of both worlds.

Use these techniques on your next mix to help you dial in the perfect sound!