The Best Way To Approach Co-Writing A Song 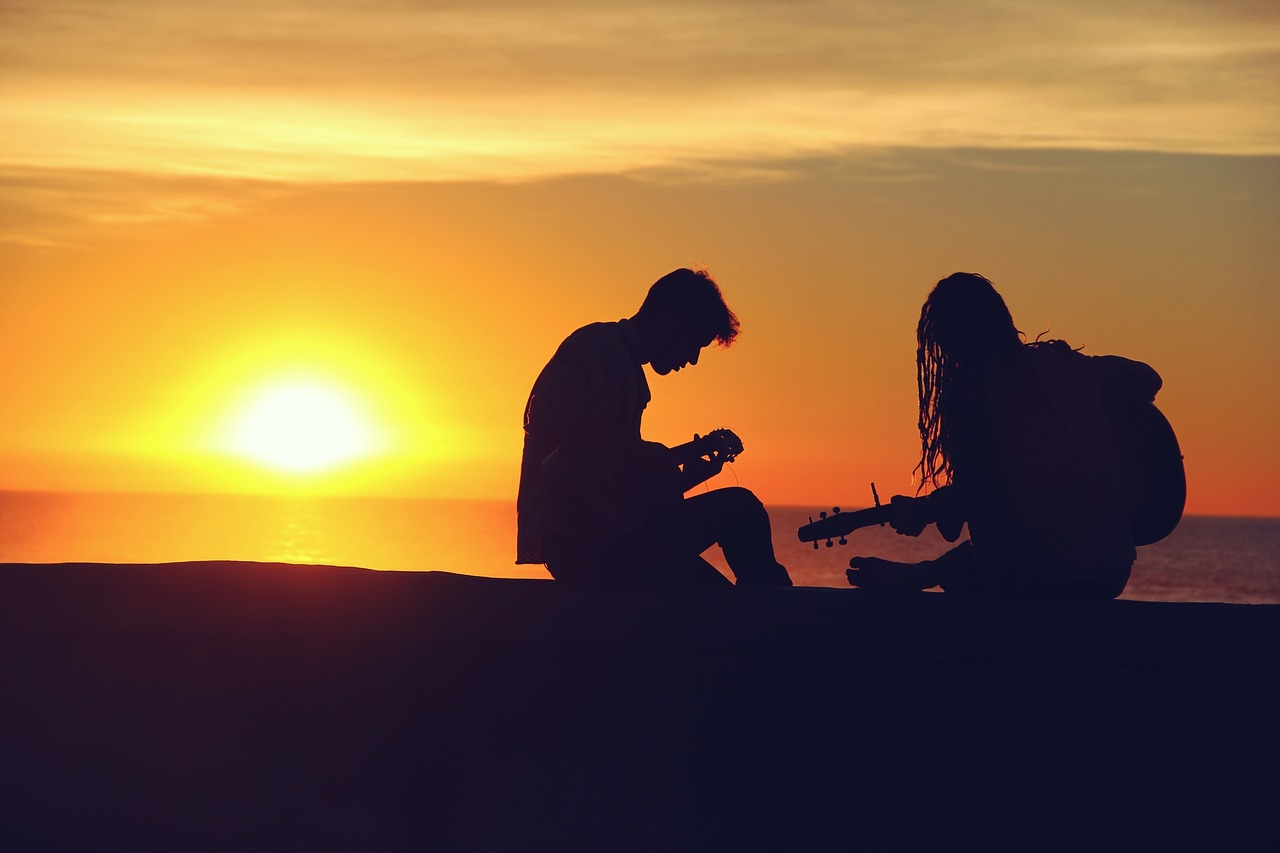 Lennon and McCartney. Richards and Jagger. Simon and Garfunkel (but mostly Simon). We all know these names as the power songwriting duos they were. Their stories show us how to go about co-writing a song — with a teamwork mentality.

In this post, I’ll go through the benefits of co-writing, how to find a co-writer, and the basic dos and don’ts of songwriting with someone.

The Benefits Of Co-Writing

There are plenty of good things about co-writing a song with others.

First, you’ll have the chance to learn from others’ songwriting processes. Each person approaches songwriting differently, and you might be able to “steal” another songwriter’s approach for your songwriting. By observing other songwriters, you can see what works and doesn’t work.

Second, your co-writer can help both of you turn one of your throwaway songs into a great song. All of us have half-written songs that don’t seem to be going anywhere. But if you brought one of those tunes to a co-writer, they may be able to help shape it into something. And you may be able to do the same for one of their back-burner songs.

Third, you can get objective feedback on your ideas and your songs in progress. Yes, it’s important to edit and critique your songs, but you’re not entirely objective. That’s why it’s crucial to have a fellow songwriter tell you what they think.

Fourth, it’s just fun. Working with another songwriter with whom you get along can be such a rewarding experience, even if the song never gets recorded (or finished). If you’re both excited about the song, but no publishing company or singer wants it, why not just record and release it yourselves?

How To Find A Co-Writer

The first place to look for a co-writer is in your circle of friends and acquaintances. If you know a songwriter, see if they’re interested in co-writing a song, then schedule a date if so. Even if you know only musicians, they may want to try writing with you.

For Redditors, here are some subs to check out:

And for Facebookers, here some groups worth joining:

There’s also a website called SongwriterLink that’s free to join. Its whole purpose is to bring together songwriters from anywhere in the world to collaborate. Plus, they offer songwriting critiques from an award-winning songwriter.

The Basic Dos And Don’ts Of Songwriting With Someone

Before we dive into this section, let me be clear about something: there are no rules in co-writing a song with someone (or songwriting as a whole, for that matter). Anything you read online (like this post) or hear from other songwriters is simply a suggestion or that person’s opinion.

So without anymore prefacing, here’s what I think are the basic dos and don’ts of co-writing a song.

…Come to the songwriting session with at least three song ideas. It’s best to come prepared, so have some song ideas ready — whether they’re just seeds or half-written songs. This will save time instead of both of you sitting around trying to come up with something from scratch.

…Set a time limit for the session. Time constraints can often push us to be more decisive instead of wasting time. It will give you both a sense of urgency. Besides, if you run out of time, you can always come back to the song on a different day and edit.

…Be open-minded and easy to work with. No one likes a person who just takes over and does everything their own way without listening. On the other hand, no one likes someone who doesn’t contribute anything to a song. Present your ideas, but also listen to the other person’s ideas. When you think the song should go a certain direction, say why and then hear what the other songwriter thinks.

…Make the lyrics point to the song title. The title is the thesis of the song, so the lyrics should tell us why the song is called that (even if the title isn’t in the hook). That way, you and your co-writer will be on the same page.

…Get used to opening up. I know it may seem awkward and vulnerable to get personal with another songwriter, especially if you just met them. But trying to insert your emotions and experiences into the song can help make it more powerful.

…Try many different versions of your song. Tweak the chord progression. Play it with a different groove. Write it in a different genre. Switch instruments. This is where open-mindedness is a useful characteristic to have — for both songwriters.

…Take another songwriter’s ideas to write later on your own. If your co-writer pitches an idea that you all don’t end up using in your co-writing session, don’t use it for yourself. That song belongs to them, for them to use later if they’d like. Plus, stealing their song idea would just be a jerk move.

…Keep going if you don’t like where the song is going. It’s better for everyone if you say you’re not feeling it; otherwise you’ll end up wasting everyone’s time. You can either redirect the song or just start over on another day with a new idea.

…Talk bad about your co-writers. Word will get around you’re unpleasant to work with. Then no one will want to write with you.

Not every co-write will work out, so keep trying. It’s okay to try and not accomplish what you wanted to. Just learn from your experiences and do better the next time.