6 Compression Mistakes You Must Avoid While Mixing 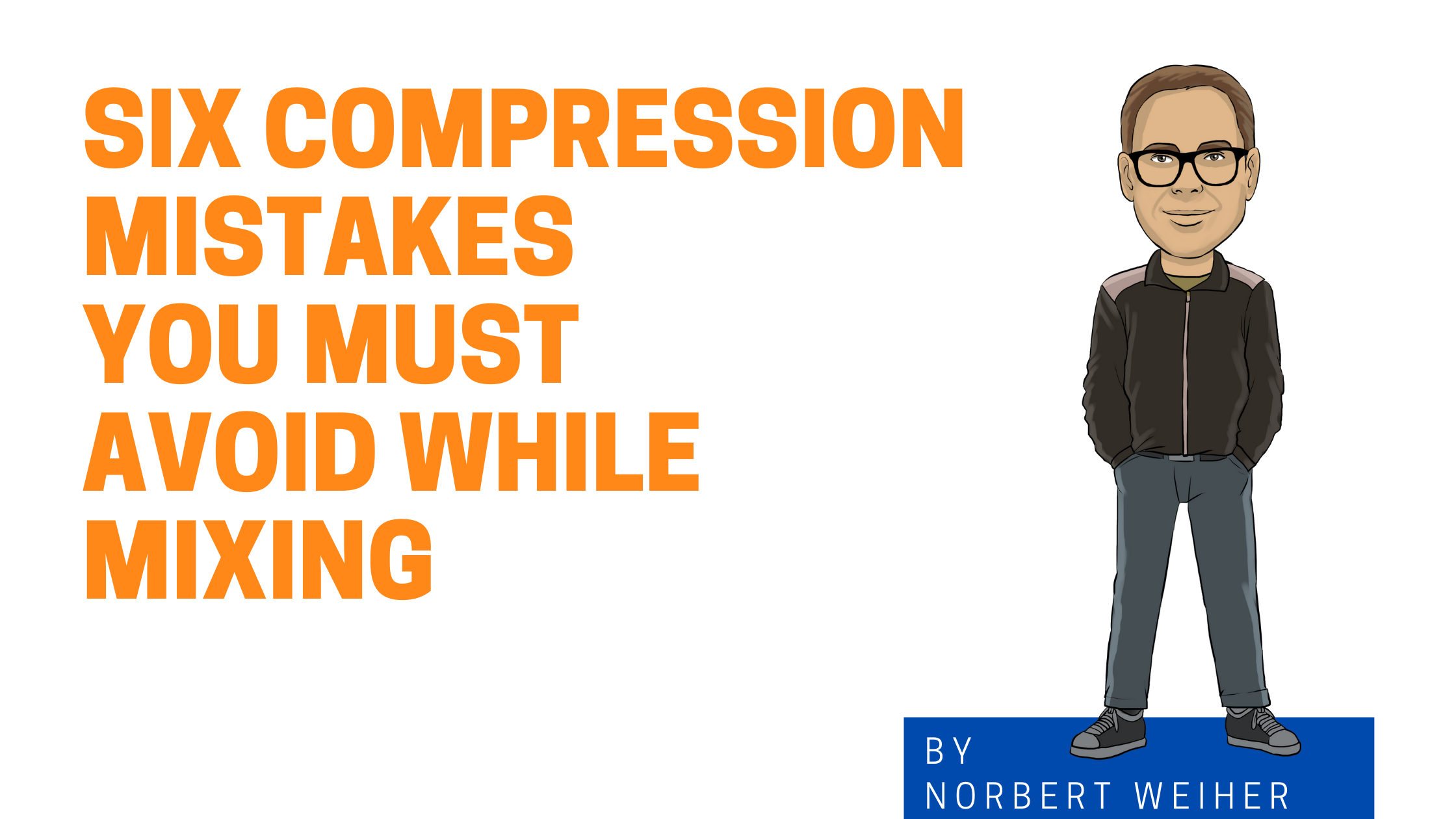 Compression is one of the most applied techniques in music production. Used correctly, it can greatly enhance your track. But used in the wrong way, compressors can cause a lot of damage to your mix.

The phrase ‘If it sounds bad, just slap a compressor on!’ is one of the biggest myths in music production. In fact, adding any plug-in to your signal path without intent is a recipe for disaster.

Before compressing a track, always ask yourself:

Which sonic outcome do I want to achieve?

The two most common answers to this question are:

If you replied, ‘I don’t know…’, you might be better off leaving the track uncompressed.

Our brains have a strong tendency to judge something that is loud as something good. Since compressors increase perceived loudness, they can be really pleasing to the ear.

This is the root of the whole loudness war issue.

However, loud and highly compressed tracks only sound good in the short term. During longer listening sessions, high amounts of compression cause ear fatigue.

That’s why I can listen to Metallica’s Master of Puppets from front to back, but I have to give it a break every two songs if I want to do the same with Death Magnetic.

So be careful not to add too much compression. If in doubt, back off threshold and ratio.

Remember: Less can often be more.

The objective of a compressor is to reduce the dynamic range of your track in order to make it fit better within the mix.

If you compress in solo, how can you evaluate whether the compression you applied really makes the track fit better with the others?

The only way to know is to do an A/B test in the context of the mix.

Of course, you can hit the solo button to evaluate how the compressor changes the sound of your track. Just make a habit of always double-checking without solo.

If the compressor makes the entire mix sound better – approve it.

If it makes the individual track sound better, but the mix suffers – reject it.

4) Working with too many presets

Don’t get me wrong, I do like presets. They can be great to figure out the sonic capabilities of complex plug-ins (reverbs, delays, synthesizers). But let’s be honest – a compressor doesn’t have that many parameters.

Instead of flicking through the preset list, do yourself a favor and set up the compression parameters yourself – from scratch.

As a reward, you’ll get tailor-made compression for your track!

Start with a low ratio, high threshold, slow attack, and medium to fast release. Then adjust threshold and ratio until you achieve the amount of compression necessary. As a last step, tweak attack and release times (read the next point about this!).

5) Not tweaking attack and release times

The main compressor parameters can be divided into two groups. The first defines the amount of compression (threshold, ratio). The second defines the sound of the compressor (attack, release).

A common mistake I’ve seen time and time again is configuring the amount of compression with threshold and ratio, but leaving attack and release at their default values.

Don’t settle for the default – always adjust attack and release to get the sound you want.

Start with slow attack and medium to fast release. Adjust the release so that the compressor needle follows the rhythm of the instrument you are compressing. Then decrease the attack time until you hear that you are starting to squash the transients. From there, adjust to taste.

6) Having too many compressors available

Have you ever found yourself spending more time on choosing which compressor to use than on tweaking its parameters?

If so, here’s a question: How many different compressors did Roy Thomas Baker use when mixing Bohemian Rhapsody? He didn’t need a huge variety of compressors.

Instead, he knew exactly how and when to use the ones that were available to him.

I challenge you to limit your choice of compressors to no more than 5 plug-ins. Study those plug-ins intensively. Read their manuals. Apply them to different instruments and feel how they sound.

I guarantee that by limiting your choices, you’ll spend more time on what really matters:

Finding out which compression parameters work best with your track.

Norbert is a sound designer, composer, and engineer. Head over to norbertweiher.com and have a chat with him about compression, mixing, or the meaning of life (42).