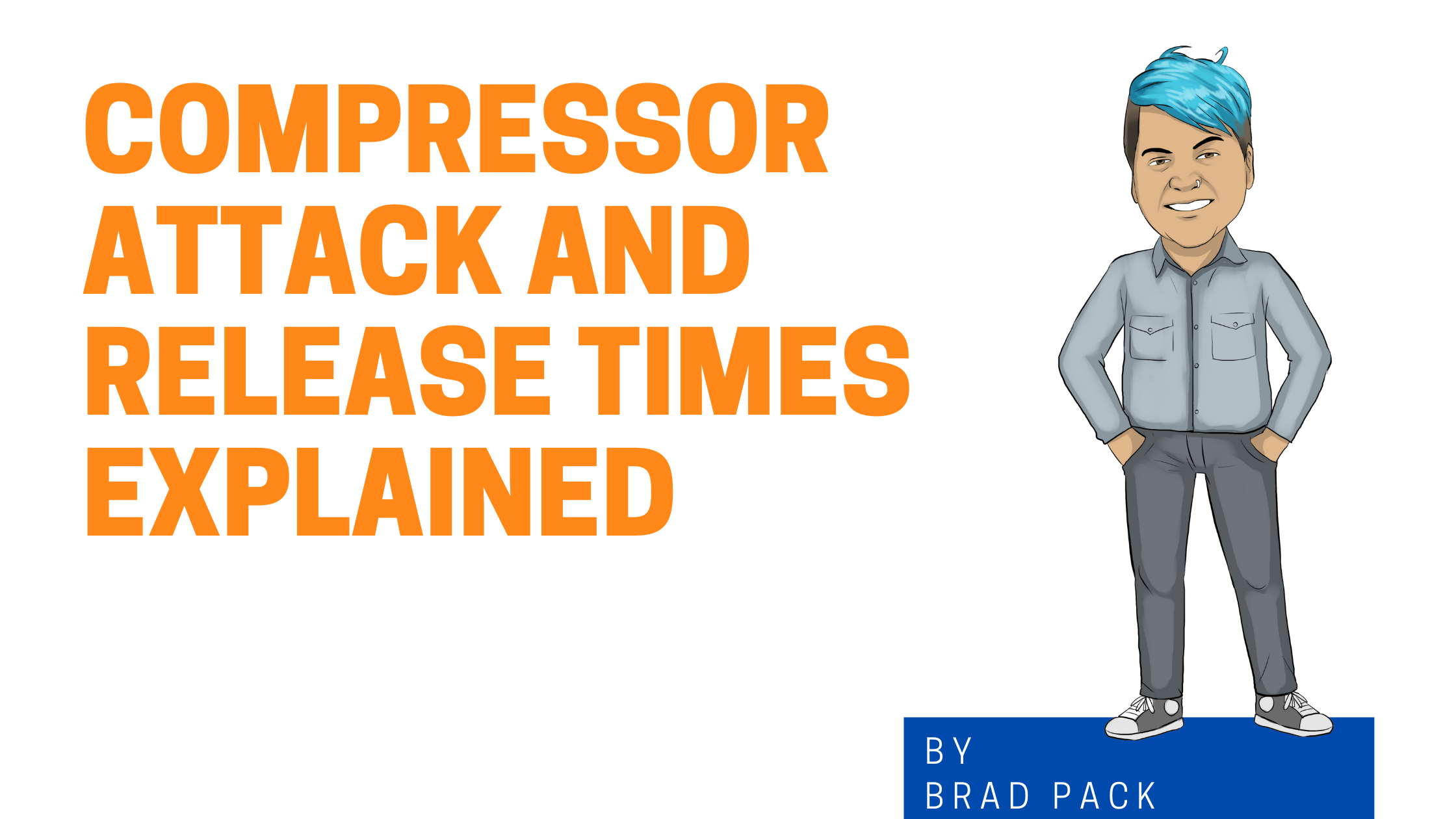 I’m going to tell you a secret no one in the music business wants you to know.

Learning how to properly use compression is hard.

Everybody thinks they understand how to use a compressor way before they actually do. Sure, they know what all the knobs are for, but most of the time they’re either recalling presets, dialing in the same go-to settings for every song or just spinning knobs until something cool happens.

It’s hard to hear the subtle differences between different attack and release settings—especially without knowing what you’re listening for. That’s why we put together a guide on everything you need to know about attack and release times, complete with audio samples and examples of when to use different settings.

On a technical level, the controls of a compressor are pretty simple.

The Threshold setting determines when the compressor actually begins compressing. Lower the threshold to apply more compression and vice versa.

The Ratio setting determines how much the compressor reduces or attenuates the signal. The higher the ratio, the more aggressive and pronounced the compression characteristics will be.

It may sound simple, but these two settings have a huge impact on how a compressor shapes the envelope of a sound. With the right settings, you can use a compressor to smooth out dynamic performances, add attack to transients, or even fatten tracks up with distortion. Whether you’re going for explosive room mics or subtle bus glue, the attack and release settings are key.

The attack setting is essentially the reaction time of the compressor. It’s responsible for how much of the initial impact or transient gets passed the compressor without getting squished.

Fast attack times are great for controlling dynamics since they start attenuating the signal as soon it crosses the threshold. However, they can also be used to tighten up performances or add a modern, processed sound. Just be careful; getting too aggressive with fast attack time can suck the life out of an instrument and push it back in the mix.

– Can suck the life out of a sound

Slow release times are great for smoothing out dynamics. They can also be used to push an instrument back in the mix or even control its depth. One of my favorite tricks is to automate the release time of the drum bus with a slower attack time in the second verse to help rein in an over-excited drummer. However, if the release time is too slow the compressor won’t release in time for the next hit, which can suck the life out of an instrument.

Using a fast release time adds excitement and aggression to tracks. It can also be used to increase the perceived loudness, which works great on room mics. However, setting the release time too fast can sound trashy or gritty and cause unwanted pumping artifacts, which occur when you can audibly hear the compressor clamping down.

To achieve the breathing effect, simply set the release time of your compressor so that it releases just before the next major hit of the song. For instance, with a traditional four-to-the-floor beat, the needle of the compressor would return to its original position just before each beat. From there, you can adjust the release time to make it faster or slower to achieve the desired effect.

– Can suck the life out of a sound

– Can cause unwanted pumping artifacts

Putting It All Together

Don’t get caught up on using specific attack and release times. Just think of what you want to accomplish, and which direction you need to spin the dials to get there. To give you an idea of what each setting sounds like, we’ve included audio samples with the fastest and slowest settings for both attack and release.

Oftentimes, attack and release times work in parallel to each other. For instance, if you’re looking for a punchy, exciting sound with lots of impact, you’ll probably want to use a slow attack and a fast release.

But if you’re looking for neutral-sounding gain reduction with lots of control, try a fast attack and a slow release.

Sometimes you don’t want to hear the sound of the compressor at all. Using slow attack and slow release times offers very gentle compression, although it doesn’t do much for peak limiting.

And sometimes you really want to be able to hear the sound of the compressor. Using fast attack and fast release settings offers an aggressive, distorted sound that’s excellent for a lo-fi garage-rock vibe.

By no means are these the only options when using a compressor. We simply used the fastest and slowest times to demonstrate the most extreme examples of compression. Explore different attack and release times on every track to find what works best.

It’s hard to hear the subtle differences between different attack and release settings, but now that you know what you’re listening for, you’re one step closer to mastering compression!