Marc Rebillet Has 4 Lessons Every Indie Musician Needs To Hear 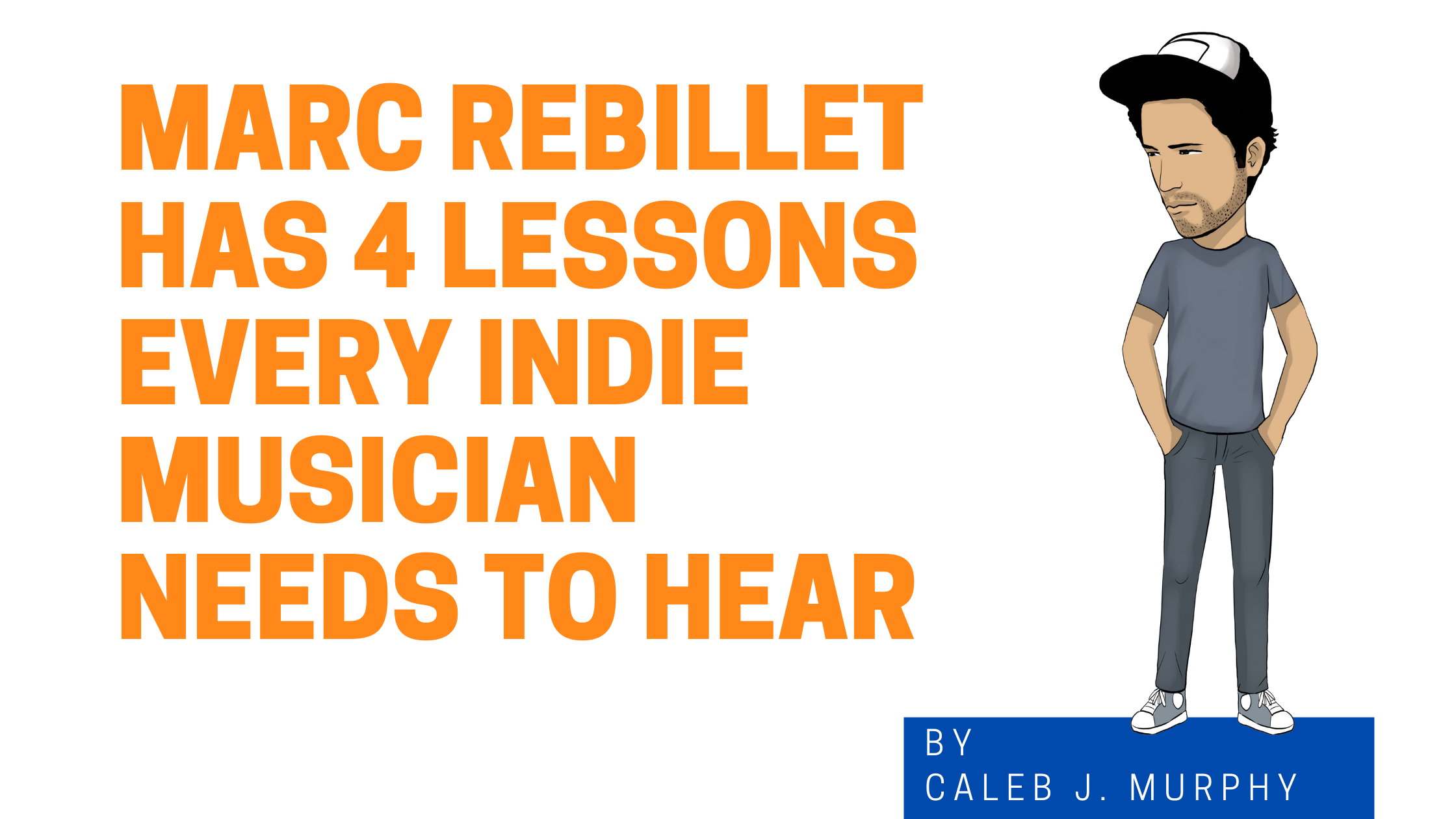 I never thought I’d be watching a grown man in underwear and a robe making dope music live on YouTube.

But that’s what you get with Marc Rebillet.

Rebillet is a DJ and music producer who has exploded online, mainly through YouTube, Reddit, and Twitch.

He uses a loop station, keyboard, and a mic to make up songs on the spot. The lyrics are hilarious (and often not family-friendly), yet the music is seriously good.

He has over 300,000 monthly listeners on Spotify, over 1.7 million subscribers on YouTube, and Billboard named him a “Billboard Dance Emerging Artist.”

Work On Your Musicianship First

The songs Rebillet creates on the spot are better than the songs many of us would make with hours of work.

And it’s because he’s an experienced musician and producer, his main instrument being piano.

He knows his music theory, seen by his fingers dancing across the keys.

He wouldn’t be able to make music enjoyed by millions if he weren’t first and foremost a stellar musician.

So if you want any chance at reaching your music goals, spend more time working on your musicianship.

Make a Habit of Creating and Sharing Consistently

In 2020, Rebillet’s tour was canceled due to the pandemic. So he innovated.

He held live stream concerts on Twitch, and he started doing a regular live stream on YouTube every Sunday.

During these YouTube live streams, he would take calls from viewers, chat with them, and then get song inspirations from their conversations. Then he would make a song right then and there.

As a musician, it’s hard to release music that’s not fully polished and done. But Rebillet didn’t worry about that.

He just started creating live, in front of people. And he made a habit of it, consistently entertaining and growing his audience every Sunday.

Consistency is key as a musician. So find a way you can develop a more consistent creative output. Then share what you’ve made.

Connect With Your Fans

Speaking of his YouTube live streams, it was very creative of Rebillet to start taking calls on air.

This not only gives him a direction for the song he’s about to create in real-time, but it also provides a way for him to connect with his fans.

Getting attention and gratitude from an artist whose music you love is big for a fan. It’s impactful to connect with a creator you respect.

To grow a sustainable music career, you need fans. And you gain and retain fans through connection.

Or you could go the route of Rebillet and take calls while you live stream on YouTube and/or Twitch.

Find the style of connection that works for your passion and personality.

Collaborate With Other Artists

This allows for cross-promotion opportunities.

Each of these artists will share the live stream with their audience, and Rebillet’s audience can become familiarized with these artists.

Rebillet was already going viral before these collabs, but working with these artists certainly help him widen his reach and gain notoriety.

Collaborating with other artists is one of the best ways to grow your fanbase today.

You can do co-writes, remixes, or shared concerts (live or in-person). It’s all about what fits your personality and your chosen path in music.

You probably won’t go viral like Marc Rebillet did, but these four lessons are crucial to your success as an indie musician.

Follow these lessons, stay patient, and you’ll do well as an indie musician!

Caleb J. Murphy is a songwriter and producer based in Austin, Tx. He also helps part-time musicians find their path to a sustainable music career through his blog.