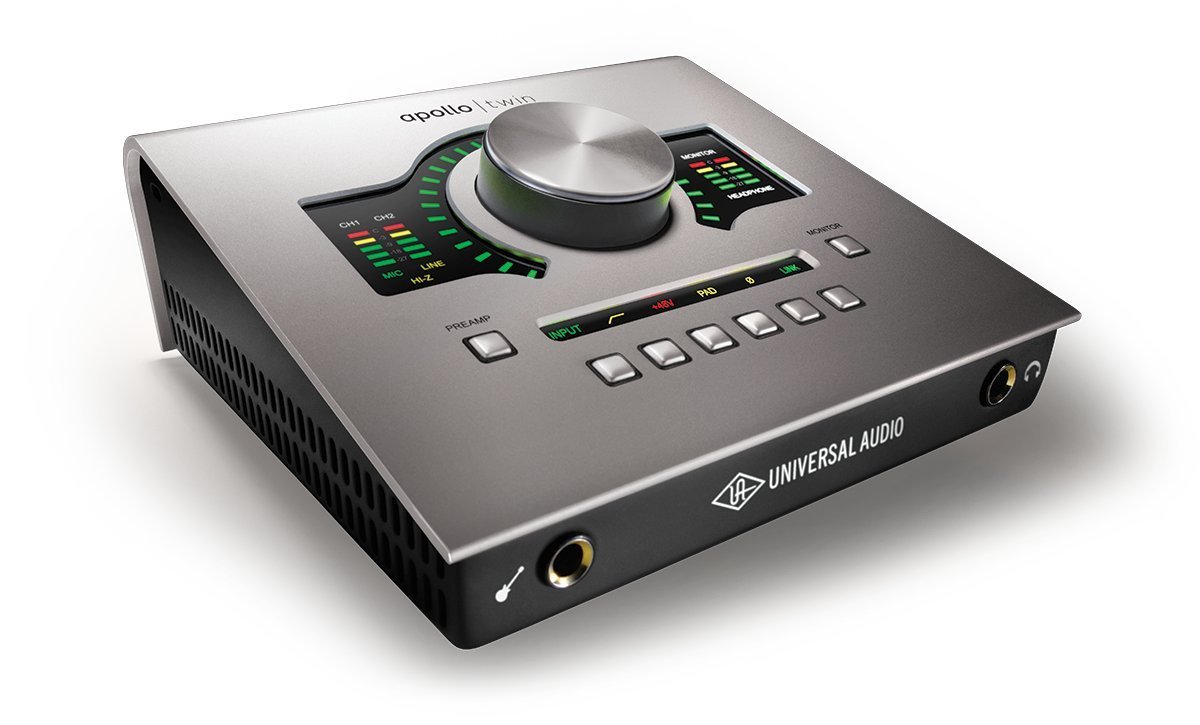 I had the unfortunate experience of my interface dying on me the other day.

So I used the “opportunity” and went hunting for a new interface. I was wanting something different anyway so it was a good excuse to spend some money.

How I Choose Audio Interfaces (Or any gear for that matter…)

With the massive amount of different interfaces out there the question always becomes, which one?

I mean, so many of them are similar so it’s hard to choose.

Here’s how I find almost anything online, whether it’s a new interface or a blender.

In my hunt for an interface the characteristics were pretty flexible. I could always get another Duet because I liked my old one. But I also wanted something that had more mic inputs for tracking drums or bringing it along for on-location recording.

The Duet is great at what it does, but you’re pretty much stuck with your two inputs and great A/D converters.

I was ready for something more.

Here are some of the audio interfaces I found on my quest.

If you’re just starting out or don’t need more than two inputs, then the following are great options. 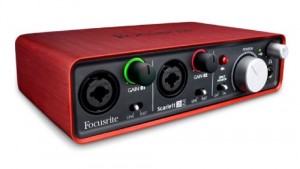 The Scarlett is a great starter interface or for somebody that’s on the move.

It’s cheap and small but still has great preamps.

Focusrite is a great brand and you see from the reviews that everyone is really happy with it.

However, it has limitations because you can’t expand or slave it to another interface through ADAT or S/PDIF. Overall it’s still a great choice if you’re starting out or like working out of your backpack.

I loved my Duet.

It was great for minimal recording work with the two mic inputs and their A/D converters sound amazing.

I actually did an A/B test where I bounced the same mix through the Duet and then again through the MacBook.

The difference was incredible.

The highs sounded harsher through the computer sound card and there was a noticeable lack of depth.

So if you’re looking for a great interface for mixing work then this is a great bet.

The Apollo was called a game-changer when it first game out. To some that just sounds like great marketing hype but to others it’s just great branding.

I would fall into the second category. I think UAD products are great. I’ve used both their hardware and software products.

I’ve used the original Apollo, their 6176 channel strip as well as the 4-710d preamps with great results. If you want an example listen to this 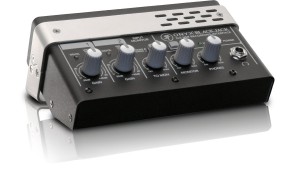 This Mackie kept popping up in my search and for good reason.

I really like the design of it. It has knobs within easy reach and is “built like a tank.” I wasn’t a huge fan of the digital knobs on the Duet because I like turning knobs and clicking buttons.

It has two mic preamps as well as dedicated DI switches if you need to plug your instruments straight “into the board.”

It gets great reviews and is would be a good choice for anybody that wants a sturdy desktop interface with low latency and high headroom. Not as portable as the Scarlett but in the same price range so it mostly comes down to aesthetics.

Like I said before, I was looking for something that had more than two mic inputs because I really like tracking drums. Even though two mics on the drum-kit is certainly possible I wanted more flexibility for that.

Besides, having 4-8 inputs would give me more options for recording my band more often. 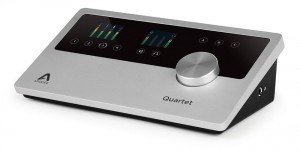 I debated buying the Quartet for a long time.

It has four inputs and an optical out so I could slave more interfaces to it if I needed extra mic inputs.

It also connects to your iPhone or iPad which can be great for some people although I didn’t see an immediate use for it.

I already knew it had great preamps as well as some of the best A/D conversion at that price point. However, it was just a little bit out of my price range so I passed on it. 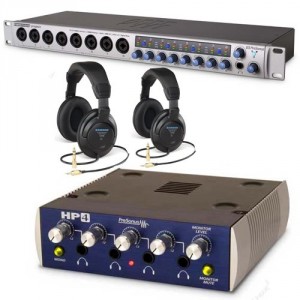 This bundle intrigued me a great deal because not only would I get an eight-input interface but also a headphone amplifier and a couple headphones.

Perfect for on-location recording or tracking a live band in their rehearsal studio.

The preamps sound nice enough and are definitely comparable to almost anything on this list. To be honest, I think mic placement is a much bigger factor in the quality of your recordings than an interface that’s $100 more expensive.

They’re all very comparable and you should be able to get great tracks out of any interface on this list. If you can’t you should look at your mic placement, instrument quality and performance before you blame the interface.

I’ve always been a big fan of Lexicon. It might because one of my first interfaces was a Lexicon Lambda and I used to work with only Harman products when I worked in live sound.

If you didn’t know, the Harman group owns Lexicon, JBL, DBX, AKG and BBE so those products all work really well together.

It doesn’t come as a surprise that it’s stocked with DBX preamps as well as a plug-in bundle with some legendary Lexicon reverbs.

So if you’re looking for a cool looking 8 input interface with nice preamps and some nice reverbs the Lexicon is a great choice. Also, if Cubase is your DAW of choice then you’re all set with the Steinberg Cubase LE4 that comes bundled with it.

This is the bigger brother of the Scarlett 2i2 with eight inputs and room for 10 more through ADAT and S/PDIF.

I was seriously considering this one because we just tracked drums with the Focusrite Saffire and it came out really well. The Saffire is a firewire interface so I didn’t include it in the list because my MacBook doesn’t support it.

My thinking was that if the Saffire sounded so nice the Scarlett must be just as good, if not better.

I looked at a lot of audio interfaces and the ones above are just the top picks. Ultimately I think anything on this list is great if it fits your needs.

So that sums up this year’s Essential Audio Interface Guide.

Do you have any of these interfaces? Anything I forgot or should have mentioned?

Let me know what you’re using in the comments!