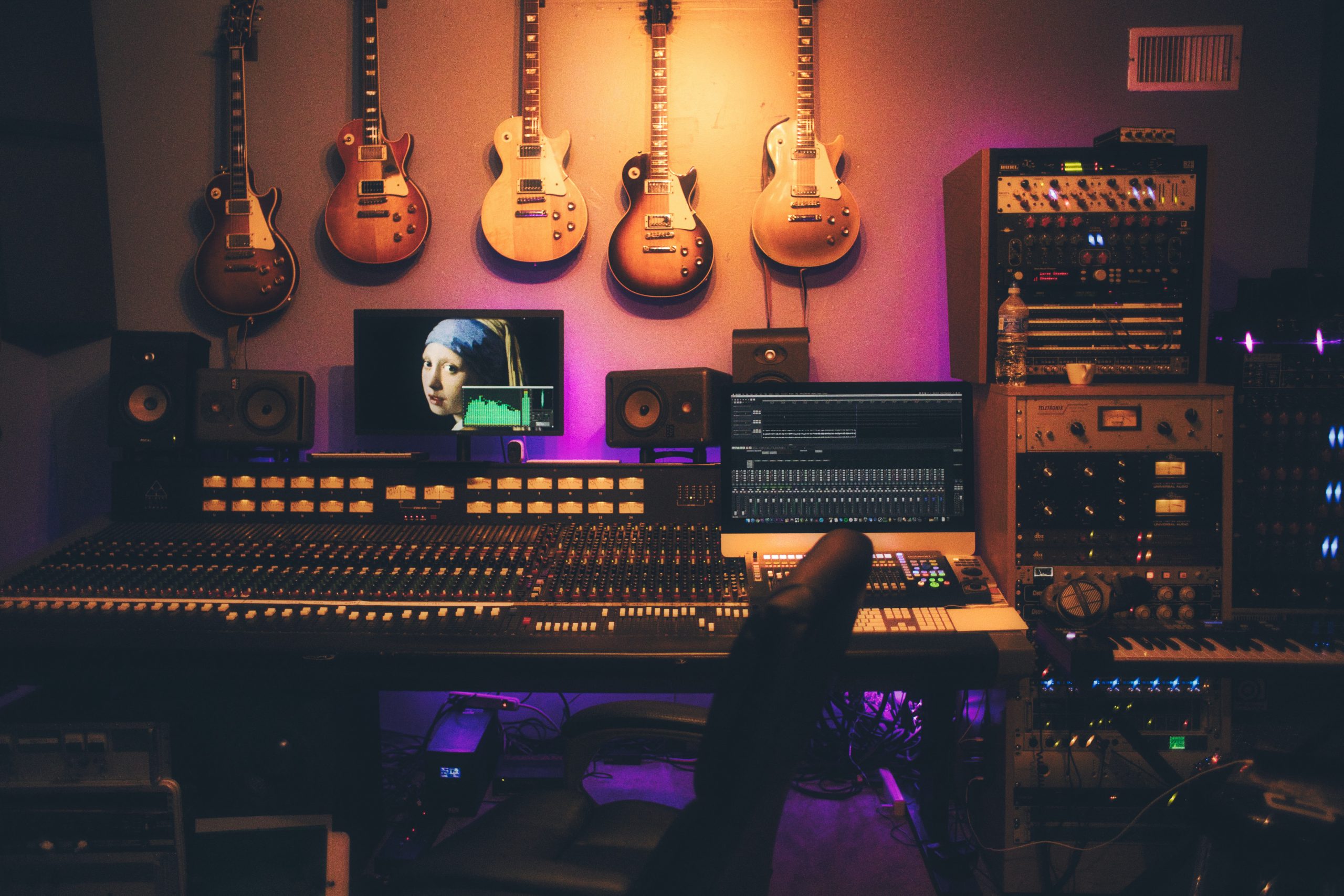 So you want to do a cover song, but you want it to be excellent. Not like the ones that the local band down the street keeps making.

Here are ten easy tips on how to arrange and record one in a polished yet creative way.

How to Choose a Song

While it sounds basic, choosing the song might actually be the most important step of this process. This should go without saying, but choose something you actually like. Your heart will be more invested in the long run, and your creativity more apparent. Ever heard a cover band sing a set that they really just weren’t into? Yeah. See what I mean? Nobody wants to hang out at that bar and restaurant anymore. So a great question to ask yourself is,

“Why do I want to record this song?”

The next big thing is to make sure the song is within your range if you are adding vocals. Run through the song in the original key center a few times, even just with Spotify or Youtube. If your lows are growly or highs feel pinched, it might not be the best choice. If you’re really invested, you can find a better (different) key center and re-transcribe it accordingly (More on transcribing later).  For example, I record many of my cover songs on the flute! Odd, I know. I still have to deal with the range issue, nonetheless, because the flute can only go down to a C or B4.

If you’re doing a set of cover songs for a small EP, try alternating the tempo to fast, slow, fast, slow.  This will keep your listener engaged throughout the whole set of songs. If you’re just doing one, the world of tempo is your oyster.

Another part of choosing your song is deciding what instrumentation goes well with it. You’ll want to consider how both the tempo and genre will interact with the chord structure and lyrics of the song you just chose.

How to Pick Your Instrumentation

Instrumentation makes a world of difference. Think about it: A pop-punk song on the ukulele, verses on drums and bass. Use instrumentation first to help try and convey the tone color that you want this cover to be. I Prevail turned Taylor Swift’s song Blank Space on its head with just instrumentation alone. With a little more distortion and a lot more guitar, it went from a cheeky pop song to sinister.

Here’s another example: I arranged No Surprises (by Radiohead) for five flutes. I wanted an ethereal cover filled with melancholia. But when I covered Billie Eilish’s Party Favor, on the other hand, I opted for something a bit lighter: I added ukuleles, piano, shakers, and finger snaps. Plan your instrumentation according to the big picture: How do you want your listener to feel?

As a personal rule of thumb, I always say this: Change one instrument, at least, preferably two. Why would anyone want to listen to a carbon copy of a song they’ve already heard? It sounds cliche, but make it your own. These instrumental changes can actually be quite small. Switching a synth to a saxophone, or a bongo to a drum machine can lead to a major change in feel. You can even add a violin or cello from your DAW in the middle of the bridge, to add that extra bit of heart-wrenching.

I think of instruments as I think of color palettes- Each artist makes their own. So I’m not going to tell you what colors to paint with, just to start mixing them!

Tips on Using the Pyramid of Sound

But you can still apply it to just about any genre. For example, D&B is all based on the pyramid of sound. Did you ever notice that the lows are the loudest, and the other accents and high parts are soft extras?

Side note: Before you add your voice to the mix, adjust your instrumental track according to the pyramid of sound. When voices are in the mix, the lead is allowed to sit a little bit louder on top. Just make sure to make vocal harmonies soft.

When you’re doing a complicated song with a plethora of layers (Think, The Dear Hunter level composition), it’s best to have some notes on the page. That being said, if you’re just doing an acoustic cover with guitar, there’s no need.

While it sounds counter-intuitive, my best transcribing tip I have for you is this: Don’t transcribe something that someone else has already transcribed for you (That is, unless you’re in a degree program where this a required skill, but I digress…) I hate to break it to you, but you’re not going to get any musician brownie points by redoing the sheet music for Justin Beiber’s Peaches for the hundredth time.

Go ahead and pop the song you are looking for into MuseScore before you knock yourself out at a piano, listening, and re-listening. Use the MIDI player to double-check that the notes are right. Prepare to do some serious editing.

Once you’ve found the song, you’re going to want to download it as a PDF. From here, you can start re-transcribing. Or, you can use an optical music recognition program to convert the PDF to MusicXML. I use this one.

From this point on, you can pop the file into a notation program, like Notion or  Sibelius. I’ll admit, that method is a lot of program-to-program, but it does save me days worth of work. Unfortunately, if you love underground bands as much as I do, sometimes, you’re going to just have to do the old-fashioned route of ears-to-staff.  Builds character, I guess.

Adding Interest with Ornamentation and More

We already talked about changing the base instrumentation. But once this is fleshed out, you should start considering how you are going to add the icing roses to your musical cake. Adding a harmony where there was none before is a great place to start. Try using thirds or sixths, as they are the most musically ‘safe’ intervals.

Or add a voice speaking at the beginning of your recording, and pop a lofi filter on it. I’m going to say this again: Make it your own, make it your own. Pull an Olivia Rodrigo and add everyday sounds, like a car starting, or a telephone ring.

Oftentimes, the difference between someone who plays music and an artist is not in the big picture, but in the smaller musical brush strokes like ornamentation, small sounds,  and accents.

Oftentimes when we record, we work ourselves up. At least, I know I do. We think, “Oh no, I’ve got to turn on this loud click track, put on these big headphones, and make everything perfect.” But what if I told you that you could practice inside your recording studio?

This is an idea that I nabbed from guitarist Samuel Rugg, and totally change my relationship to recording.

Try recording the rough outline of your cover. It’s okay to make it messy. Just log a few hours with the dreaded click track. Eventually, you’ll start to feel like you’re practicing instead of recording. The less afraid you are to make mistakes in front of the microphone, the more likely you are to capture something emotionally genuine.

I personally like to record at least three final takes. That way, if I notice something is off when I’m in the process of mixing, I can either cut and splice a new section in or try editing an alternate section.

Another tip I have for you is one that I sometimes have a hard time following personally: Don’t record all of your final takes in one session if you have the choice. So many times, musicians get impatient, wanting to hear the polished product, yesterday. This only ever leads to a compromise in quality.

Speaking of sections, record the different sections of your song on different tracks. This will make it much easier to mix later.

This is the moment to take the pyramid of sound and put it into action. But there are few other things we need to remember to do too.

Many beginners forget to add compression into the mix. In addition to this, all types of compression are not made equal. You can even use two different kinds of compression stacked on top of one another on a singular track. This is called serial compression, and it will make your mix sound more natural. Make sure to watch your gain reduction meter too, because sometimes, it can be really hard to identify how much you have actually compressed unless you can see it visually. I also suggest checking out Isotope’s RX8. Isotope is a spectrogram program that allows you to edit and repair tracks. I’m not an affiliate for any of them. They’re just the programs I find to be personally helpful.

EQing can also do wonders for things like airy vocals. But not everything actually needs to be EQ’d. Unless you hear something, you want to be changed? Leave it be!

Nope, I’m not talking about the stars here. After you’re done with levels, compression, and EQ, it’s time to play with the audio space. Another mistake I made when I first started recording was that I put everything front and center. That’s a recipe for a muddy-sounding mix.

One of the last steps to mixing is adding effects.

There’s a music pandemic going on out there: people are hooked on reverb. Other musicians put a filter on everything. This is yet another recipe for muddiness. If your voice is nearly unrecognizable and the consonants in your diction are disappearing, it’s time to back off.

That all being said, don’t be afraid to mix effects. Remember, you’re showing the audience your unique and personal color palette of sound.

To polish the final product, run the cover through the largest speakers you’ve got. You’ll probably go back and mix and mix again. Send it to a friend, or ten. The first cover song you do probably won’t be grammy-award winning. I sure know mine wasn’t. But the more you work to blend your own palette and learn the ropes of recording and post-editing, the better it will be.

Be sure to come back to Audio Issue for more in-depth tips on how to market your music, and improve your mixes! Thanks for featuring me! 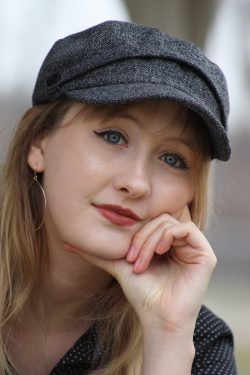 Aleah Fitzwater is a music blogger, arranger, and educator. You can find more of her writing and her music at https://aleahfitzwater.com/