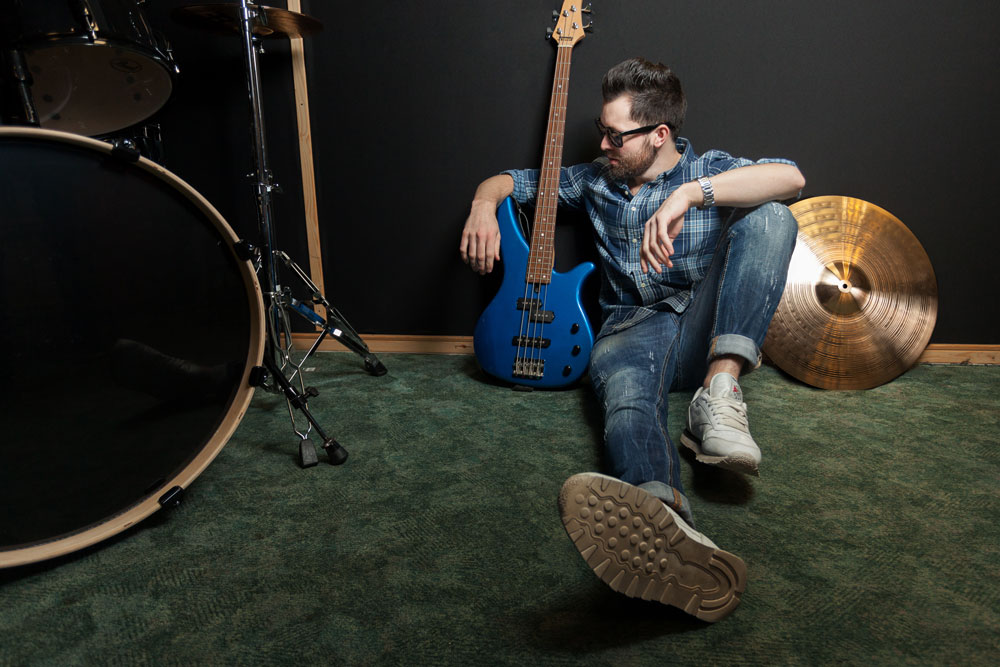 I saw A Star is Born last week. It made me cry because I’m not nearly as tough as I make myself sound in these blog posts.

However, there’s a really great scene in the movie you can learn from when it comes to recording insecure musicians.

When Ally (Lady Gaga’s character), is recording her first album she’s very insecure in the studio. She doesn’t hit her cue to sing on multiple occasions and it’s a stressful situation because she’s a novice in a commercial studio with a big budget backing her. So naturally stressful stuff.

But then Jack (Bradley Cooper’s character) asks to talk to her and goes into the vocal booth. In a sobbing voice, she’s very distraught and doesn’t understand why she has such a hard time singing a song she wrote.

Jack realizes that every time she plays this song live she plays it on the piano, and it’s the combination of playing the music and singing the song at the same time that gives her confidence.

So, Jack being the big budget rockstar that he is, flies in a piano and she nails the performance.

Now, you might not have the means to fly in a grand piano, or even have the budget for a commercial studio, but you should have the awareness of making sure the musician feels comfortable while performing.

If they’re screwing up for seemingly small reasons, ask yourself why. It might be as simple as needing to play an instrument at the same time. It might even be as simple as turning the lights off to create a vibe.

Producing music is so much more than just setting up a studio to record and finding the right plug-ins to make a good mix.

In fact, a lot of the work starts way before you ever plug in a mic. Assuming that you’ve written good songs, it’s the pre-production phase that can take those songs from good to great.

This week, I’m teaming up with Lij Shaw of Recording Studio Rockstars to talk about the importance of pre-production, so make sure you keep an eye on the blog for more details on how you can make the most of your songs before you ever start the recording process.