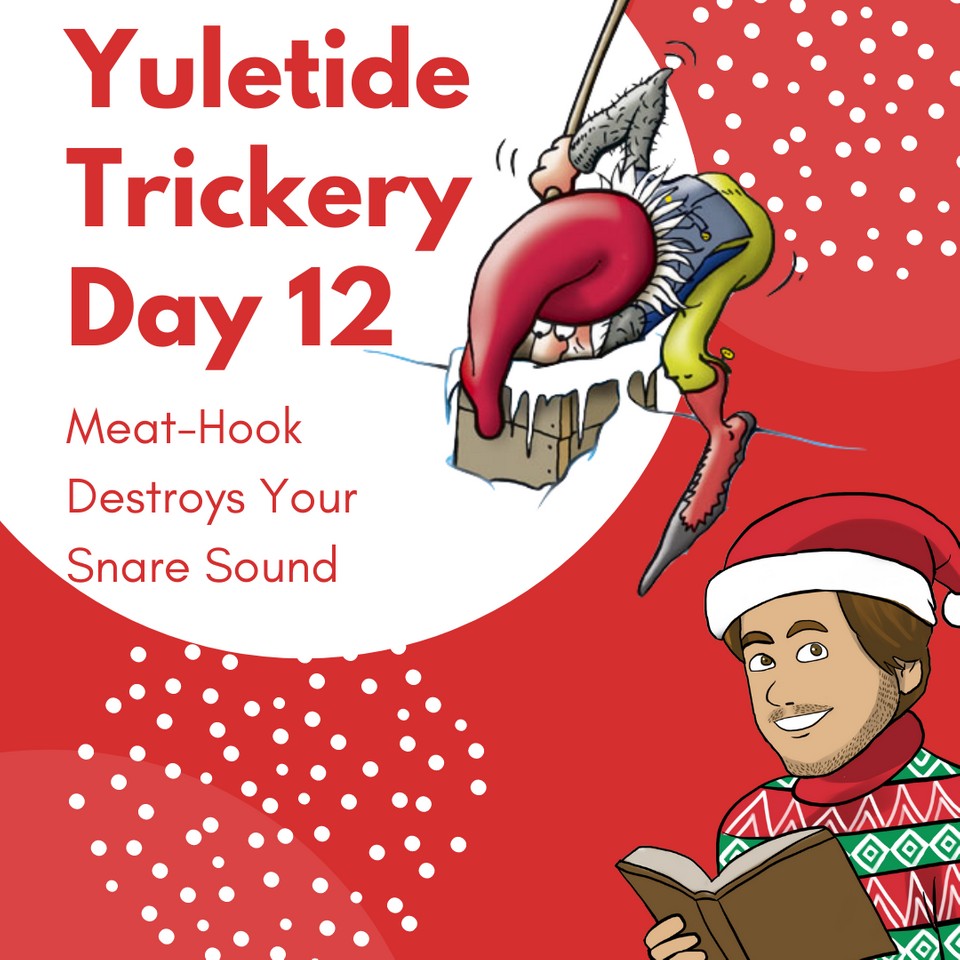 You jump up from your chair and exclaim, “That’s it!”

After hours of tweaking your snare drum you’ve finally gotten that meaty and powerful punch you were hearing in your head.

Although you’re elated from your mixing session, it’s late and you’re exhausted from mixing Christmas jingles all day so you decide to call it a night.

As you fall asleep you don’t notice the faint scraping sound in the distance.

Luckily you’re not awake for this part because it would only give you nightmares. The sound comes closer, grating against the ground until it stops in front your studio.

A figure steps out of the shadows and his hook for a hand glints in the moonlight. He picks the door of your studio and pushes it ajar, the door creaking open to let the shadowy figure in.

It’s Meat-Hook, the scariest of the Yulelads. He’s been looking for meat to steal with his hook all night without avail and it’s making him delirious.

He scans the studio for something to eat and the bright lights from your studio computer stop him in his tracks. He sees colorful waveforms that look oddly like sausages, but he focuses his attention on the weird waveforms of the second channel of your software.

The snare drum waveforms remind him of legs of lamb, thick meat around the bone on the left but tapering down to the end of the bone on the right. He tries to use his hook to grab the waveform but all he manages is to accidentally undo all the mixing you had done to the snare drum only hours before.

With a bewildering look on his face, Meat-Hook grunts in annoyance and vanishes out into the shadows.

As you sit down to finish your mixes the next day, you realize that your snare sound you spent hours mixing is gone. You have to start at square one again!

But don’t worry, dear reader. I have some tips up my sleeve to negate the damage from this Yuletide Trickster:

Those are just a few tips to Yuletide you over today, but if you want more drum mixing tips to create a powerful and punchy drum sounds, whether you’re using home recordings or samples, check out the Drum Mix Toolkit right here.