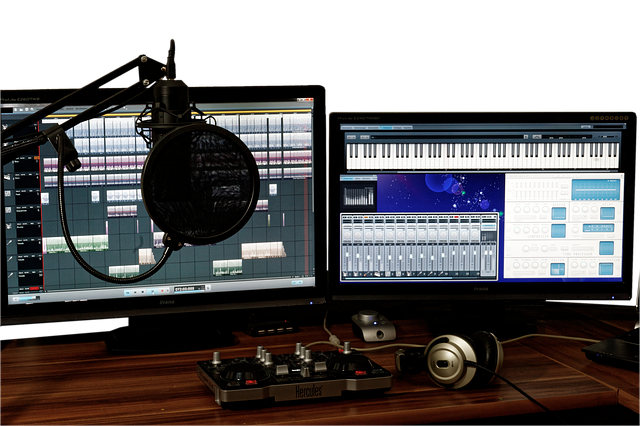 It’s quite feasible that a number of people reading this article won’t know what I’m banging on about when I mention standalone multitrack hardware recorders – certainly the cassette tape-based variety.

Because you do have to be of a ‘certain’ age to truly appreciate what revolutionary devices they were, in today’s modern world, they have been largely superseded by DAWs (Digital Audio Workstations) but not entirely. They still have their merits, and this article will look at the pros and cons of both technologies.

Multitrack recorders have actually been around since the mid-1950s when Ampex developed its ‘Sel-Sync’ (Selective Synchronous) recording system. Rumor has it that legendary guitar maker Les Paul bought the first system for a wallet-busting $10,000!

For a couple of decades, recording multitracked music was exclusively the domain of professional recording studios. The Beatles’ Sergeant Pepper album was recorded on four track, as was much of the music of the 1960s, proving beyond doubt that sometimes less is more.

Having only four tracks to play with meant you have to be inventive. Eight mics on a drum kit – no sir, but you could say have stereo mics on tracks one and two and then ‘bounce’ to track three, freeing up the first two tracks in the process.

And then things changed…

It was 1979 when Tascam unveiled its 144 cassette-based four track recorder. Multitrack recording for the masses was born, and things would never be the same again. A brand-new industry was born. 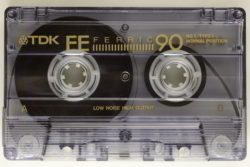 And recording your musical masterpieces on standalone, affordable multitrack recorders is still alive and well today. Look for products from Tascam, Roland (Boss), Zoom, and Korg, although nowadays, of course, they’re digital rather than cassette, and they’re packed with goodies like digital effects and hard drives.

In terms of popularity – to the home recordist at least – they’ve been largely overtaken by DAWs and computer recording, but that’s not to say that they’re obsolete. Far from it, in fact.

Modern-day multitrackers – what do they do?

Modern multitrack recorders may have advanced significantly since the halcyon cassette-based four-track days, but the reasons why people buy them haven’t really changed at all. Having everything to hand in a compact unit remains a major attraction for some.

The product you choose will be largely based on what you intend to do with it. You may need a recorder that’s highly portable for field recording; you may just need eight tracks for recording demos at home, or you might want to go for something more high-tech to use as your primary recording tool. So, let’s look at a couple of examples.

In the ‘complete recording studio in a box’ camp, the Zoom R24 is a shining example of how to squeeze a mountain of technological wizardry into a compact footprint of just 14.8” x 9.33” x 2.06”.

The thing is, modern multitrackers are not simply recorders: the R24 is also a pad sampler, rhythm machine, a DAW control surface with faders, an amp modeler, and a multi-effects unit to boot. 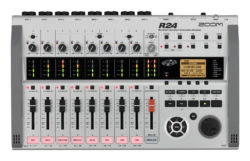 It even has its own built-in stereo condenser microphones, is battery or mains powered, has SD card storage, and you can record on eight tracks simultaneously. But you’ll need to part with around $500 of your hard-earned beer vouchers to acquire one.

If you want less tracks, the Tascam DP-03SD eight-track recorder is really compact coming in at under $300. Or if portability floats your boat, the Zoom H4n Pro is a four-track recorder offering up to 24-bit, 96kHz recording quality. You get the idea – there’s something for everyone here.

And Digital Audio Workstations (DAWs) – what do they do?

Well actually, both DAWs and hardware multitrack recorders fundamentally do the same thing – facilitate the recording and processing of a musical or sonic performance – whether that’s recording a full-blown band, a Bavarian nose flute ensemble or a solo artist; or anything else in between.

But when we talk about DAWs, we’re usually talking about a software program that’s installed onto a host like a computer, laptop, tablet, or even a mobile phone. But with shedloads of DAW programs out there, how do you choose which one to go for?

It’s a personal thing. How you ‘gel’ with a particular DAW will be influenced by a number of factors like price, user-friendliness, the platform (and performance specs) you want to use it on, and other things like the ‘extras’ you get with the program; plugins for example.

What I can say though is do your research thoroughly, and you won’t go far wrong. Nearly all DAWs today are fully-featured, reasonably priced, and powerful. Nearly all have trial versions you can try, and many come bundled with hardware items like audio interfaces.

All DAWs will allow you to record, mix, and master your masterpieces to a very high standard. You can use them for full productions, demos, or just musical notepads for ideas.

Remember, though, the key difference between DAWs and standalone recorders is that you need a device to run the programs, so essentially, you need hardware and software. No device – no dice!

Someone’s knocking at the DAW

There’s no denying it, the advent of DAWs was as revolutionary as the invention of the portastudio by Tascam in the late 1970s. One software program installed on your computer effectively replaces equipment that only 20 years ago would have cost you an absolute fortune. What’s not to like?

A DAW takes all the essential components of a recording studio control room: mixing desk, multitrack recorder, effects units, and outboard and condenses them into a computer program. The result – you record, mix, edit, and master tracks ‘in the box.’

They’ve become insanely popular in recent years because musicians can make studio-quality recordings for not much money from the comfort of their own homes.

The great thing is, whether you’re a Mac or PC user, there’s plenty of choice in the DAW marketplace: Logic Pro X; Ableton Live; ProTools; Cubase, Presonus Studio One; Sonar; Reaper; Mixcraft; the list is long.

I used Sonar for many years, but now my DAW of choice is Mixcraft from Acoustica. It’s cheap as chips, comes with a ton of plugins, and it’s really intuitive. Every DAW has its fans, and any on the list above will do a decent job for you.

And sometimes folks there IS such a thing as a free lunch. Audio interfaces and keyboard controllers often come bundled with free DAW software, and there’s even a free version of ProTools called ProTools First.

DAWs vs. hardware multitrack recorders. The pros and cons of each?

I’d say that in almost all aspects, a DAW-based set-up is the way to go, but there are exceptions, and I hope this article will give you something to think about. Not having a computer or device doesn’t mean you can’t record music.

With DAWs – if you go down that road – it’s important that once you choose the software, stick with it and don’t jump around. Spend time learning the software thoroughly, and you’ll be rewarded.

Dave has been recording music in his home studio since the early 1980s. He plays guitar and bass competently and keyboards distinctly averagely.

He’s the Founder of https://makingmusicpro.com – a website that aims to help musicians make educated choices about buying musical gear.