Can You Really Mix With Headphones? 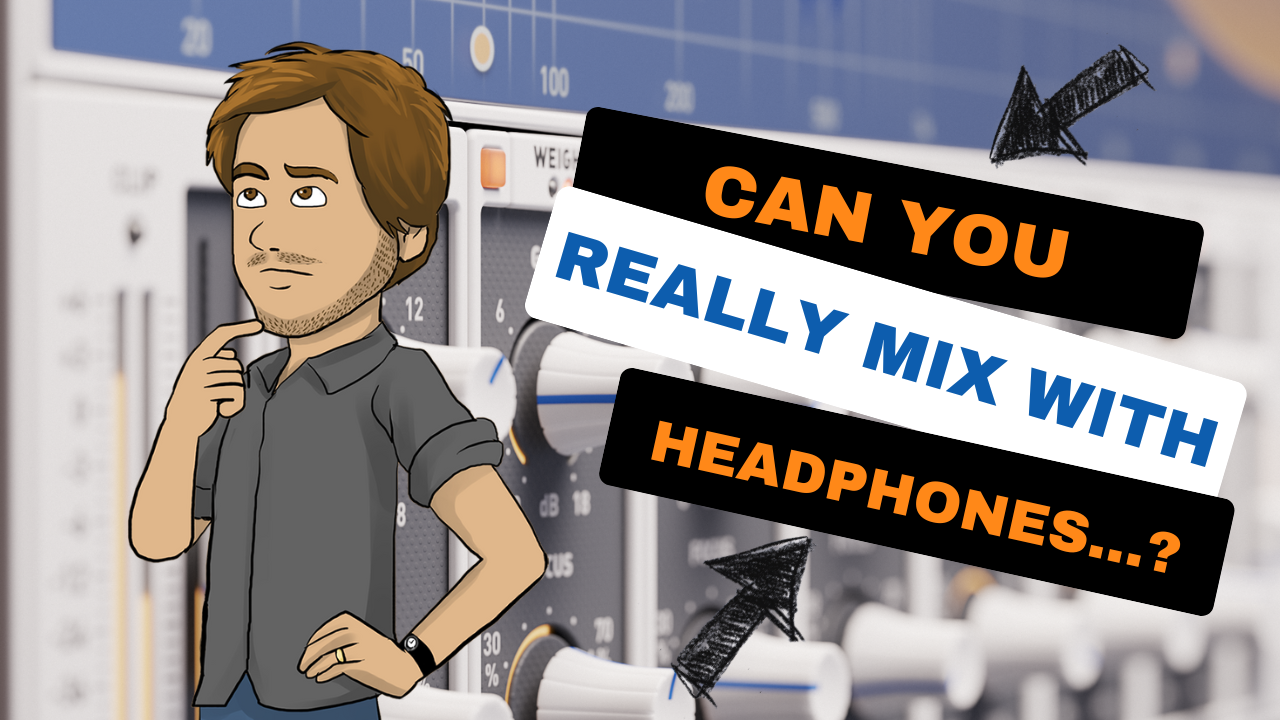 You get the weirdest comments when you run ads on Facebook.

Everybody wants to argue about everything, even when you run an ad with an image of a cartoon character. 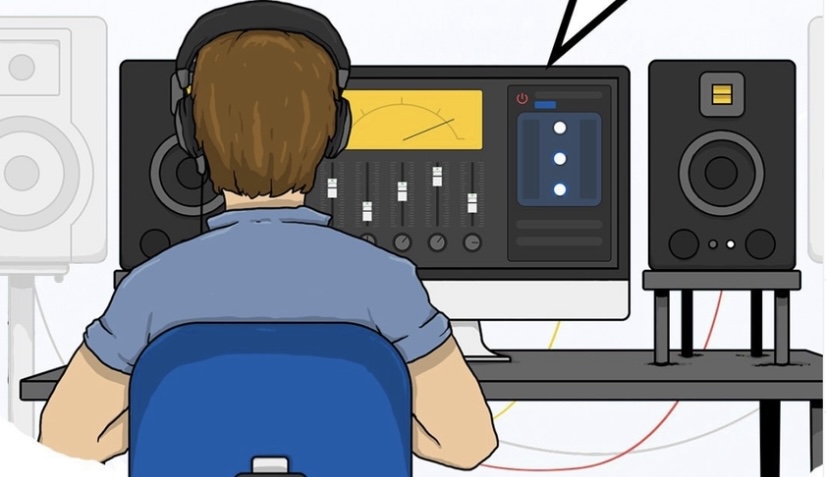 I’ve used that image for years because it’s a nice representation of the home studio musician and producer I like to help.

But of course, what I see and what these wise guys saw made me chuckle: 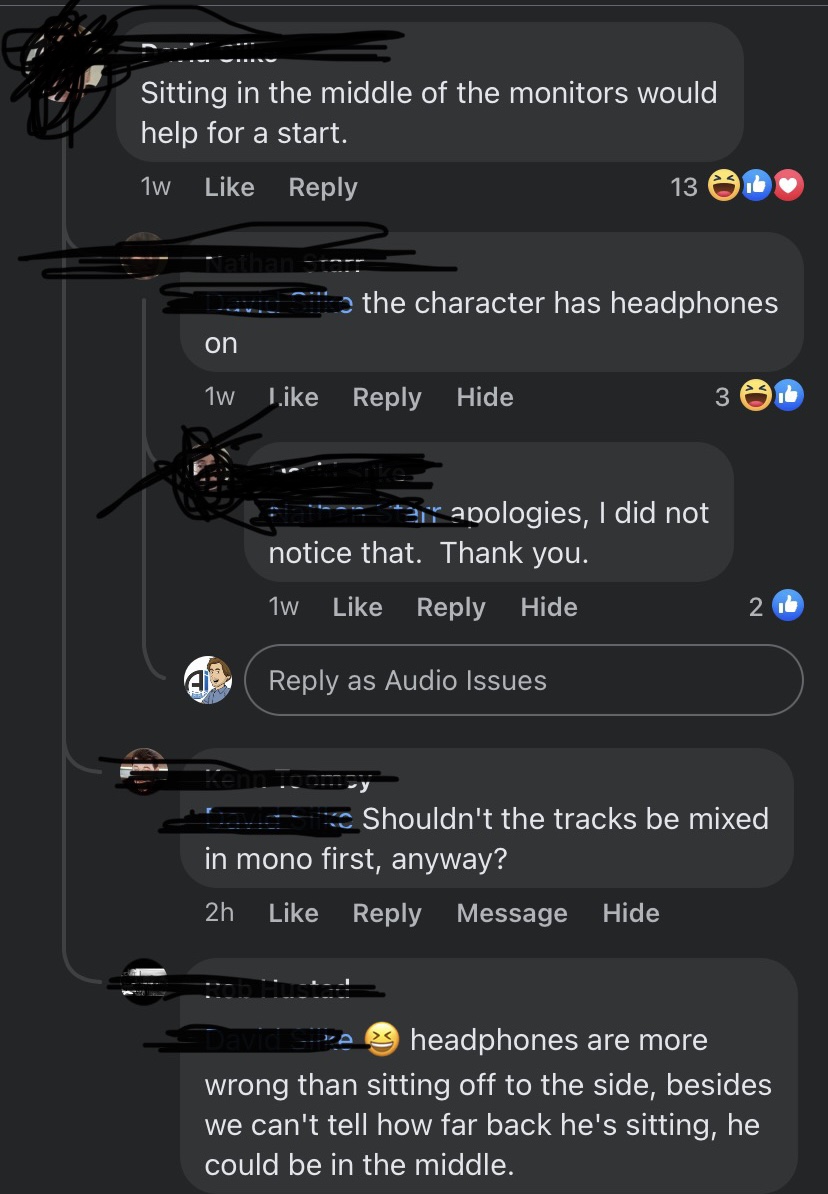 You would think that you shouldn’t maybe read too much into the scientific correctness of the image because it’s literally an image of a guy in a cartoon universe that just happens to be sitting slightly askew from the “Correct Position.”

But nooooooo, there’s always somebody who will find the smallest thing to criticize just so that they can see their comment in print on Facebook.

I assume these are the same type of people who love hearing the sound of their own voice and will tell you that the only way to get a good recording is to use the exact mic they have that also happens to cost $5,000.

Otherwise, you shouldn’t even bother making any music at all right?

I could’ve responded that yes, you should try to follow the equilateral triangle rule when listening to your mixes.

But like Wiseguy #2 correctly pointed out, he seems to be mixing with headphones.

And I could’ve told Wiseguy #4 that there’s nothing wrong with mixing with headphones.

But I didn’t want to interfere in their stimulating dialog because I’d rather make fun of them for your amusement.

Many professional mixing engineers use headphones while they’re mixing. They might not mix exclusively with headphones, but there’s nothing wrong with using headphones.

In fact, I spend a whole section inside Step By Step Mixing teaching you how you can get great mixes if you only have headphones.

It’s only natural that I help you get the best results you can within the limitations you have, so if you’re shaking your head at the wise guys in the comments section and actually want some practical advice you can use right away instead, check it out through the link below: