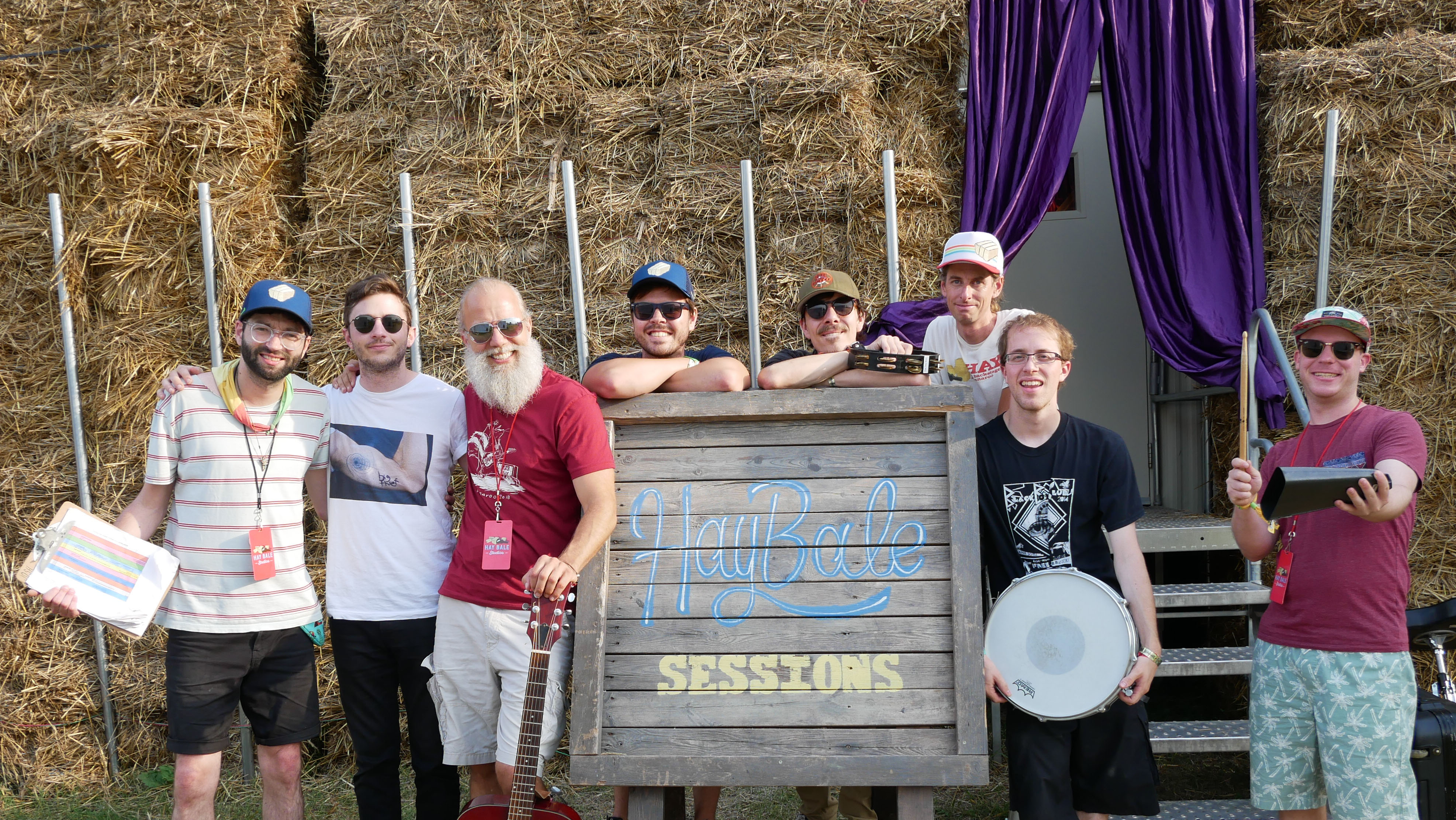 We’re getting ready to pack up his studio to take down to the Bonnaroo music festival to record some bands again.

We had some cool artists come through the Haybale Studio last years when we recorded 25 bands in four days, like Moon Taxi, Alt-J, Rayland Baxter, Old Crow Medicine Show, and Sheryl Crow.

Here we are outside the studio after a successful Bonnaroo weekend last year!

Listen to a sample of our recordings below and learn more about the iconic Haybale Studio right here.

Three Songs in an Hour

Last year we recorded 75 songs throughout the weekend and this year we’re getting ready to do it all over again.

Every band only has an hour in the studio and to say we use that hour efficiently is an understatement. We manage to record, mix, and master, not one, not two, but three songs during the hour. If that isn’t an application of Parkinson’s Law, I don’t know what it.

If you’re not familiar with it, Parkinson’s Law dictates that the amount of work needed to finish a project will expand to the total available time until completion. So if you have an hour to record, mix and master three songs because the next band comes in at the top of the hour, that’s the time it takes to get it done!

But the funny part is that you won’t necessarily do a poorer job.

If you had a week and went back and forth in your mix, tweaking every little thing until you’ve sucked the life out of it, maybe you’ll end up with a worse mix. By limiting your time, you work faster and more efficiently. You won’t spend hours on tiny, unnecessary tweaks.

You look at the big picture and make the most important decisions right away.

Which brings us to the Pareto Principle, more commonly known as:

I would bet that you can mix 80% of your songs in 20% of the total time, using 20% of the gear you normally believe you need.

That’s the 80/20 principle right there. Put in 20% of the effort, and you’ll get about 80% of the results. So in effect, by having less time to work, you’ll concentrate on the most important things that will get you results, using the tools you have at your disposal!

I asked Lij what processing he uses to crank out professional mixes when he needs to get those mixes done, fast!

The answer didn’t surprise me:

It shows you just how vital those processors are when you need to make radio-ready mixes, whether you’re recording in high-stress situations or taking your sweet time in the studio.

I spend a LOT of time talking about ​​​​​​​simple steps to a faster session inside Step By Step Mixing. Whether it’s having a fool-proof mixing system that makes your life easier or setting up a quick mixing routine that gives you great mixes without feeling overwhelmed, it’s all in there.

I guarantee that reading them will cut the time it takes you to get a better mix by at least half, if not the whole 80%.

If you’ve already read the book, please help me spread the word by writing a review on Amazon or hit reply and let me know how it helped!

If you haven’t read it already, I’m not sure what you’re waiting for?

Get your proven techniques right here: