How to Tackle a Mix That Has a Huge Arrangement 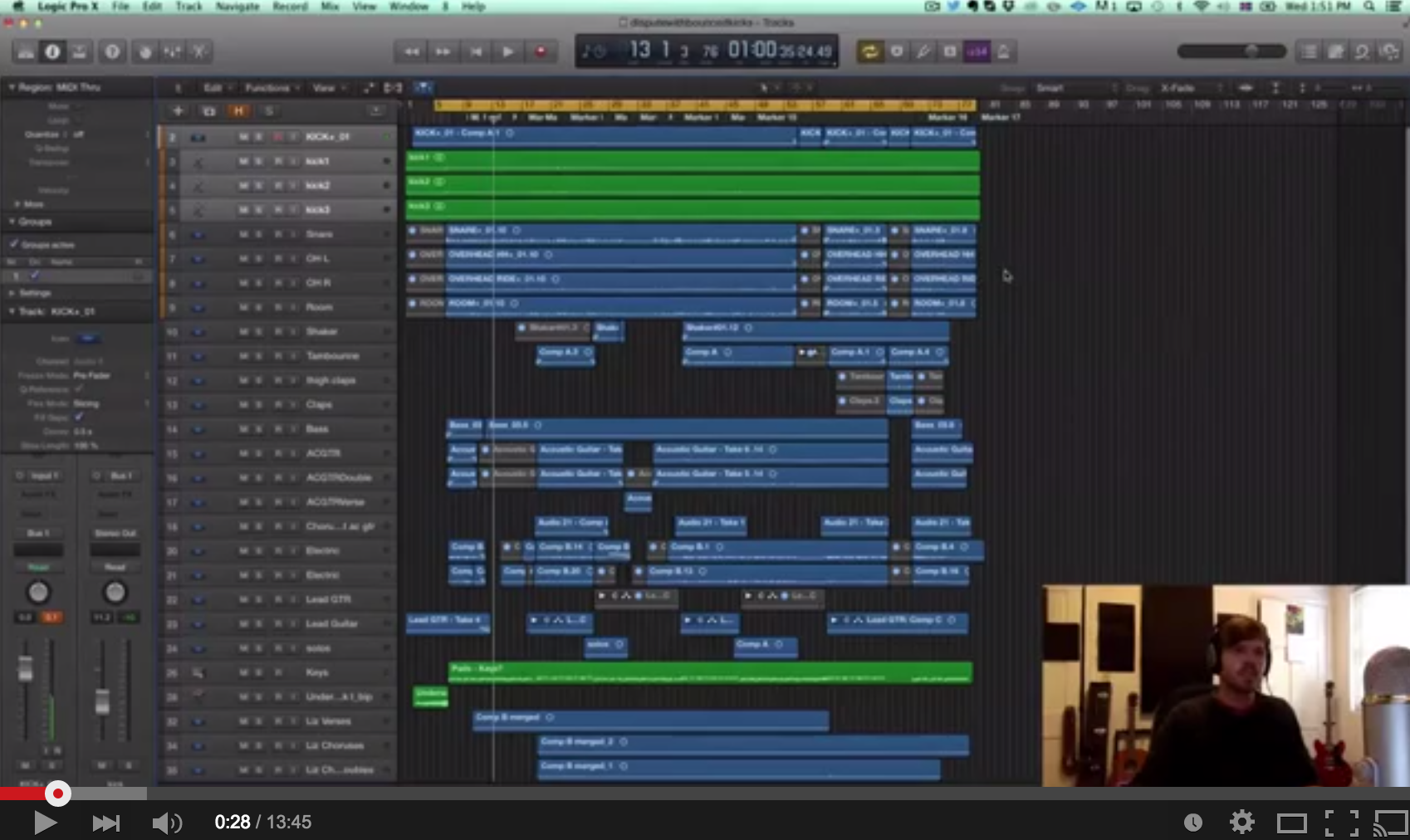 If you’re reading this, you’re one of two things:

Out of everything we do as audio engineers, mixing is my favorite.

It’s where we get to take all these recorded tracks and make them sound awesome.

But….sometimes you might go overboard during the recording process.

When you look at your DAW and there are 50+ tracks in the arrangement, the feeling of overwhelm sinks in.

Sometimes that’s the truth of the situation. Sometimes a production needs all of those tracks, and it’s understandable to get a little freaked out because you don’t know where to start.

But what I’m about to tell you will make it easier for you to get rid of that mental block and start mixing.

Break It Down Into Its Elements

Imagine you have a song with about 60 recorded tracks.

For someone not experienced with mixing it might make you hyperventilate a bit, but once you look closely at the tracks you realize that there are only four groups of instruments:

Even with close to 60 tracks, that’s really what you’re balancing together in your mix.

So breathe, don’t worry about the enormity of the session. Once you’ve broken the mix down into a handful of different elements your perspective on the session will change.

Once you’ve drilled the session down into their respective elements, you can simplify it even further.

The drum tracks might be overwhelming, even on their own.

But luckily you can simplify further by combining things into busses.

That simplifies your 12 drum tracks into 4 tracks you can play with.

You’ve cut your hyperventilating down 66%!

Of course, make sure you balance each track into the bus before so that you have control over the sound that you want, but if you do it in stages and one track at a time you’ll end up with a session that’s much easier to handle.

What About All the Fancy Overdubs?

So now you have those foundational elements locked down.

But then you’ll also have solos or lead fills here and there that only play for a limited time during the song as “sweetening.”

Sometimes these tracks can make up a good chunk of your session so it might seem like there are a lot of tracks but there’s actually not that much going on most of the time.

It’s a good idea to calm your brain down by completely ignoring these instruments until it’s time to mix them in with everything else.

Usually, you can group and process those tracks together fairly quickly so worrying about them is pointless when you should be focusing on the mix as a whole.

You want your mix to sound like a great song, not a combination of cool-sounding tracks.

Nobody gets emotionally attached to a bunch of tracks. They feel the song.

Work on your mix in broad strokes first to bring out the essence of the song. Then focus on the little stuff.

Mixing in the Arrangement Window

When you want to bring in the little stuff that comes in and out of the song, it’s easier to mix with your eyes.

I know it’s not great to mix with your eyes.

But sometimes you have to mix quickly and when you’re mixing in the mixer view, it’s hard to see when those tracks pop in and out of the song. You’re constantly scrolling from left to right, trying to identify which track is what.

At that point, it’s easier to mix in the arrangement window.

Seeing the waveforms on the tracks as you scroll up and down the arrangement window is incredibly useful.

You can tell what tracks will be playing next so you can be ahead of the mix, knowing exactly which fader you need to work on before the track starts playing.

Using the inspector window in Logic it’s easy to simply click on the track and raise or lower the volume of the fader to where you think it sounds good. It’s similar in every other DAW.

Of course, some instruments might get lost during the first pass but it’s a quick and easy way to get a good static mix going.

Once you’ve done that you can start simplifying the mix even further with groups and busses as I mentioned above.

So try that approach the next time you’re firing up your next mixing session.

And cranking out more mixes means getting better at your craft.

If you’re still taking eight hours to get a halfway decent mix going, you’re going to love tomorrow’s email because I’ll share with you my method of cranking out quality mixes in only two hours.

Imagine if you could get a great mix going in only a quarter of the time? That means that you could improve your mixing skills four times as fast as before, increasing your skills and getting better every time.

So keep an eye on your inbox tomorrow where I lay out my quick mixing process for you.

Thank you to everyone who submitted their questions for this Thursday’s Happy Hour. I received questions about mix translation, compression, live sound, and mastering and I’ll be going through as many as I can at 4:30 MST on Thursday on Facebook and Instagram Live.