How To Use Mix Bus Compression for Tighter Mixes [Free Video] 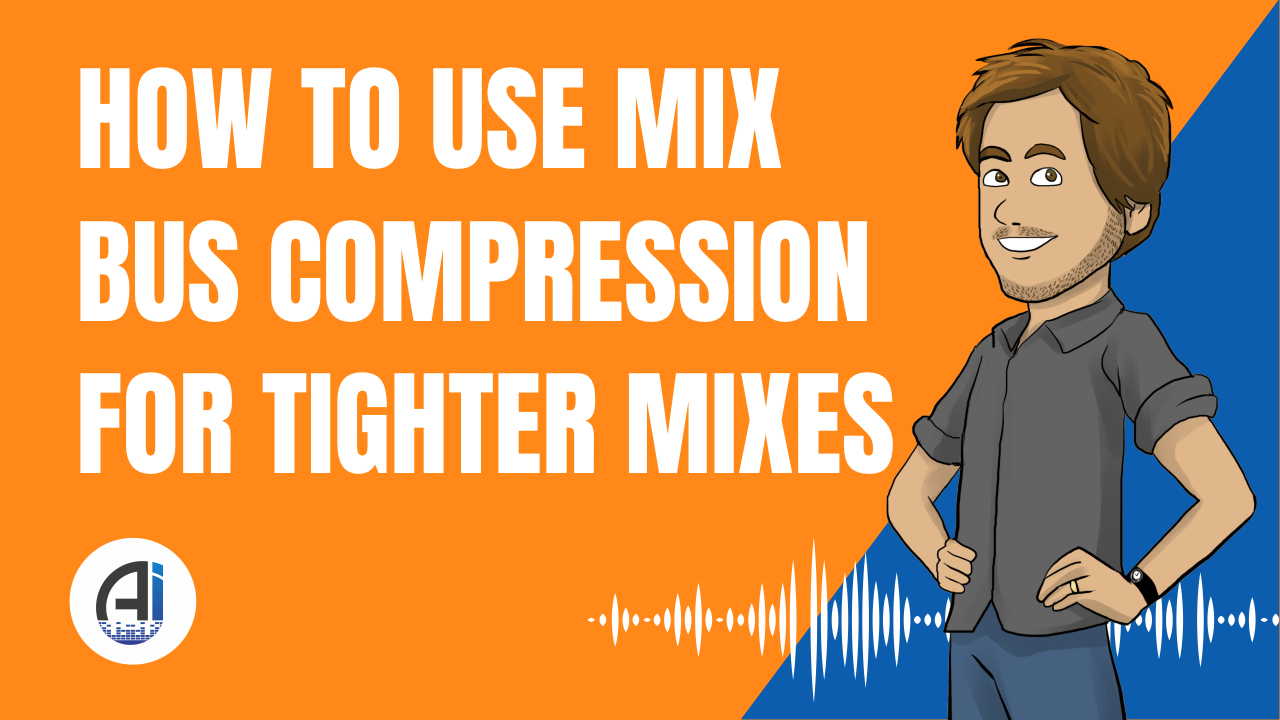 If you are scared about using mix bus compression because you think it’ll squash your mixes and make them tiny and small, this week’s post is for you.

Before we get into the video, I wanted to tell you about a panel I am attending this Sunday about music licensing. Five top music supervisors (the people who get your music into TV & film) will be talking about their behind-the-scenes secrets on how they pick indie music for their shows, how much you can get paid, and much more. I’m really interested in music licensing as an income generator for my students so I thought I’d let you know about it in case you wanted to attend as well.

Now, onto the video!

Mix Bus Compression – What’s that All About?

Mix bus compression is a great technique for gluing your tracks together and getting your mix to sound more like a record than just a combination of some recorded tracks.

However, compression gets a lot of flak for sucking the life out of your mix so many people avoid using it out of fear of squashing their song.

What if I told you that it’s very easy to avoid over-compressing your mixes while still tightening them up and making them sound punchy.

That’s what mix bus compression accomplishes and it’s what we’re going to talk about in this video.

What Is Mix Bus Compression?

Mix bus compression is simply a compression technique where you put a compressor at the end of your signal flow, usually, the mix bus or the stereo output channel of your mix, and this compressor will compress the entire song together.

Since all the tracks are routed to the output of that channel, putting a compressor in the way makes the compressor react to all of the tracks that are going down your final stereo mix/master channel and out to your speakers.

Why Use Mix Bus Compression?

You use mix bus compression (and sometimes limiting) to glue your tracks together.

To me, gluing your tracks together means reducing the dynamic range slightly so that the loudest peaks and softest valleys are closer together and you can hear everything a little more clearly.

You don’t want the levels of your mix to jump around too much so using mix bus compression will help steady the mix so that it sounds more “professional.”

How To Use Mix Bus Compression

Add a compressor to your mix bus where all your tracks are eventually routed. I tend to add the mix bus compressor once I’ve got a rough static mix with both volume and panning to squeeze the mix together before I add any further processing to my groups, busses, or individual tracks. You want to mix your song into the compressor so adding it early in your workflow will be beneficial. Personally, I always mix into a limiter at the end of my channel, but I use mix bus compression at the start of the mix bus to add glue. The limiter is only for catching stray peaks and letting me know when I’ve gone completely overboard and am mixing way too hot.

A VCA compressor is usually more transparent and very popular for this technique. The SSL Bus compressor is a VCA compressor their models are great if you don’t want the compressor to unnecessarily color the sound of your song. Of course, try out a few compressor models to hear how they react to your tracks and decide from there.

Use a 2:1 ratio and aim for a couple of dBs of gain reduction with a medium attack and medium release. A fast attack will kill the transients of your tracks and is mostly to blame for sucking the life out of your song. So if you’ve never been able to get mix bus compression to work, maybe it’s because you’ve never tweaked the attack to let the energy of your tracks through.

You don’t want the release too fast or too slow either because you want the compressor to breathe with the song. You want the song to move and your compressor should help, not hinder that movement. Often, the auto-release function is great because it will listen to everything that’s going on in the song better than you can at any one point. I’d err on the faster side if you don’t have an auto-release and want to avoid squashing. Time the release so that it feels musical and even.

Watch the video to hear how mix bus compression can help tighten up your mix.

If you want to know more about how to use compression to get better mixes, I have an entire module dedicated to it inside my Mixing With 5 Plug-ins course here.