If you queue up in an orderly line at the bar, you're doing it wrong… 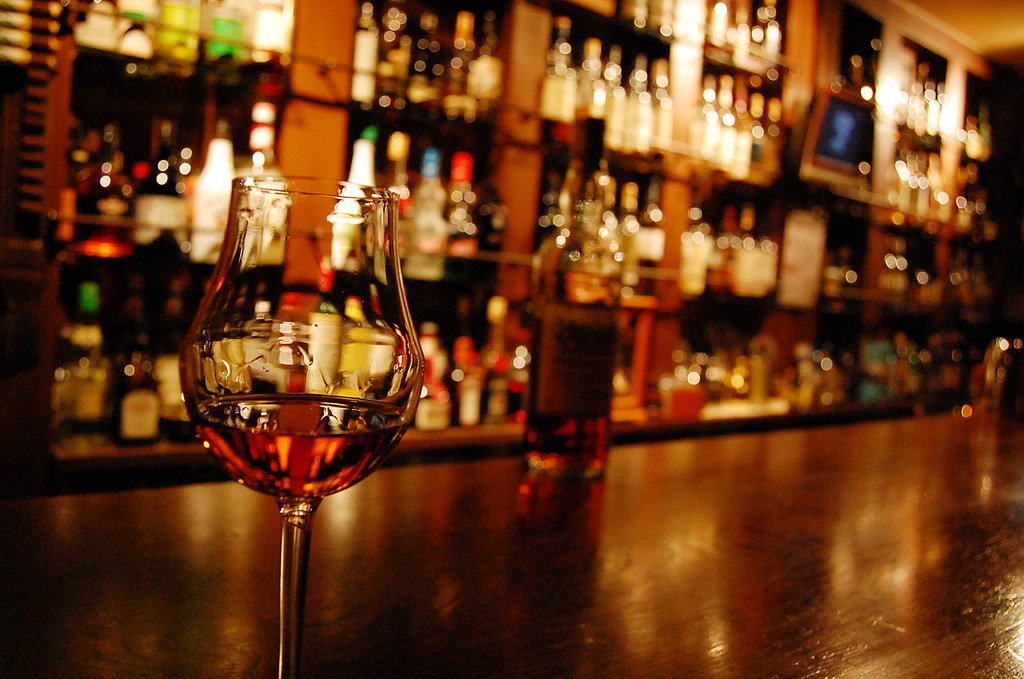 I got into an argument with this asshole at a bar recently.

Now, I’m a lot more civil than I used to be during my whiskey-drinking days, but I had an unusually long day, so the fuse was a little short.

I walked in and was going to stand at the bar and wait for the bartender when the guy behind me said,

This is a bar I go to all the time, and people don’t queue up in line like they’re at Chipotle. You just stand at the bar and wait to grab the bartender’s attention.

Besides, the idea of an orderly line at a bar is ridiculous to me. There might be a slim chance of organization at the very start of the night when people are sober, but thinking that people are going to queue up after a few drinks is stupid.

So that’s what I told him.

I also told him that I wasn’t cutting in line, I just wanted to sit on the empty seat because I’d had a long day.

He told me something like, “Oh yeah buddy, everybody else has had a long day too! You’re gonna wait awhile because she’s in line behind me too.” As he said this, he pointed to the lady standing in the bar area behind him, not standing in line either.

I smiled at her, and she very obviously rolled her eyes at the guy, as if she had already had an encounter with him before I got there.

I passed along her eye-roll directly to the guy, greeted both bartenders by name and while motioning to the people that thought it was a good idea to wait politely 5 feet away from the bar I said,

“These people are next.”

The asshole ordered two bottles of Budweiser, and because the bartenders at this particular bar are pros, they could take all three orders at the same time. Imagine that.

The guy paid his tab and took his lame bottled Bud, glaring at me as he left. That left the two of us, standing by the bar waiting for our drinks to arrive.

She shrugged at the guy like a woman that doesn’t even entertain the thought of needing a man to take care of her, let alone a loser like that, and said:

Ugh, that guy. I’ve been to this bar a million times. He might’ve thought he was trying to be chivalrous, but that was just annoying. I wanted to tell him “I know how to order a drink dude…”

We laughed it off, clinked our glasses and left, leaving the bar just as chaotic as it’s supposed to be.

And that brings me to frequencies.

Just like lines don’t exist at bars where you can all line up like Lemmings waiting to walk off a cliff, each instrument can’t be EQ’d the same way.

When I give people frequency guidelines, like telling them that muddiness is around 200 Hz, or that you can find presence around 5 kHz, the most critical word in that sentence is “around.”

It’s about finding the frequencies in the instrument, not just following an arbitrary number. The frequency number is a good starting point, but blindly boosting or cutting based on a number on a sheet is just asking for trouble.

If you need to find a spot where all the frequencies fit in your mix, I recommend you grab my EQ Strategies – Ultimate Guide to EQ here: