Should You Use Pre-Fader Sends? Andrew Scheps says no :( 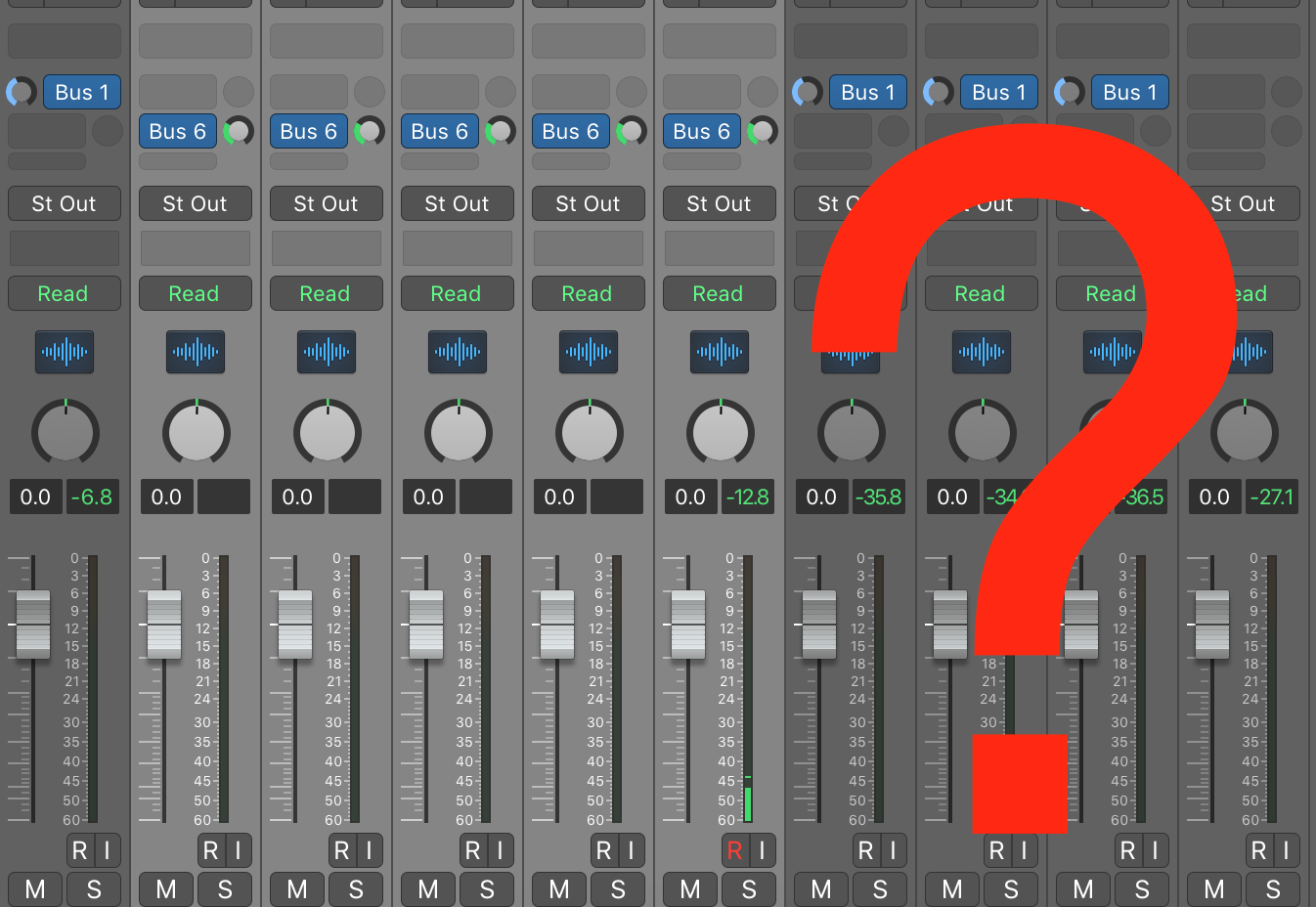 This weekend is NAMM and I’m taking in the craziness.

I’ve gone to NAMM for the past ten years and it’s become less of a place to see new stuff, and more just a place where many of my friends are conveniently located in one place so that we can have a good time.

A tagline for NAMM from my end would be:

“NAMM: It’s not about the gear; it’s about the friendships you make at the afterparties.”

Another reason I continue to go to NAMM is because of all the educational panels and talks. I soak in all the audio production education over at Mix With the Masters, and I love hearing about new music business ideas over at the NAMM Idea Center.

One of my favorite people in the audio industry that shares his knowledge so freely at NAMM has to be Andrew Scheps.

The way he explains things is second to none. His point of view about there being no real rules is refreshing in a world filled with gearsluts. And I also just like how we share the same affinity for Allbirds.

He doesn’t have to be humble. He could be a raging take-no-prisoners, tough-love, mixing-is-a-hockey-game Maserati.

Maybe it’s just because I love his Omnichannel plug-in so much (I use it on every mix), but if I were to ever go to Mix With the Masters, it would be to learn from him.

However, he said something yesterday that made me sad.

He was talking about sends he said that there’s no reason whatsoever to use a pre-fader send. And I cried a little more inside after he explained because he was right. It’s way easier to create a double of a track and automate the track itself than use a pre-fader send to do the same.

But I gotta be honest.

The biggest reason it pissed me off instead of having me nod in agreement is that now I feel like I need to update the chapter in Step By Step Mixing where I talk about a fun way to use pre-fader sends.

“The Difference Between Pre and Post-Fader When Using Reverbs

Many DAWs default to a post-fader or post-pan send setting when using effects. For instance, Logic Pro X defaults to post-fader sends and I believe most other DAWs do as well. What that means is that when you manipulate the fader of the source track, the level that goes to the reverb gets affected in the same way. If you lower the volume of the track, the reverb lowers as well, and vice versa.

However, using a pre-fader send can make for some interesting experiments in sound design and can help you make things really spacious and huge.

Let’s take a drum group as an example.

Once you’ve mixed the drums as you want them with EQ, compression, and maybe some saturation, you’ll want to add some depth to them with a reverb. So you create a drum reverb that’s just long enough to give the drums some space, without cluttering up the mix with too much reverb.

So far so good.

Then you send the drum track to the reverb track to add space. Not too much to get washed out. Not so little that you can’t hear any difference. A Goldilocks amount. It’s just right. And because the send is post-fader, whenever you change the fader level of the drum group, the reverb level stays consistent throughout.

One way would be to mute the drum group without muting the reverb, but that’s tricky in some DAWs. And if you lower the fader volume of the drum track, the reverb volume goes with it because it’s a post-fader send.

Pre-Fader Send to the Rescue

That’s when a pre-fader send comes in. By switching your sends to pre-fader, you can control the amount that goes to the send independent of the level of the original track.

With a pre-fader send, you can lower the volume of the drum group all the way down, and it wouldn’t affect the send level going to the reverb. That way, you can make the reverb dominate the track as an effect if you want to make something sound distant and washed out.

I use this trick all the time when I can’t get the right dry/wet ratio when I’m doing weird effects. It’s great for pushing big lead lines to the back of the mix and creating textures in general.

Keep in mind that you should use this trick sparingly. It’s an effect, not a way to glue your tracks together. But it can come in handy when you need to push things way back in the mix. In our drum group example above, you could lower the fader volume all the way down in the breakdown, and all you’d hear is the heavily reverbed drums in the distance.”

Should you stop using pre-fader sends?

Maybe. If it’s easier to achieve the desired effect through multing then sure. But if it’s a hassle because you have a bunch of drum tracks to mult and you don’t have to print a bunch of stems for a client, then it’s probably fine to keep doing it if you’re getting the desired results.

And deep down inside I hope that maybe Scheps would agree. If only because he knows as well as I do that…

There really aren’t any rules…

If you want to read the rest of the still-valid pages of Step By Step Mixing, head on over here to get yourself a copy.

And if you’ve already got yourself your own, would you leave a review on Amazon right now? It’ll only take a minute.