How and When to Use Serial De-Essing

There was a question about de-essing going inside one of the Facebook communities I’m a member of a few days ago.

A good friend of mine, Sigurdór Guðmundsson, master audio engineer and awesome musician, had some great thoughts on de-essing that I thought I’d share with you.

“As far as de-essers go, where would you put them in your process chain? Beginning? After wideband compression? EQ?”

I usually put a de-esser on a vocal once I hear that it’s needed. However, it’s usually after EQ and compression.

I had never thought to use multiple de-essers at a time, but Sigurdór had some great thoughts on the subject. 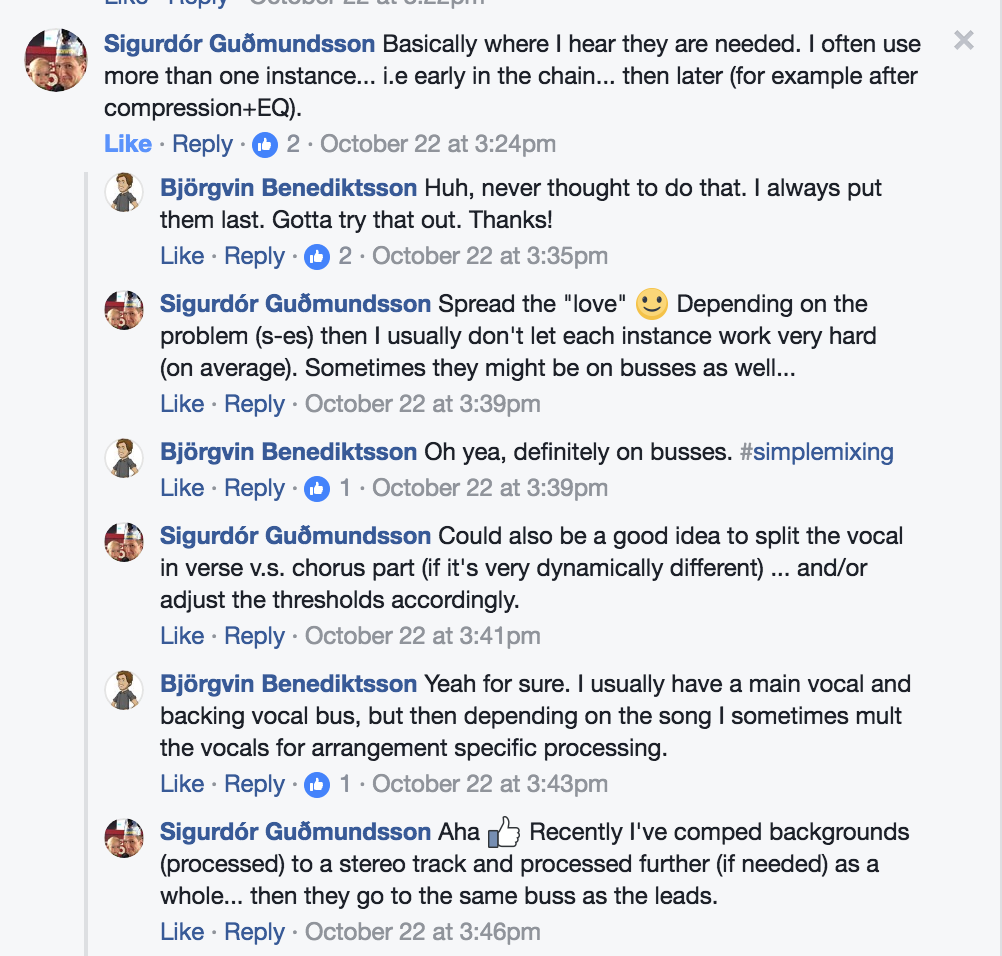 If you want to know exactly what a de-esser really does, and how you can actually create one with an EQ and a compressor, I wrote this article 7 years ago: How to Create a De-Esser from Scratch.

Since a de-esser is basically a frequency dependent compressor it makes total sense to think of them the same way. I use serial compression a lot, with multiple types of compressors compressing a couple dBs at a time.

In fact, I do just that in the compression module in the Mixing With 5 Plug-ins course, using both an 1176 style FET compressor for the peaks and then a slower LA2A opto style for general leveling.

If you’d like to get better mixes using only 5 plug-ins, check out the course here.

Tomorrow is the one-year anniversary of The Long Wait’s debut album, a band I am very proud to have been a member of. Although the band is no longer, I’m still proud of the production and mixing work I did on it. The reason I mention it is that Sigurdór Guðmundsson, the De-Esser Wizard above, played bass on track #9, “Dispute.”

It’s a small world when you’re an Icelander…