Use Your Ears, not Your Eyes When EQ’ing 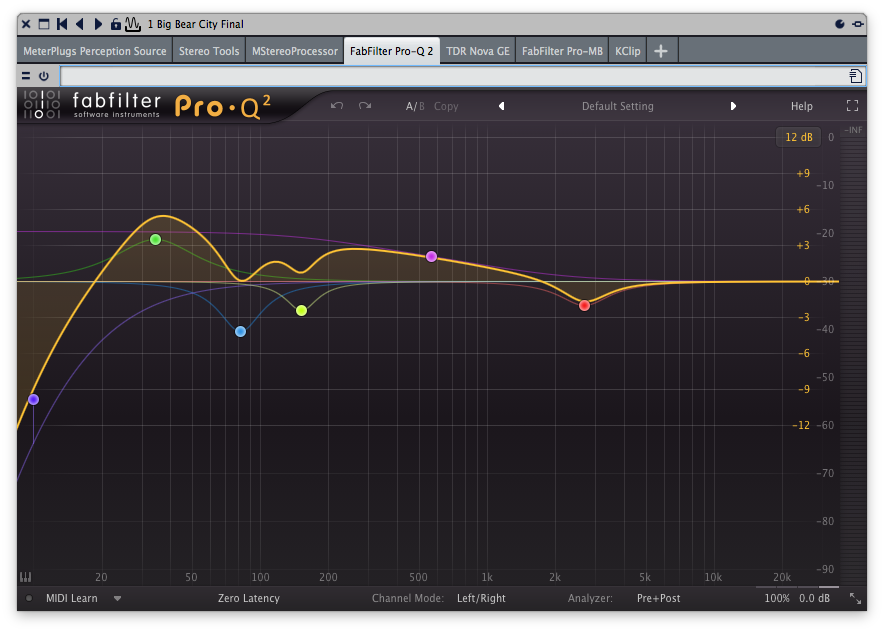 One of my favorite plug-ins lately has been the Scheps Omni channel strip from Waves.

As you know if  you’ve followed me for a while, I think you can make great mixes if you only know how to use five plug-ins:

The Scheps Omni Channel has three of them, which has prompted me to change my mix workflow a bit, focusing on bottoms-up mixing more so than the general middle-out mixing I’m accustomed to.

However, one of the main things I like about the plug-in is their EQ because it forces you to use your ears when you’re EQ’ing instead of worrying about how EQ curves look.

Groovy and cool EQ curves don’t help anyone. But a bass that cuts through the mix because you didn’t care how much you were boosting or cutting will help you make your mixes better. It’s as simple as that.

Try this exercise the next time you’re mixing.

Put a channel strip with an analog-style EQ and do whatever it takes to make one of the instruments sound good in the mix.

Mix in context, not solo. And don’t worry about turning the knobs so much they might fall off.

Then when you’re happy with how things sound, replicate the boosts and cuts on a visual EQ and prepare to get horrified.

But like you already know, how your EQ looks is irrelevant.

And if you can’t figure out where to start with your EQs, check out EQ Strategies – Your Ultimate Guide to EQ here.