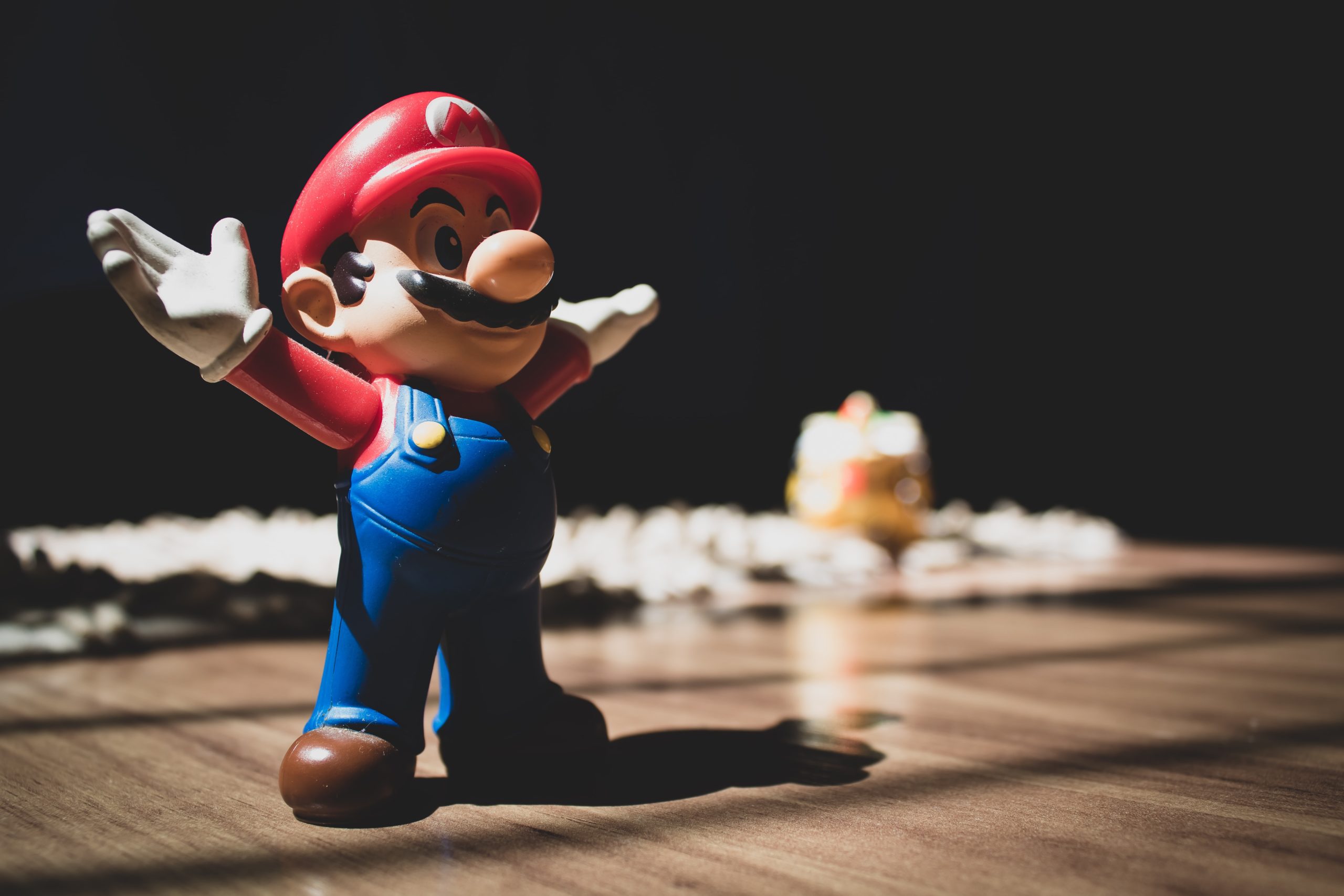 The title of this post is silly. I get it.

But seriously, I want to share how you can go through your music career with purpose, organization, and focus.

All by pretending you’re in a video game.

Because playing video games requires those skills. And your music career is basically a video game.

Yes, Your Music Career Is A Video Game

When I was a kid, I played a ton of video games.

But we also had a Nintendo 64, which had its own set of amazing games. One of which was Super Mario 64.

In this game, you play as Mario, who runs around Princess Peach’s castle, trying to rescue her from Bowser. It’s an open-world game, meaning you can go any which way in the 3D world. It’s not side-to-side play like the original Mario games.

Throughout Super Mario 64, you have to complete tasks and missions within each level.

You collect coins, as Mario does, while you explore the world that is the castle. You solve puzzles, complete tasks, get shot out of a cannon, and race a penguin. You also get to compete against Bowser in some competitions.

Doing these things leads to you completing your missions and, eventually, facing the boss of each level. And as you earn more stars and beat more bosses, you get to unlock new sections of the castle — new levels to conquer.

Once you go through all the levels, you finally make it to Bowser, whom you must battle in order to save Peach.

(Writing this is making me crave the game again).

It’s a really fun game. But it also mimics the reality of the music industry.

How To Beat The Game

If you were to play Super Mario 64, you’d find that, with each task, each mission, you’d be totally consumed by what’s in front of you.

Just solve this puzzle. Just get those coins. Just climb this hill.

This is how it works when pursuing a career in music.

Rescuing Peach is like setting an end goal for your music career — your big picture. When you rescue Peach, you’ve won. You accomplished what you set out to do.

So, figure out what that is for your music career because it’s different for every musician.

Find what you love to do, how you can make money from it, and synthesize it into just a few sentences.

Beat one level at a time

In order to get to Peach, you have to beat all the levels. And you can only handle one level at a time. You can’t unlock new levels until you complete the ones available to you.

This is the same as setting clearly attainable goals in your music career. Goals that will move you toward your big-picture end goal. It’s all about knowing what has to happen for you to win.

Look at your big picture and break it down into small goals. Because if you reach those small goals, you’ll be moving toward what you want in music.

For now, just worry about the level you’re on.

Complete the mission set before you

Within each level of Super Mario 64, you’ve got competitions, tasks, puzzles, and missions. You can’t beat the level without completing all of the missions.

So look at your music-career goals and divide those into tasks you can do on a regular basis.

You’ll finally, one day, rescue Peach from the clutches of a spikey turtle named Bowser.

And you’ll finally have a career in music.