The Basic Stages Of Producing A Song 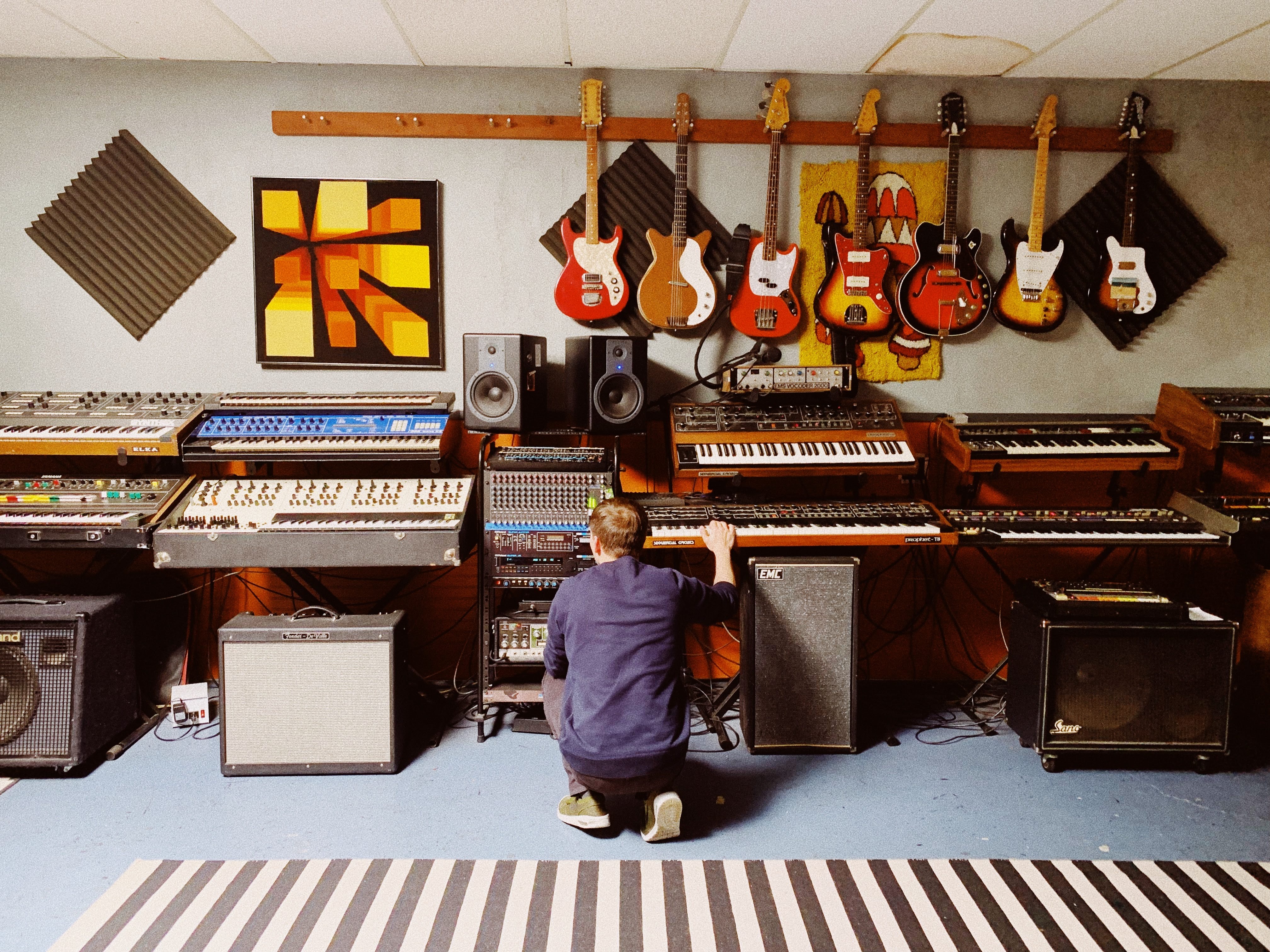 What music producers do — that’s smoke and mirrors right there. It’s like they pull awesome tracks out of their pockets.

Nah, it’s really not that complicated, once you break it down.

And in this post, I’ll break down the basic stages of putting a song together, from conception to completion.

It All Starts With Songwriting

If your fully produced song is a building, think of the songwriting as the foundation. It’s the cement and support beams and the dirt floor. Everything else relies on it being solid.

That’s why great production can’t make a terrible song a good song. Yeah, you could make it catchy, but the song will be, as Bob Dylan says, “blowin’ in the wind.” Here today, gone tomorrow.

So if you’re the songwriter on a track, you’ve got to deliver.

If you’re the producer and you’re working with a songwriter, choose wisely.

If you want a song to be great, don’t pick a songwriter because they’re your friend. Work with them because they craft the kind of songs you want.

After you’ve written, co-written, or commissioned a song and it’s completely finished, it’s time to imagine what it will sound like. It’s time for the arrangement stage, or as I like to call it: messing around until you find something that works.

Granted, you’re a musician so you obviously know where to start musically.

You may like to notate all the parts on sheet music before you start recording. But a lot of arranging is just trying things out.

Testing a chord progression. Tinkering with a melody idea. Jamming on your MIDI controller until you find the right beat.

I’ve found it helpful to try every idea I have and save it as a take so I can see what I think of it later. That way, I can sort through all my ideas at once and pick the one that resonates the most.

Music arrangement will most likely involve your digital audio workstation (DAW). Maybe you’re someone who can hear all the parts in your head at once, but most of us aren’t like that. We need to hear what our ideas actually sound like, to hear if they work together.

For me, arranging my songs is a huge part of the recording process. I start with a basic idea of how I want to produce the song — this could be a melody I hear, a rhythm I feel, or certain instruments I want to include. Then build on top of that by experimenting.

Did you know Paul McCartney recorded 32 takes of The Beatles’ song “Blackbird”? And you know what else? His very last take is the one that made the official recording.

From this story and from my own experience, there’s one thing I’ve definitely learned: record one more take. Always.

Even if you’ve just recorded the perfect performance, do it again, just in case.

This ensures you get the right stuff, and it can also lead to something new.

Maybe you realize a certain way to pluck your guitar or hit that note or crash that cymbal that you wouldn’t have heard if you didn’t do one more take.

Re-recording is important. It’s better to make the song sound as great as possible before you add any effects, mixing plugins, or master it. The instruments should sound good at the source. And if it takes re-recording to get there, then go again.

Now that you’ve got a bunch of takes for each instrument, you’ve got your work cut out for you. It’s time to go through, find the best takes, slice, dice, shift, nudge, stretch, and whatever else you want to do.

Personally, this is one of my favorite stages of music production. This is where I have a lot of fun reversing things, pitching things, and really experimenting.

But it’s also a tedious stage of the process.

On top of picking the best takes for each instrument, this is where you make sure the song doesn’t have any unwanted sounds, like clicks, hums, or buzzes.

You’ll make sure everything is lined up and on time. You’ll triple-check that the arrangement works and that you’ve recorded everything to sound as good as possible.

Take note: the stages of arranging, recording, re-recording, and editing often overlap. What I’m presenting is not a uniform process because producing music is different every time you do it. This is more of a general guide.

Make It Sound Professional With Mixing

However, one thing that should not overlap with these steps is the mixing process. When you start mixing, your track should be completely arranged, recorded, and edited.

You’ll set the gain levels and pan instruments to give the song width and depth.

You’ll use plugins like EQ, compression, reverb, delay, and any other effects you want to make the song pretty.

You’ll boost and cut frequencies, give the song more dynamics, and bring out the star instruments.

If you’re looking for a detailed guide on how to get started mixing, check out our ultimate guide.

Polish It Up With Mastering

Okay, now that your song is sounding professional, it’s time to polish it up and make it as professional as possible.

Mastering brings up the loudness to industry standards. It subtly adjusts EQ and compression. It makes your song sound wider.

There’s a debate in some circles over how to master your songs. Should you hire a human mastering engineer or use an automated mastering service?

Well, if you can afford it, hiring a mastering engineer is preferable. The engineer can be set of objective ears, just in case there are glaring problems with your mix or arrangement.

However, automated mastering is a good alternative for those on a budget. You can your songs sounding like Spotify-playlist-ready songs for a fraction of the price.

Either way, you need to master your tracks if you want pro-level songs.

Alright, now you know the basic stages of producing a song! Now get creating…