How To Expand Your Home Studio’s Inputs and Microphone Arsenal for Only $1,000 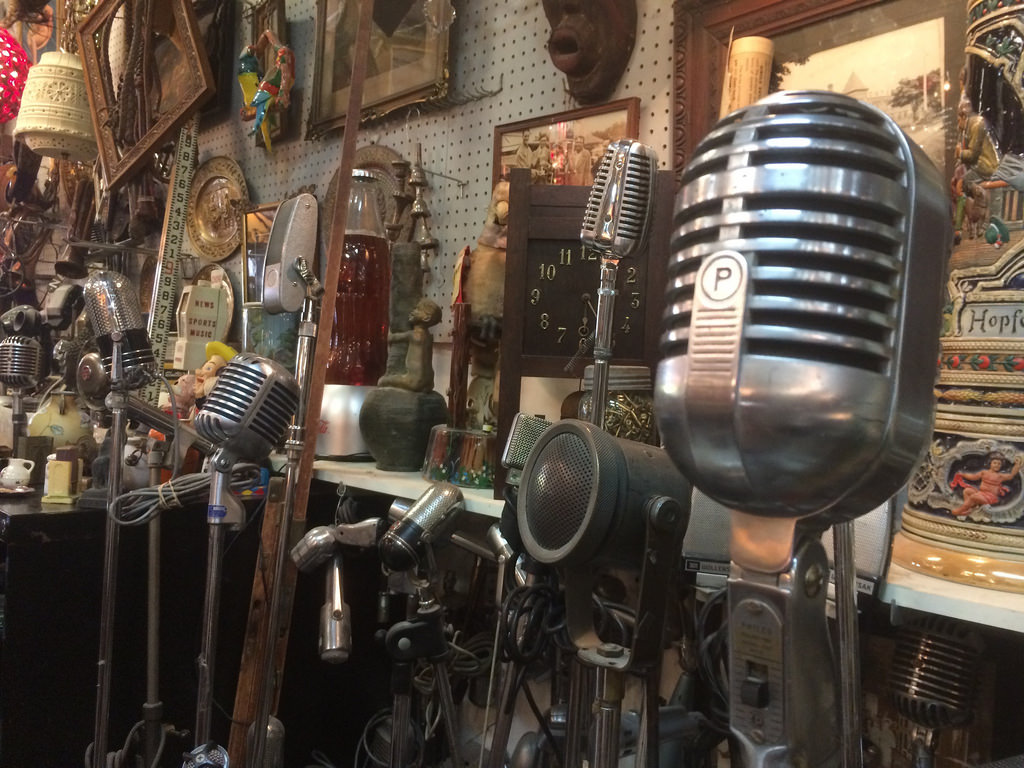 If you just joined the fray, we’ve been shopping together on Amazon for the last week.

Yesterday we awarded some prizes to some really great shopping lists but today it’s my turn.

My hypothetical $1,000 will be spent in a variety of ways, and I’ll argue my case for each piece of gear.

First off, instead of drooling over replacing stuff I already have I’ll be looking at stuff I actually need.

This is something I think is important and should be stressed. When you’re shopping for gear, think about needs rather than wants.

So in that regard I’m all set. Don’t need to look at monitors, however much I’d like some new ones.

I don’t actually want new ones, but for the sake of argument let’s assume that I think a fourth monitoring system would be a good idea…

I’m also relatively set on acoustic treatment. My home studio is pretty well treated, as you may know from the expert advice I got from Auralex (and how I saved over $300 by finding simple alternatives to their expensive treatment).

So that leaves a few things that I actually want, which fall into two categories:

I have a very specific method for shopping that helps me get the biggest bang for my buck while also not getting the cheapest stuff that sounds awful. I give you a thorough overview of how to do the same in my Recording & Mixing Strategies bundle.

I had a hard time choosing between a couple different interface styles.

I could either go budget and save money for microphones or get more versatility and quality at a higher price. 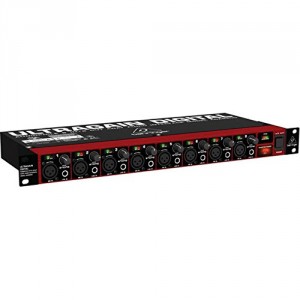 At only $199 it will leave me with $800 for microphones! It also gets a favorable nod from Sound on Sound in addition to great customer reviews. Since the Midas acquisition Behringer has actually stepped up the quality of their gear quite a bit so compared to the older ADA model this one might be a great addition if you need extra microphone inputs. However, it’s not an actual interface that I can hook to the computer so I would always need my Apollo if I wanted to do on-location recording. 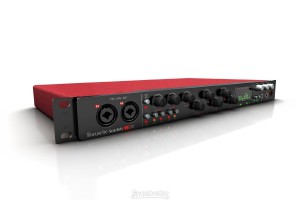 As far as 8 channel interfaces go the Scarlett series gets a lot of recognition. Many of the commenters in the Window Shopping Challenge cited either the 2i2 or the 2i4 as something they would purchase.

At $300 more you would hope that you’re getting higher quality pre-amps because otherwise it would be hard to justify the purchase. In addition, it does work as a stand-alone interface if I wanted to throw it in the backpack with my computer for some on-location recording.

Winner? Behringer ADA 8200. What can I say, I’d like a bigger budget for microphone!

With $800 left I want a combination of versatility and quality. I don’t want to buy bottom of the barrel microphones but I also don’t want to splurge on a single microphone either.

With that in mind I need to think about my needs. Sure, I’d LOVE a $799 Royer ribbon mic, but then I wouldn’t have anything to mic a kick drum or a bass cabinet.

So here’s what I decided:

I originally thought buying microphones separately would give me more options when it came to drum miking. If I bought a matched pair of small condensers like the Rode M5s or the Berliner Cm-33 I could also buy a kick drum mic and then cobble a drum mic kit together with the microphones I already have.

But then I thought, I actually really want a ribbon! Even if it isn’t the best ribbon ever made I think having that in the mic arsenal is important.

So I went looking for relatively inexpensive ribbon microphones and cross referenced them to one of my favorite websites, Recordinghacks, where I found this excellent article.

After some Amazon searching I came across this ribbon pair that I thought was too good of a deal to be true. So I dug even further into the Recordinghacks database and found this article on the Fat Head II. At that point I couldn’t pass up the opportunity to have a pair of ribbon microphones in the studio. 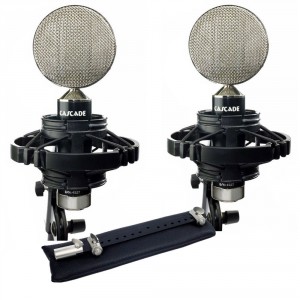 So that left me with about $400 to spend on drum microphones.

Graham Cochrane has a good point when it comes to drum packs:

“With a lot of these bundles, you’re getting good dynamic mics that clip on your toms and snare, a dedicated kick mic, and some condensers for overheads. That might work great for drums, but there’s not much you can do with 80% of those mics when it comes to recording guitars, vocals, piano, etc…I’d recommend you start by spending that same amount of money on a couple of all around solid mics and build from there.

But I already have a few condensers and dynamic microphones as well as my imaginary ribbon pair I just bought. 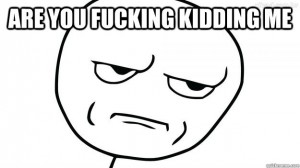 I would hazard that the small diaphragm condensers in these packs would be perfectly fine on instruments as well and considering that I don’t have any small condensers it might be worth it to buy the pack just for that.

But you know what’s cool on toms?

So if I decide to leave the tom miking to the various mics I have left over I can buy my favorite kick drum mic and a stereo pair of small condensers.

Winner? The Audix D6 and the Rode M5 matched pair, especially after reading this Sound on Sound review, 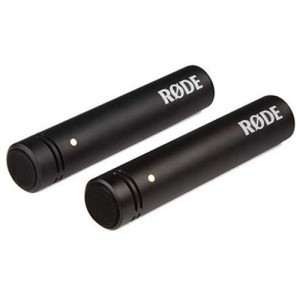 Hypothetical shopping is fun and showing my results to my thousands of readers is interesting because it makes my recommendations more serious.

In my case I wasn’t looking to set up a home studio from scratch. I already have an article on that.

I was looking for very specific pieces of gear that would complement what I already have. With a limited budget and a mindset of finding the best stuff that suits my needs (not wants) I think I was able to give you some insight into how you can become smarter at shopping for your equipment whenever you need it.

Leave a comment below and let me know what you think. How do your shopping methods compare with mine?