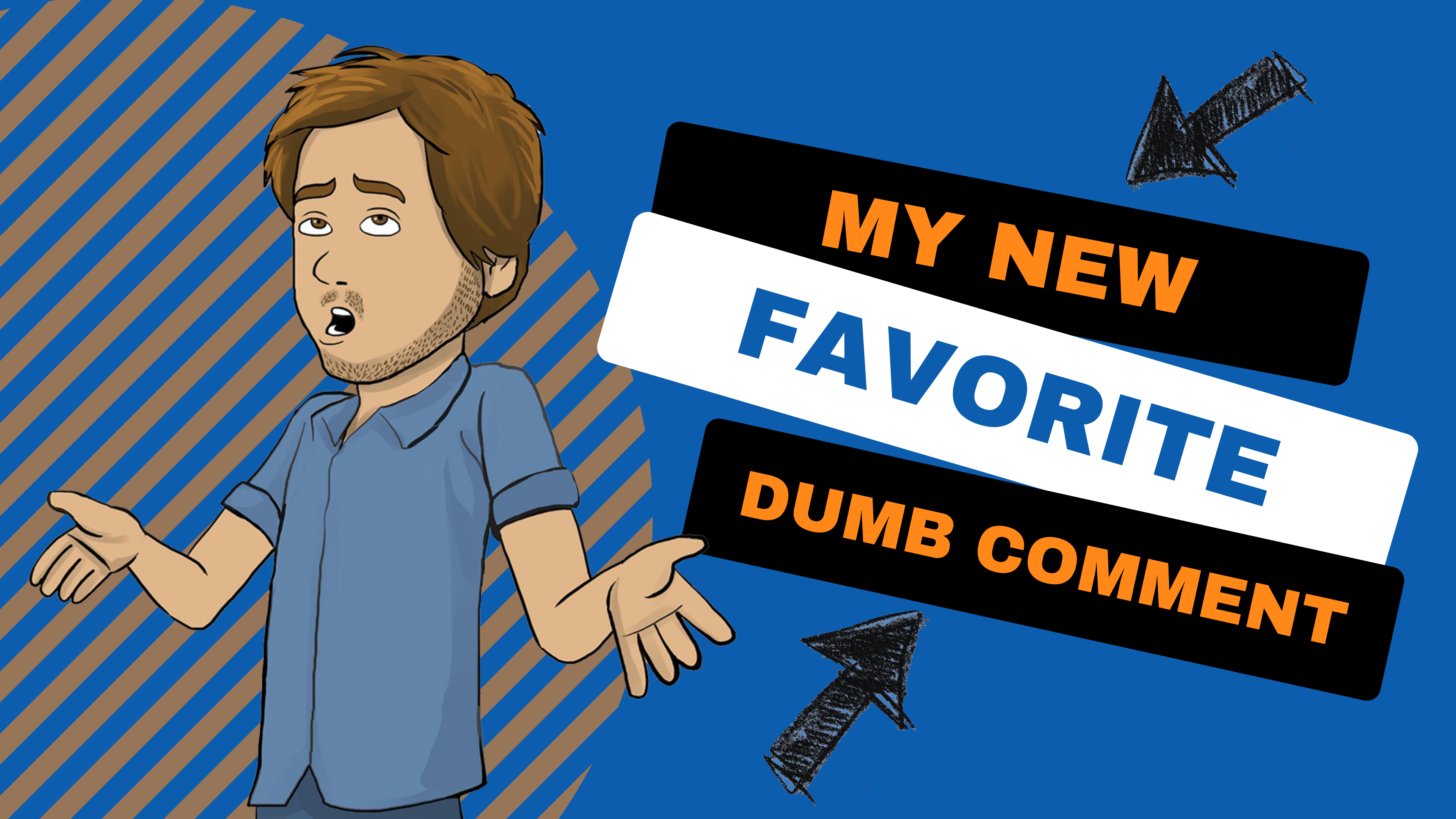 If you want to grow your authority and succeed (online or off), you will inevitably face The Haters.

I’m a big fan of The Haters. Especially when I hide their comments on my ads so that they don’t even know that they’re screaming into the void.

They’re like the garage band that never plays a gig, but loves being holier-than-thou and pretentious toward anyone who dares putting themselves out there.

I’ve already written about my favorite piece of hate mail and all my worst reviews, so let me tell you that as long as you continue growing your presence and helping people, you’ll always get the occasional annoying troll coming around.

Take it as a sign of success. A badge of honor.

It’s not easy baring your soul in a song or releasing a record about your emotions, but you’re a better person for it.

The Haters on the other hand? They’re just as shitty as they were yesterday because they still haven’t accomplished anything. They’re too busy criticizing other people instead of working on themselves.

I think most creative people who get out of their comfort zone and put themselves out there deserve respect. Even if you don’t like their particular blend of creativity, they still deserve the benefit of the doubt because it might just be that you’re not their target audience.

Take my book Step By Step Mixing for instance.

It’s for beginners and intermediate musicians, engineers, and producers who want to understand the fundamentals of mixing and learn the 80/20 workflow to create release-ready mixes every time, even if they just have a budget studio.

It’s also for people who want to keep a “Beginner’s Mind” that might give them a different perspective on the music that they’re already mixing.

However, it’s not really for the advanced engineers who don’t need more training because they’re already operating at an A-List level.

And it’s ESPECIALLY NOT for the annoying commercial studio curmudgeons who think they know everything.

Anyway, today’s rant was inspired by one of my favorite new comments on my Step By Step Mixing ads:

To which I say, EXACTLY! That’s why the first chapter of the book is literally called “Mixing With NO Plug-ins.” 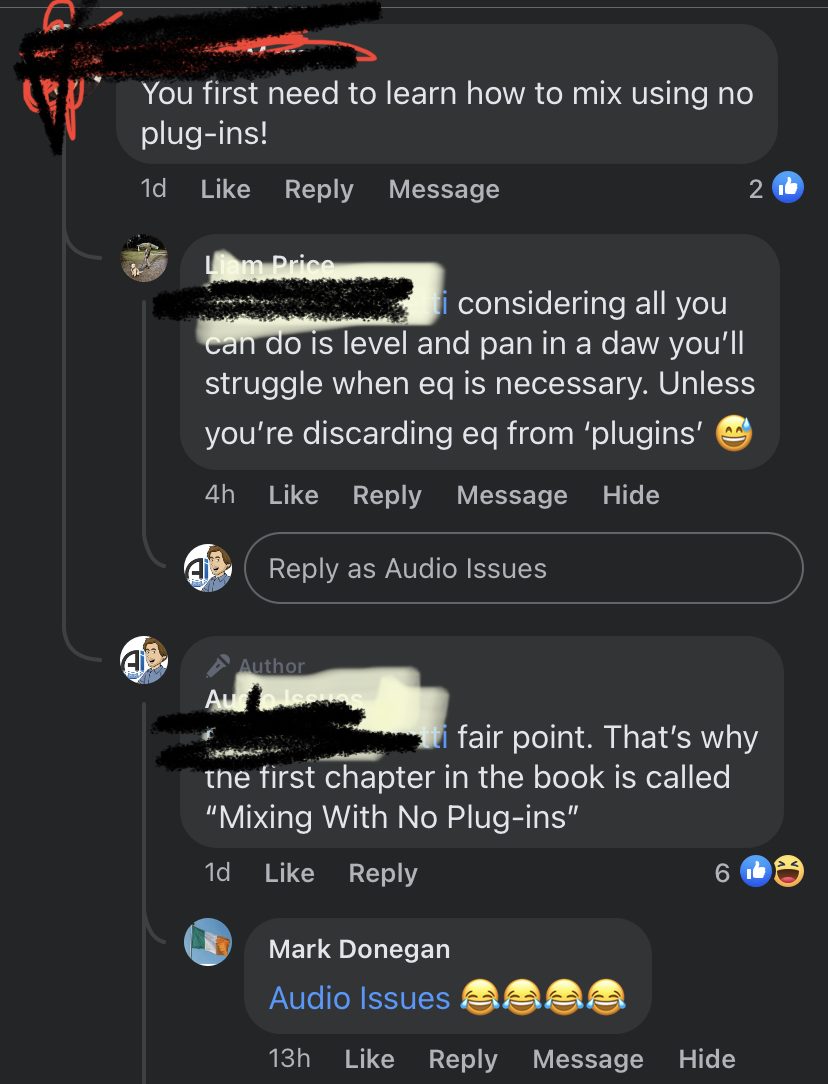 If you’re one of the thousands of students who have learned from my methods already, keep doing what you’re doing. Put yourself out there and keep making records you can be proud of.

And if you haven’t grabbed your copy already and want a no-nonsense guide that helps you through the ENTIRE mixing process from start to finish…click the link below to get it now: